When Josh first mentioned Matt and Jesse of Onell Design (blog) to me regarding this year's Summit, he never mentioned their Glyos system figs, Microshow, or any of their other Microman-esque toy designs.

All he said was that these are the guys behind Beantown Toys. I checked out the site and thought they were interesting toys...especially the few beans that clearly refer to classic Japanese characters (like the Robocon one!) or are obviously sci-fi in nature. But ultimately, they are what they are: just neat Boston-based souvenir trinkets. Sure, they've got prototype vehicles and suits and such in the works(!), but I can easily see how they're not everyone's cup of tea.

It wasn't until I actually got to hang out with Matt and Jesse when I realized that these guys had a LOT more up their sleeves. But not only that, Matt's house is absolutely littered with all sorts of toys--Japanese and domestic, cheapie goodness and high-end extravagance. These guys know what has come before, and the toys they make stand very tall on the shoulders of some venerable giants. It's a treat to listen to Matt describe all the various Japanese influences on every little aspect of their Glyos figures. 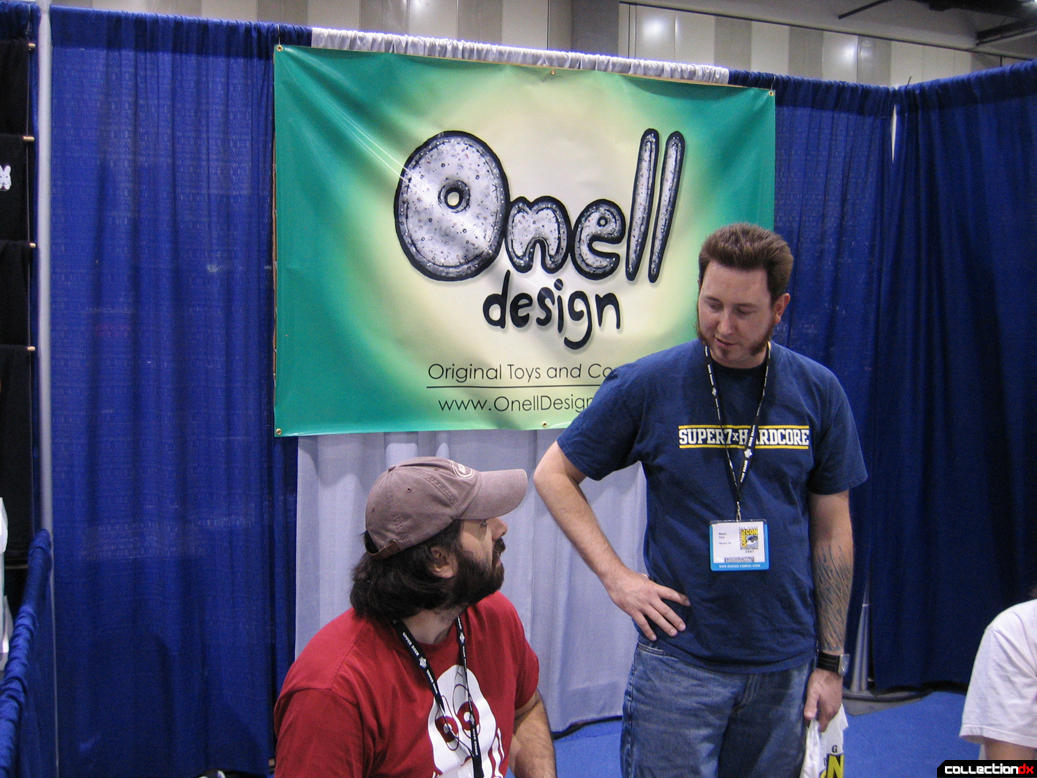 Their sincere love of toys has led them to create their own line of modular, nearly-indestructible figures. The idea was to create a figure that was interesting to look at, fun to play with, and durable enough to keep in your pocket all day long! The characters were to have a vague background story only hinted at on the packaging and inserts; just enough of a taste to fuel people's imagination. I can definitely tell you that they've succeeded! The Comicon was my first chance to see the figures up close. I was quite impressed! Not only were the figures cool for all the reasons I mentioned, but I noticed a funny thing: adult toy collectors like those who frequent this website as well as young kids were stopping by in equal numbers! That was something none of the other "art" or "designer" toy makers could boast. That really says something. 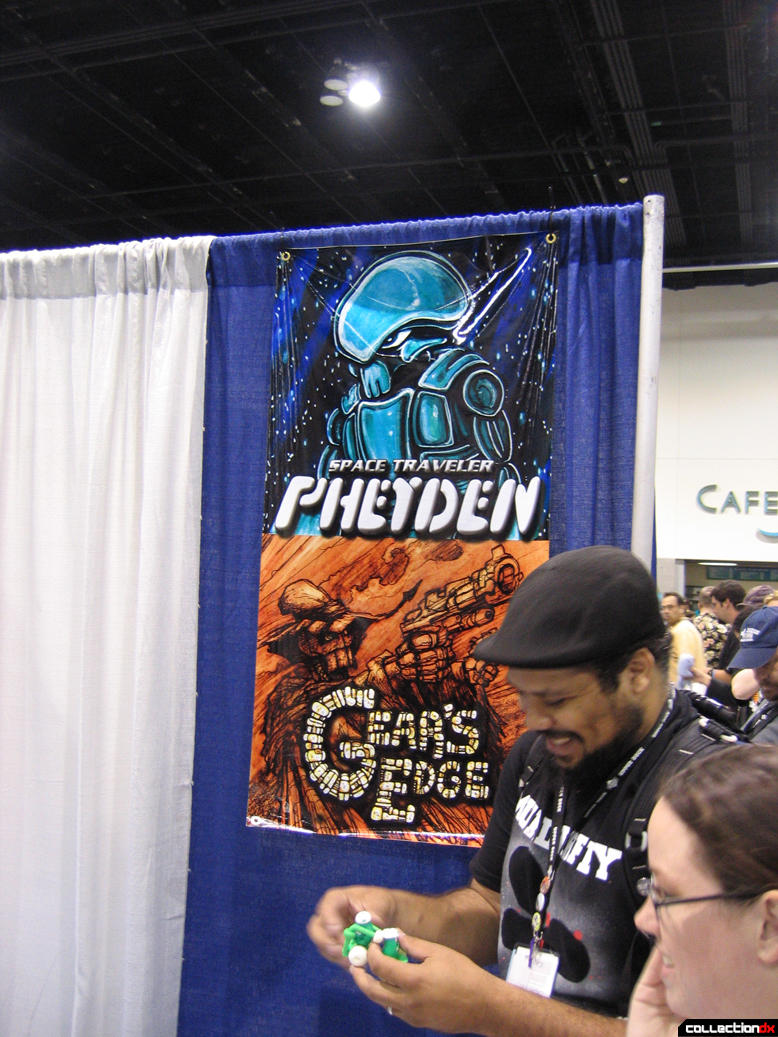 At the show, I picked up two Exellis figures and upon returning to the Bean, Matt gave me a translucent green Pheyden: Interestingly enough, the topic of these figures' durability came up on the TBDX forum. Forumite, Japester called me out on my statement that you could throw one of these figures against a wall with all your might without damaging the toy one bit. His challenge was for one of us to post a video of performing this very act. I counter-challenged stating that if we posted such a video, he'd have to buy one of these figures; he accepted!

The fallout has been hilarious! First, Josh took a swing: