Master Replicas, while not a traditional toy manufacturer, per se, has come through with some wonderful collectibles over the years. In fact, later during our trip to California, I got my first chance to mess around with one of the super-popular Force FX light sabers. Ironically enough, however, none of these were on display this year at Comicon. But Star Wars fans, fear not. The items they were showcasing were the pinnacle of high-class!

Seemingly the most popular items were the mini-helmets. Getting folks out of the way long enough to take a picture was tough! And I'm far from a Star Wars fan, but y'know something, these things were really cool. Check 'em out: 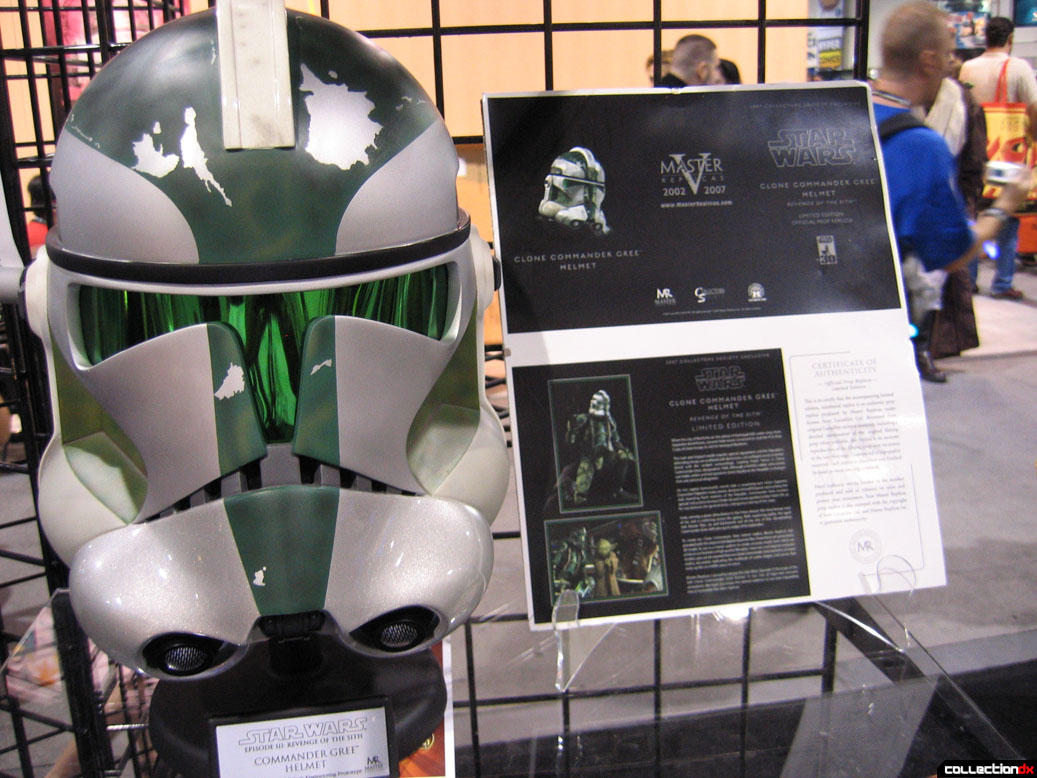 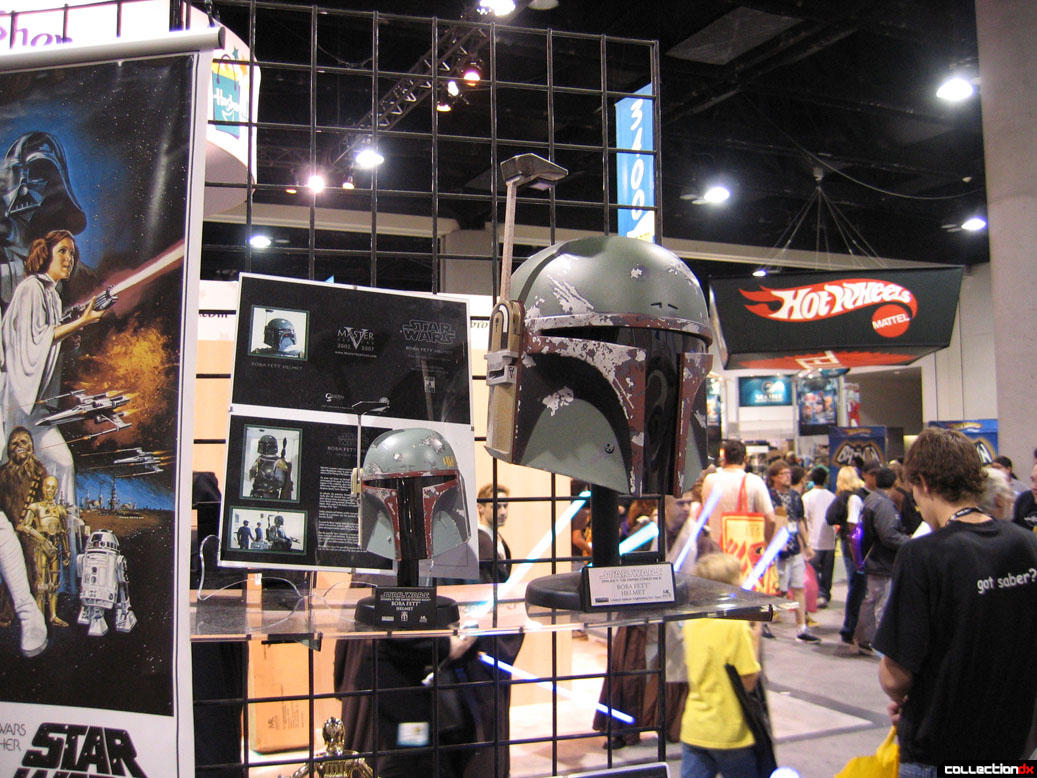 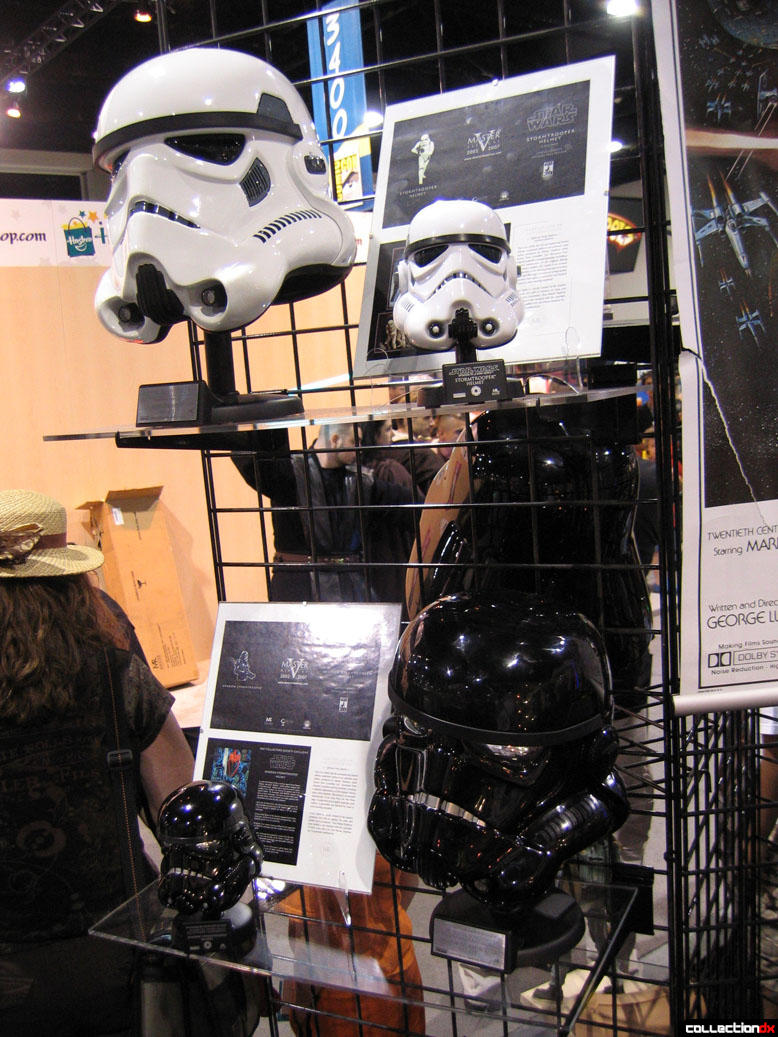 They had some fresh replicas (duh): 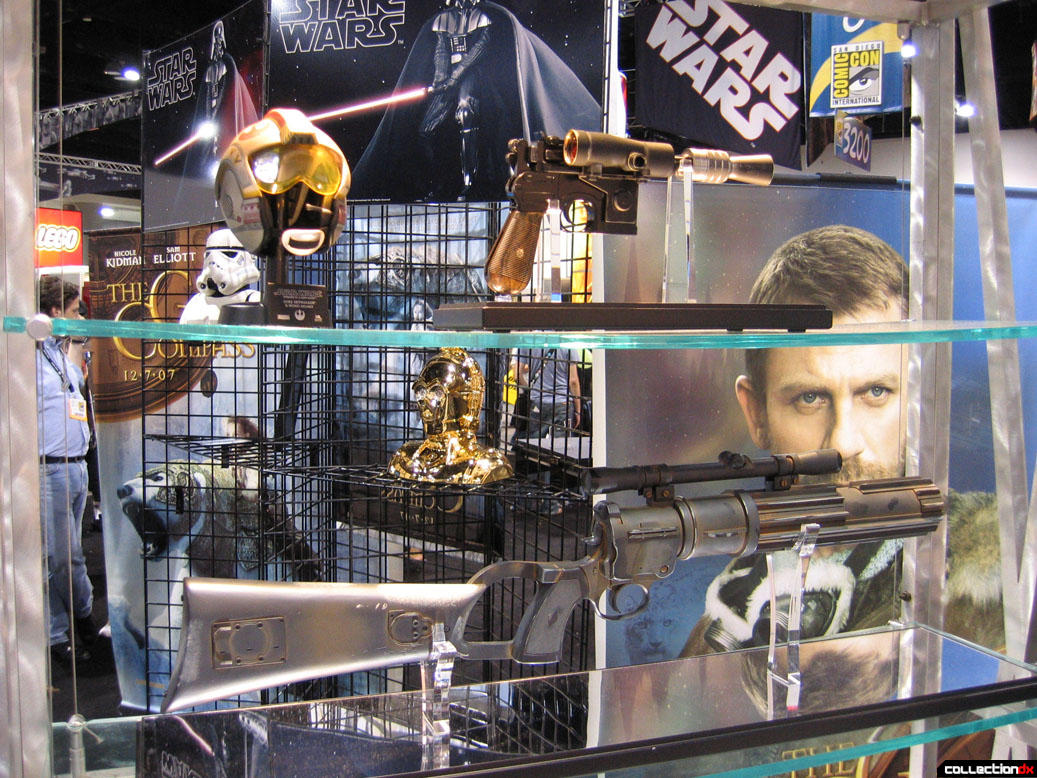 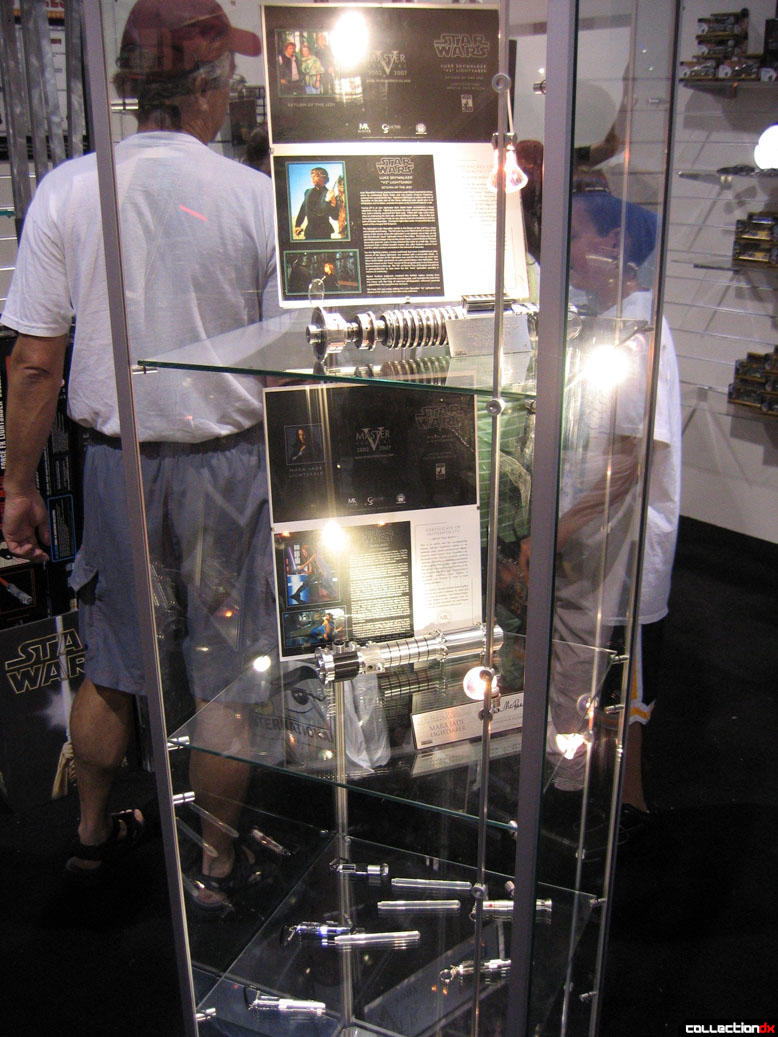 And they had maybe the single coolest Millenium Falcon I've ever seen: 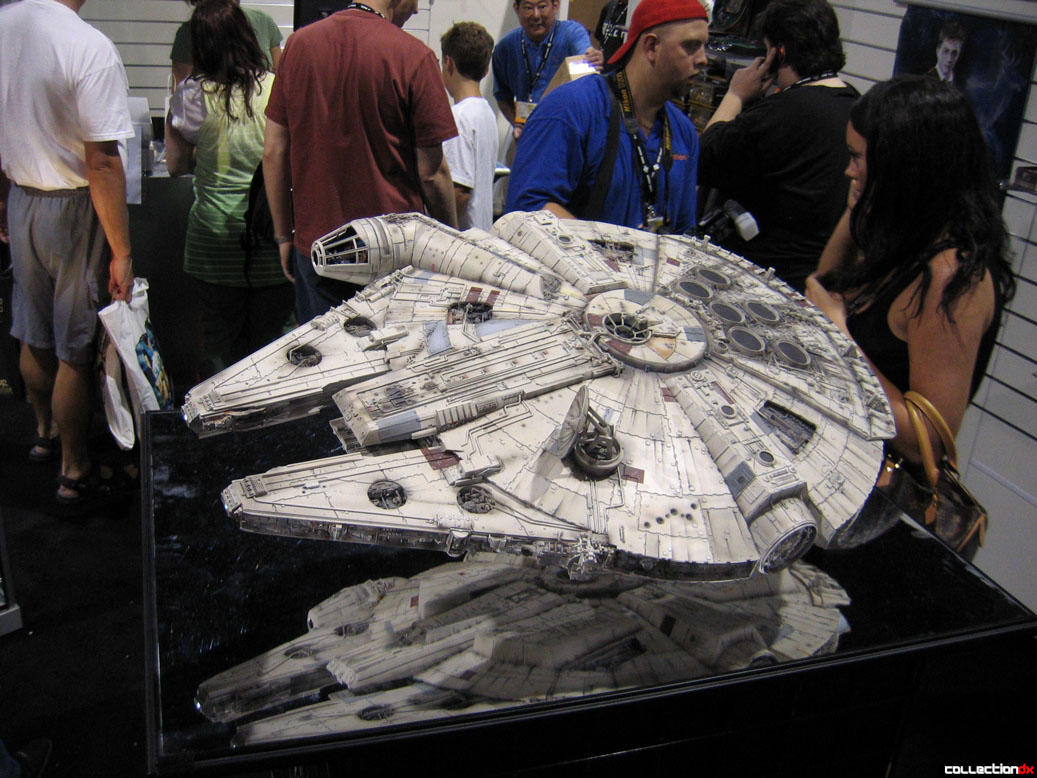 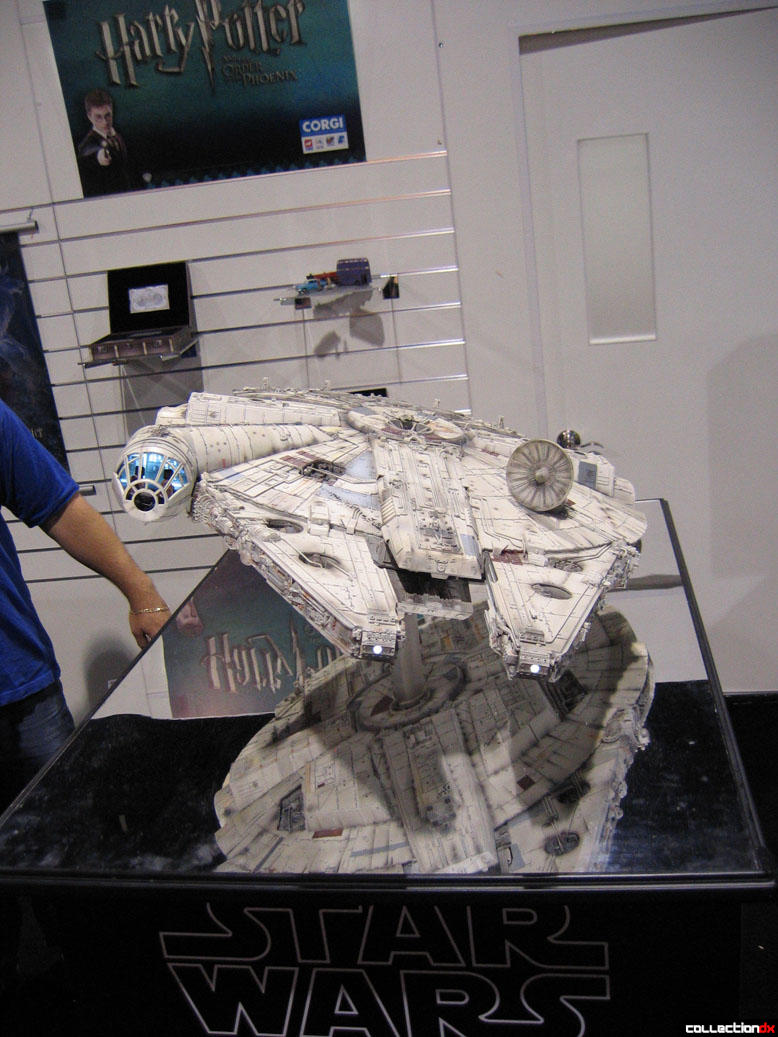 If you look carefully, you can tell that the bridge is illuminated! There's an lit screen depicting the back wall/entrance to the bridge!

Complementing the Millenium Falcon is the starship, Enterprise, from another well-known sci-fi "Star" series! 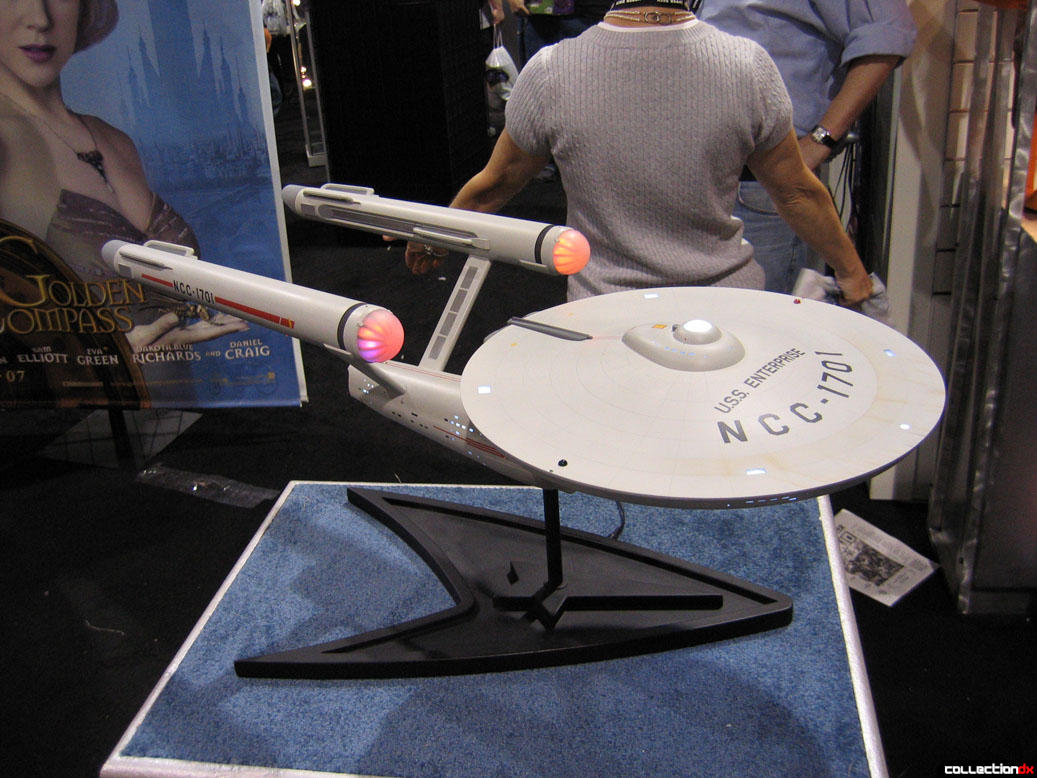 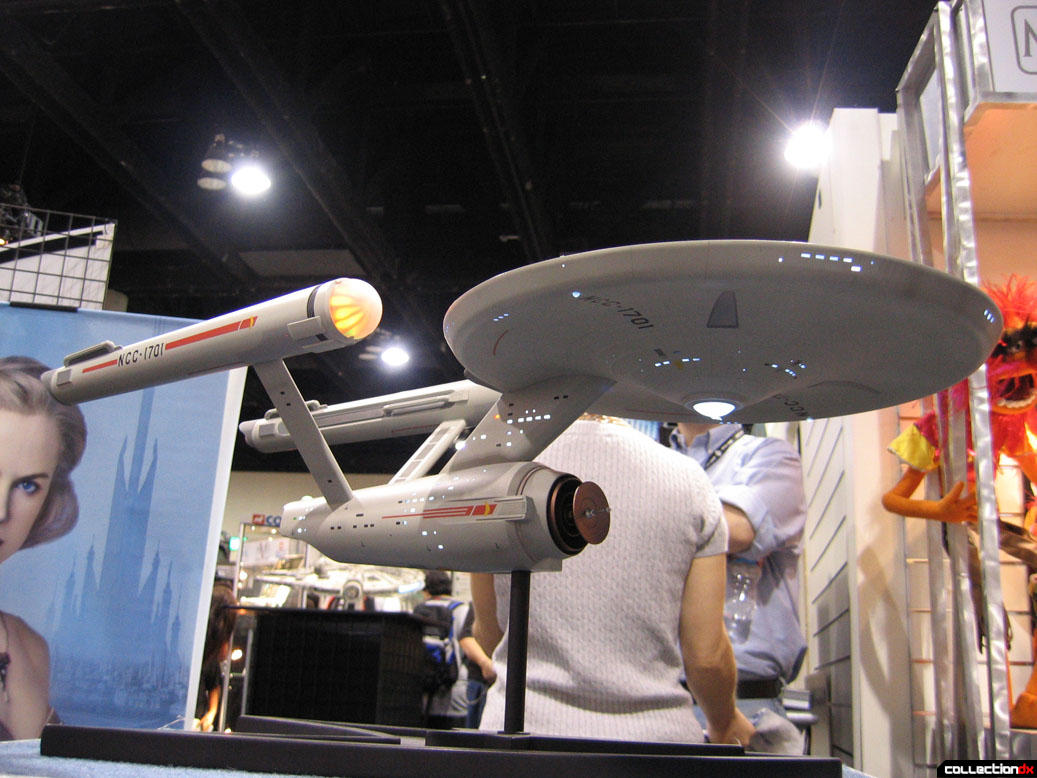 All the lit items on the ship from the original show are illuminated on this model. Though you can't tell from stills, the tips of the nacelles have that strobey rotating light thingy going on! 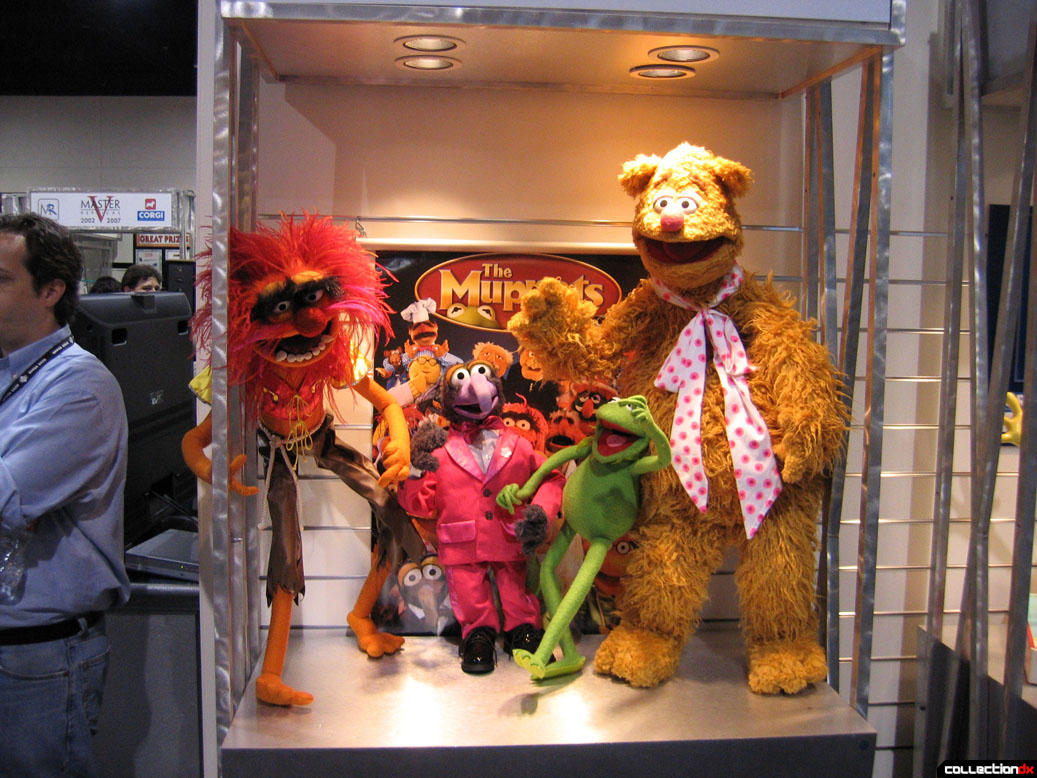 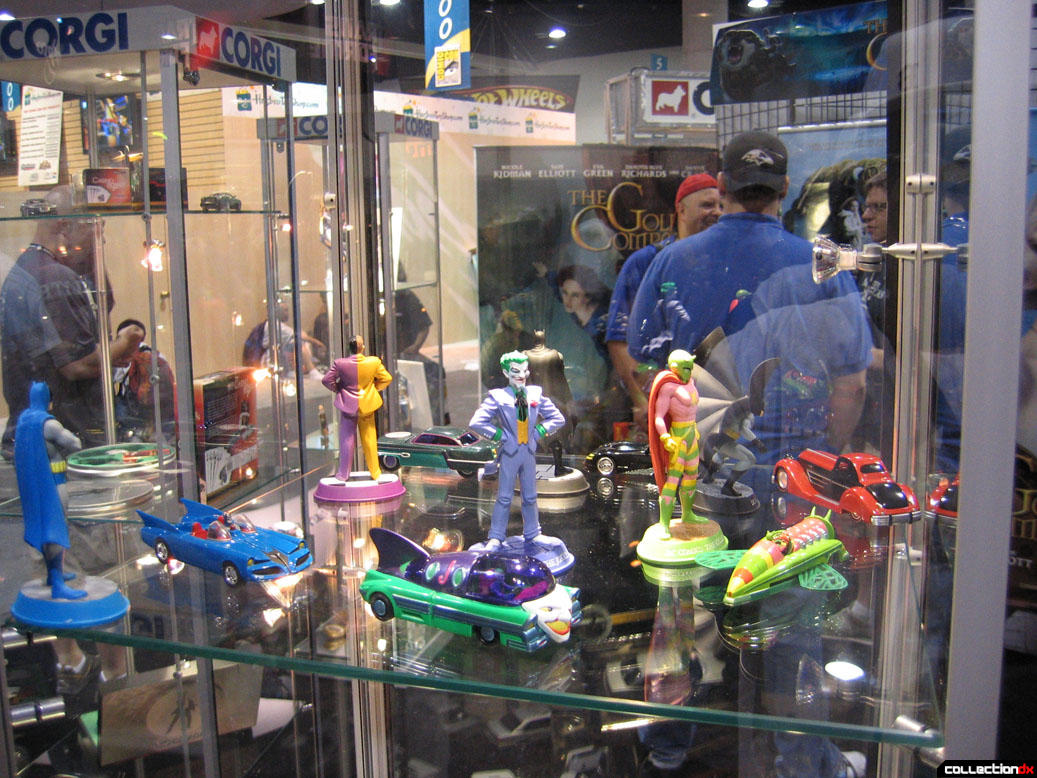 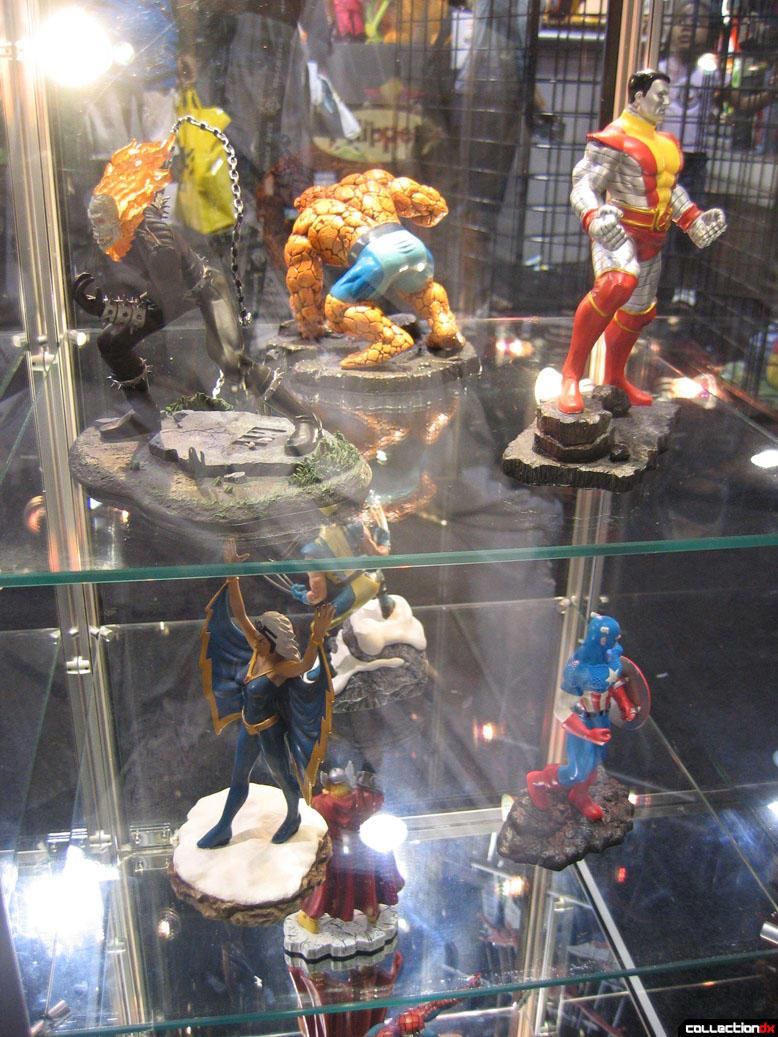 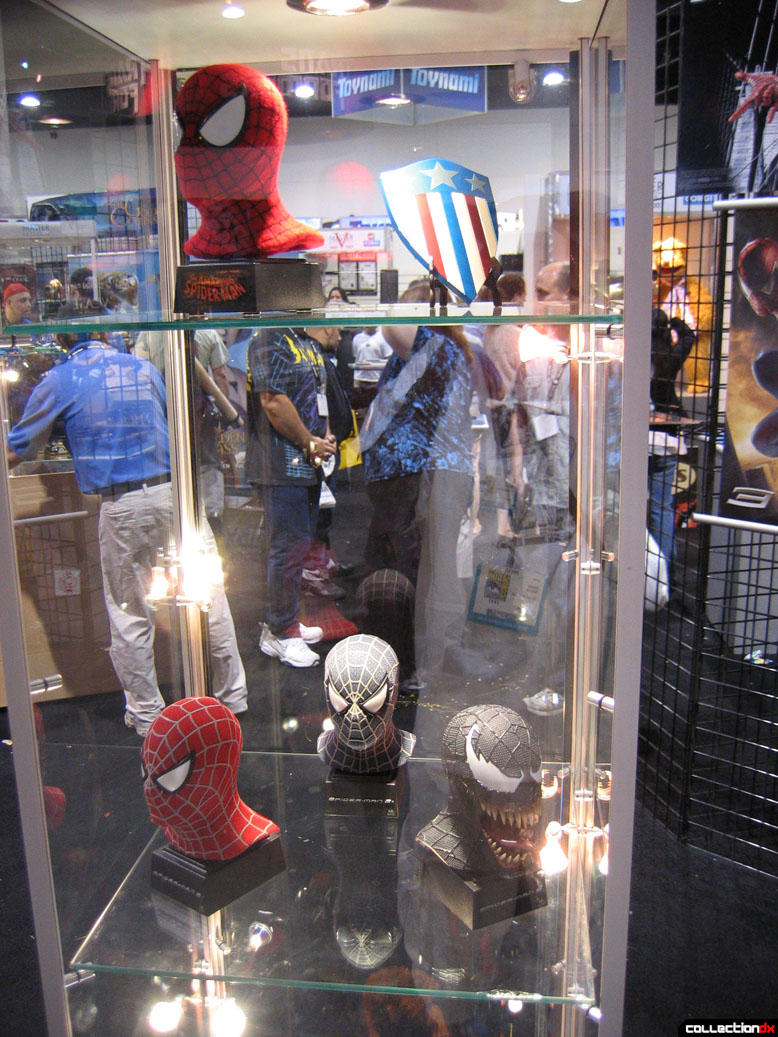 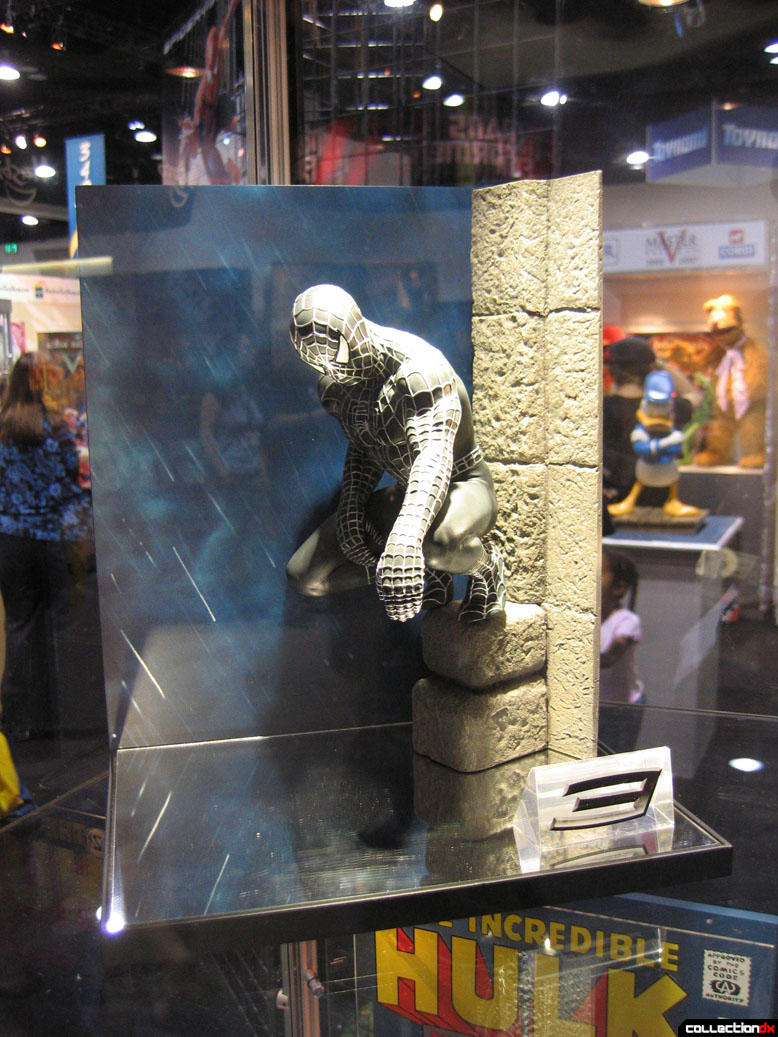 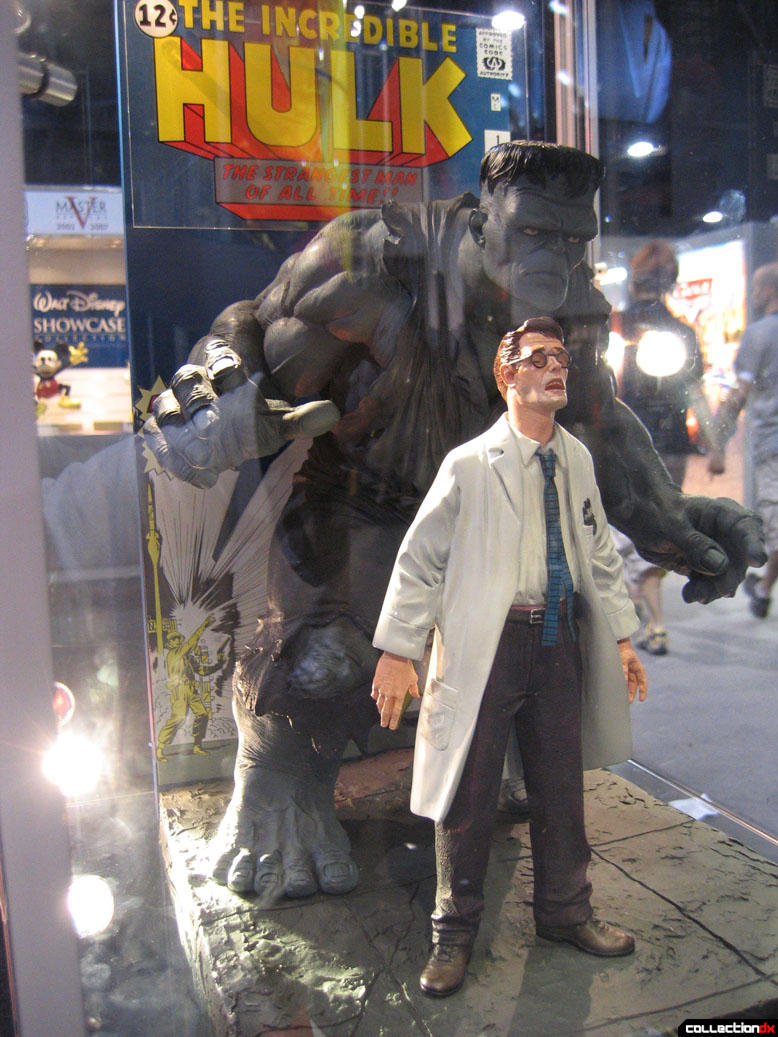 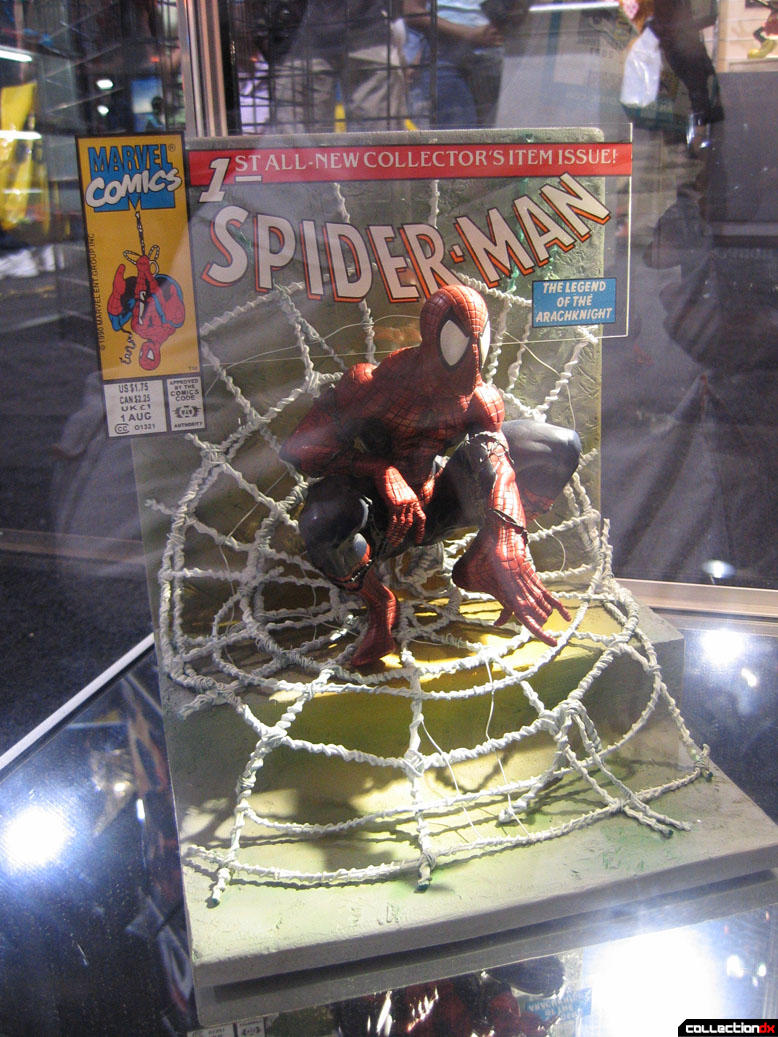