That's pretty much what I said to one of my buddies when he told me about this wacky thing. The part that totally caught me off guard is that this friend was NOT a toy collector at all! I think he saw me one day wearing my "Got Kaiju" ClubTokyo shirt or maybe he overheard me say the word, "kaiju" when talking about toys...when he suddenly brought up Kaiju Big Battel.

Part of me was a little ashamed that I had no idea what he was talking about. ME! One of the biggest Godzilla nutjobs in the tri-state area! Fortunately, I'm a quick study!

But seriously, who is Kaiju Big Battel? Well, here it is, straight from the monster's mouth...

About Studio Kaiju
Studio Kaiju, an independent Boston-based performance and media group, is the creator of Kaiju Big Battel, the world's only live monster mayhem spectacle. Producer of consistently sold-out events, Studio Kaiju is best known for its live tournament-style performances, which are a character driven, tongue-in-cheek hybrid of American pro-wrestling, Japanese monster-movies, and lowbrow pop-culture. These multi-media events, complete with over-sized monster-movie props, a towering "Danger Cage", and miniature cityscape, can also be enjoyed from a safe distance thanks to the Kaiju Big Battel DVD series from KochVision and the Hyperion Books release Kaiju Big Battel: A Practical Guide to Giant City-Crushing Monsters. 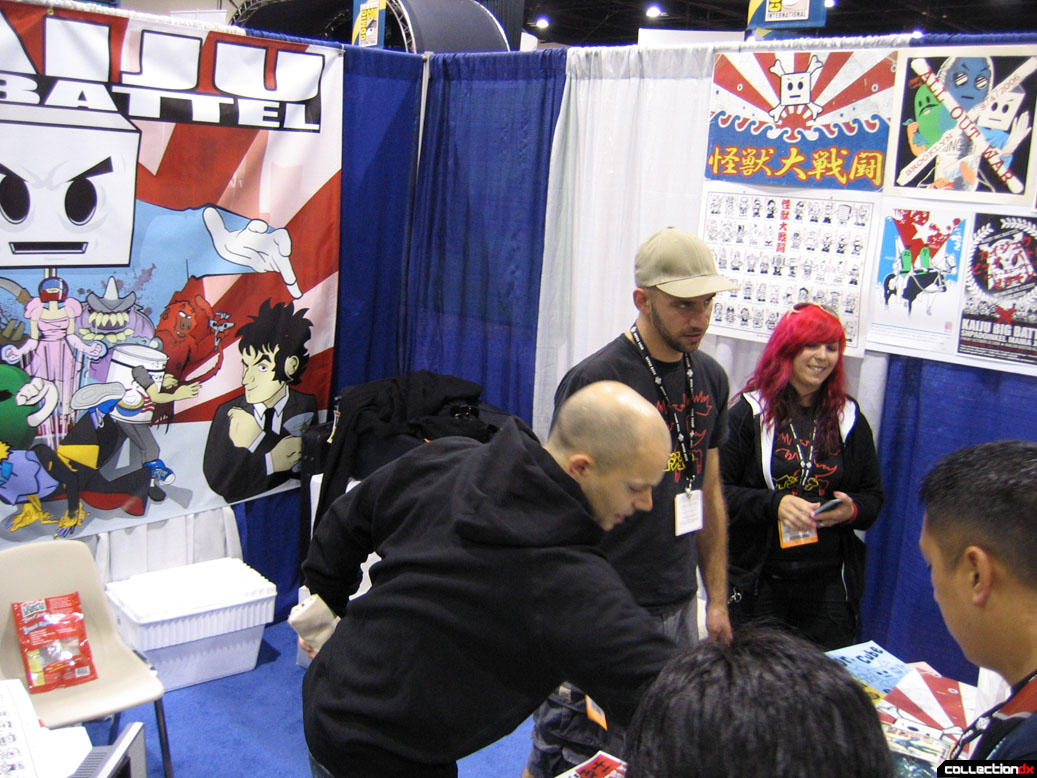 Some of the folks from KBB came to chill at Comicon this year and it was a blast hanging out with them. We met KTron and the others one night after the show had closed for the day...small world: turns out they're tight with our good buddies at Onell Design!

This led to some interesting times on the San Diego beaches Saturday night. Bonfires. Arm-wrestling with Super7 and Gargamel. Yup.

Anyway, at their actual booth, they had plenty of cool stuff to show us: 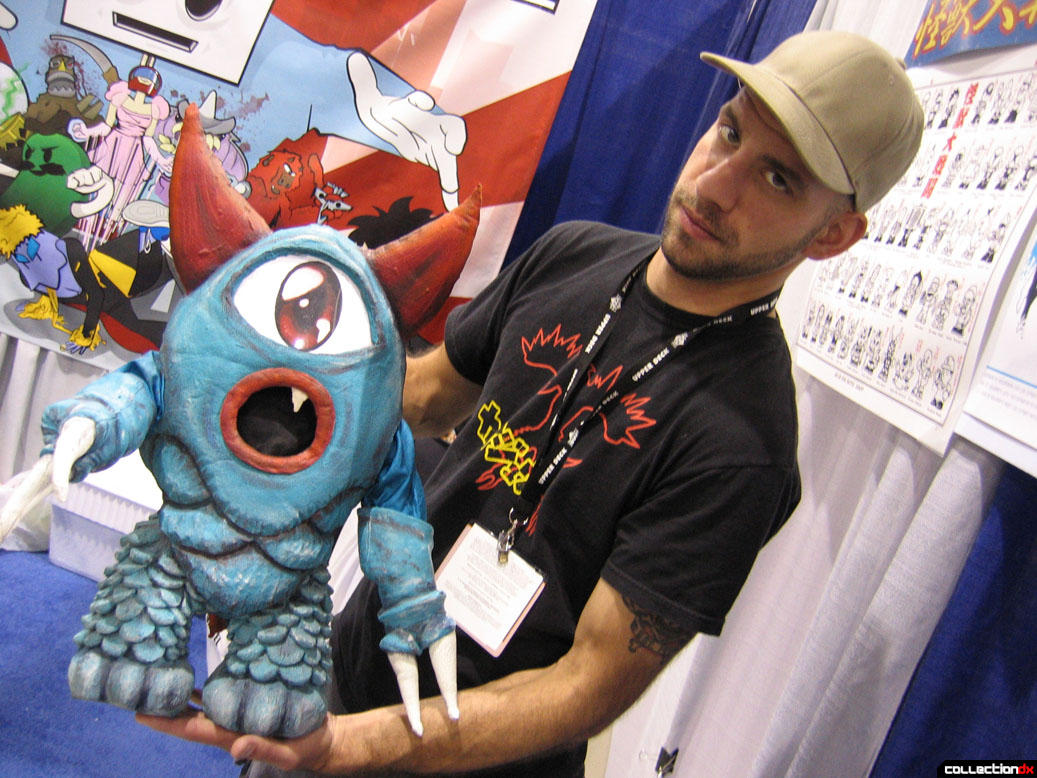 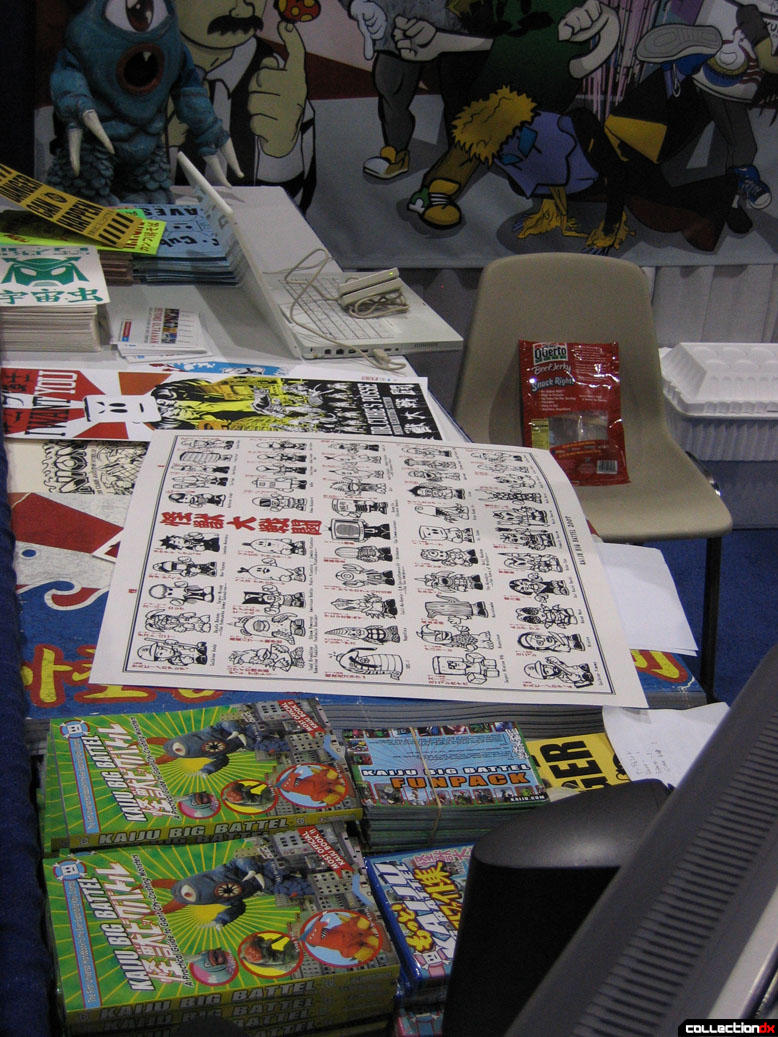 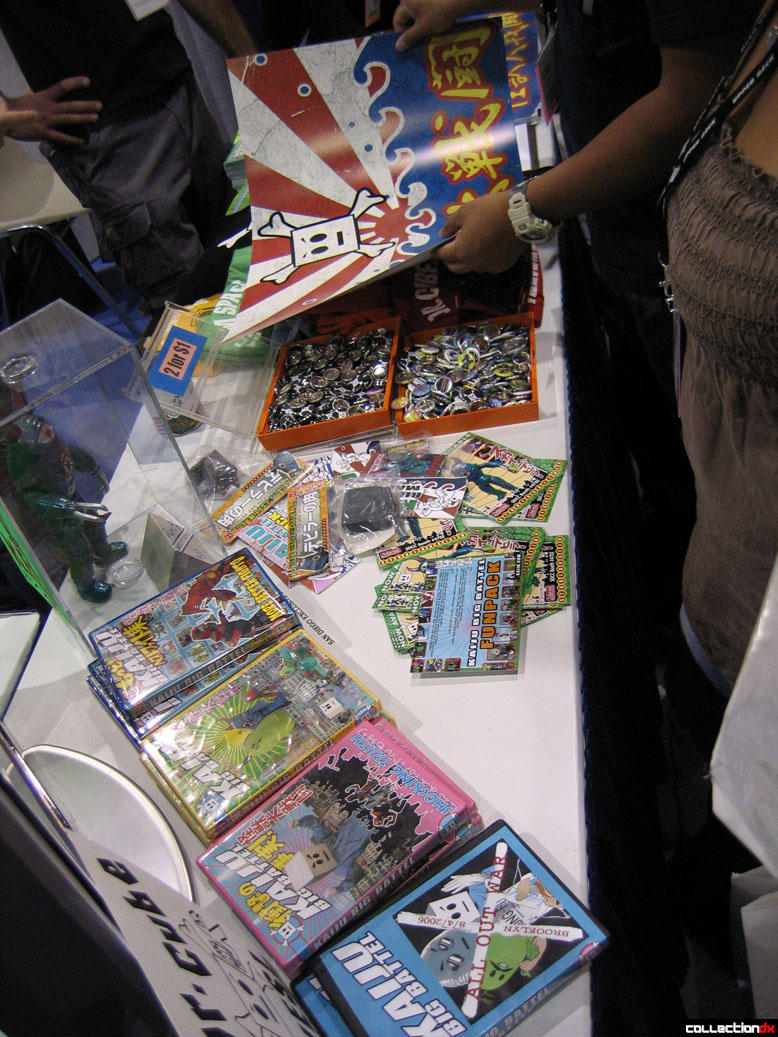 I scored a dvd, poster, and a killer t-shirt that, incidentally, the Gargamel guys loved! But the real gem was the Marmit-produced vinyl figure of Sky Deviler that they were selling as an exclusive! 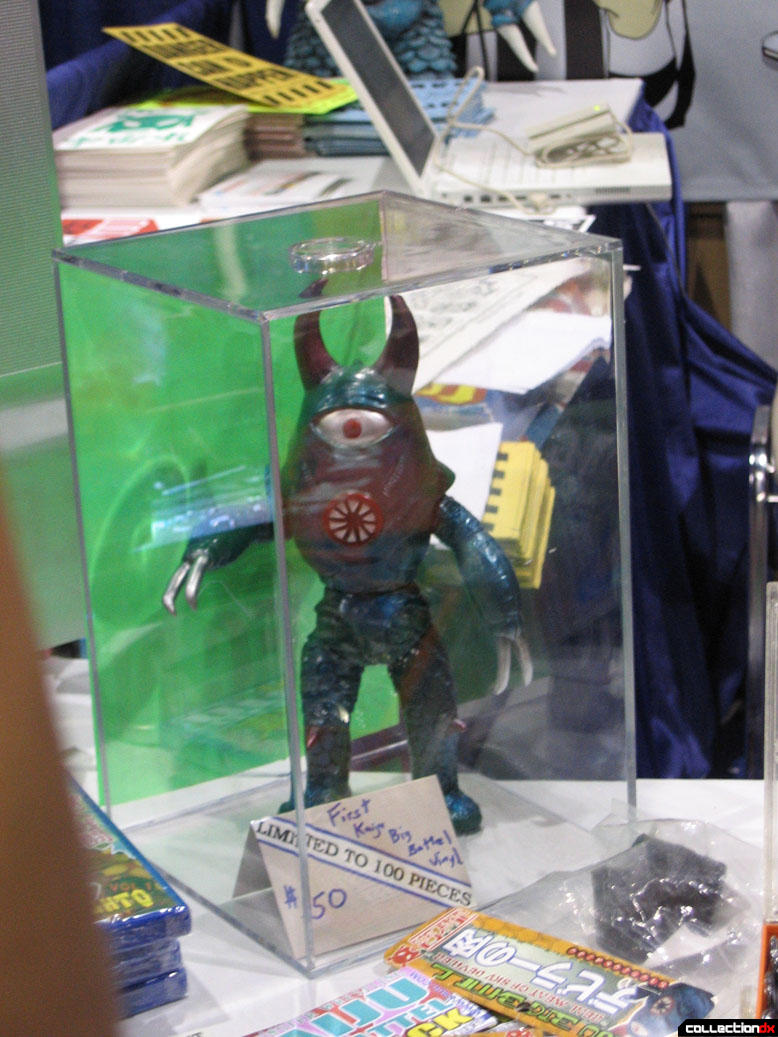 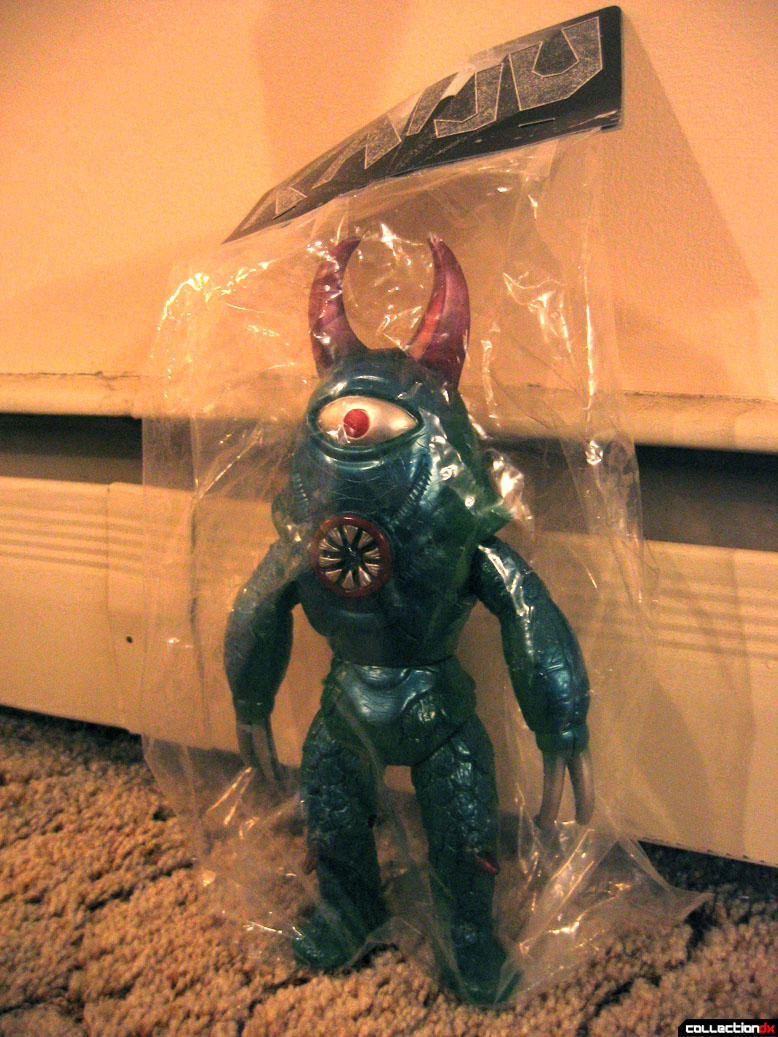 Lucky score for Nekrodave...may just be able to get it signed by the performer, too!

Anyway, it was a great experience meeting this great group o' cats. I definitely look forward to following them more in the future. If you're in the Boston area or someplace else where they're doing their thing, I strongly recommend you check 'em out! For more coverage of their actual performance, check out this fantastic write-up by our own Atom!