Stopping by the Entertainment Earth booth this year at Comicon was a real treat. You may or may not be aware, but Flash Gordon is quite well-loved among the top brass at CDX! ;) 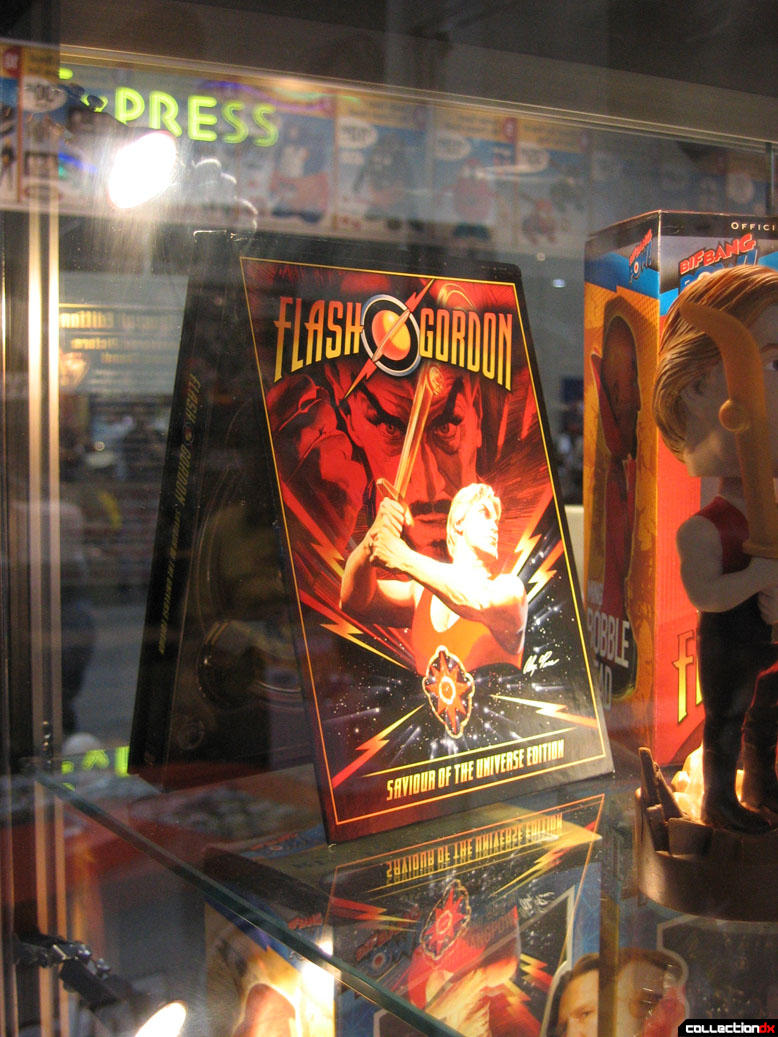 But not only that, one of the "2 Jasons", Jason Labowitz, Executive VP and co-owner of Bif Bang Pow was on hand to take me on a tour through BBP's offerings. We're big fans of his and Jason was all too pleased to give us the skinny. So let's go! 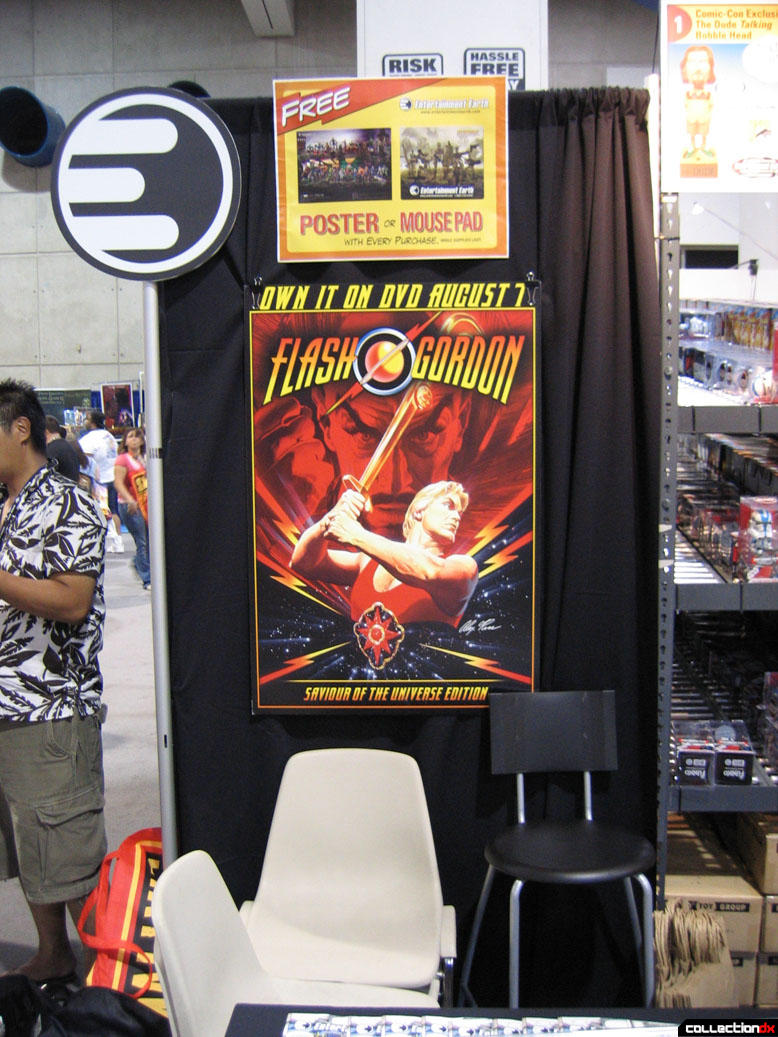 Of course, the big spotlight at Entertainment Earth was on Flash. Not only was the DVD on display (back of case), but we got to see all the great toys coming out in support of the release. 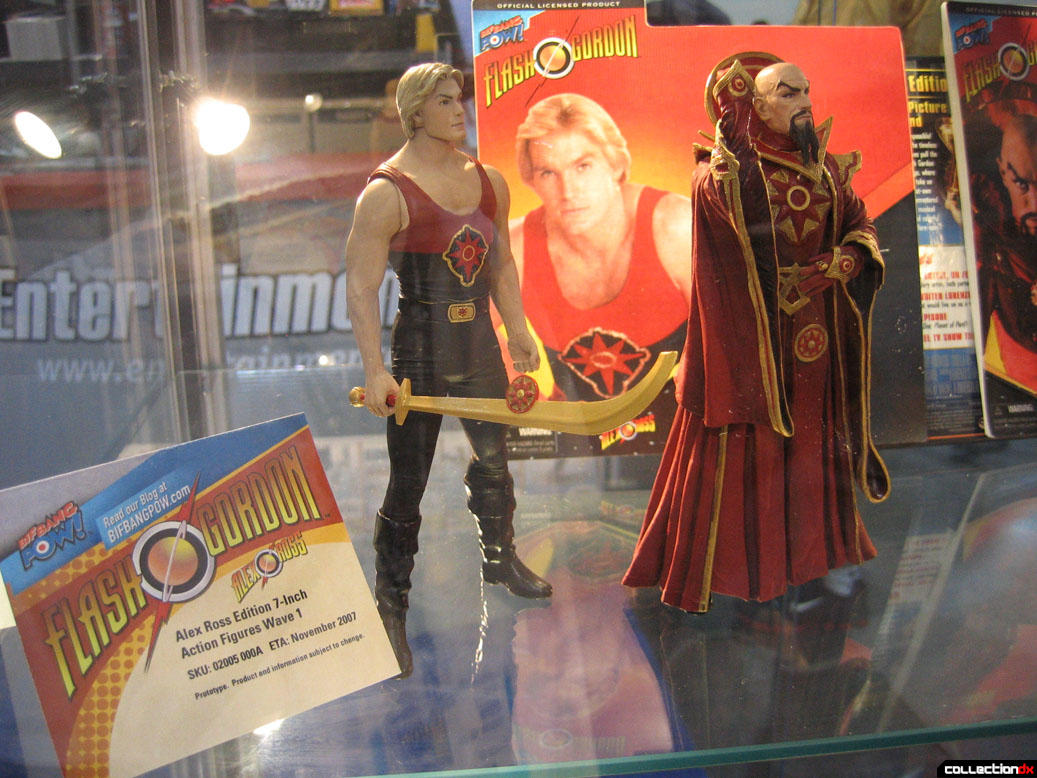 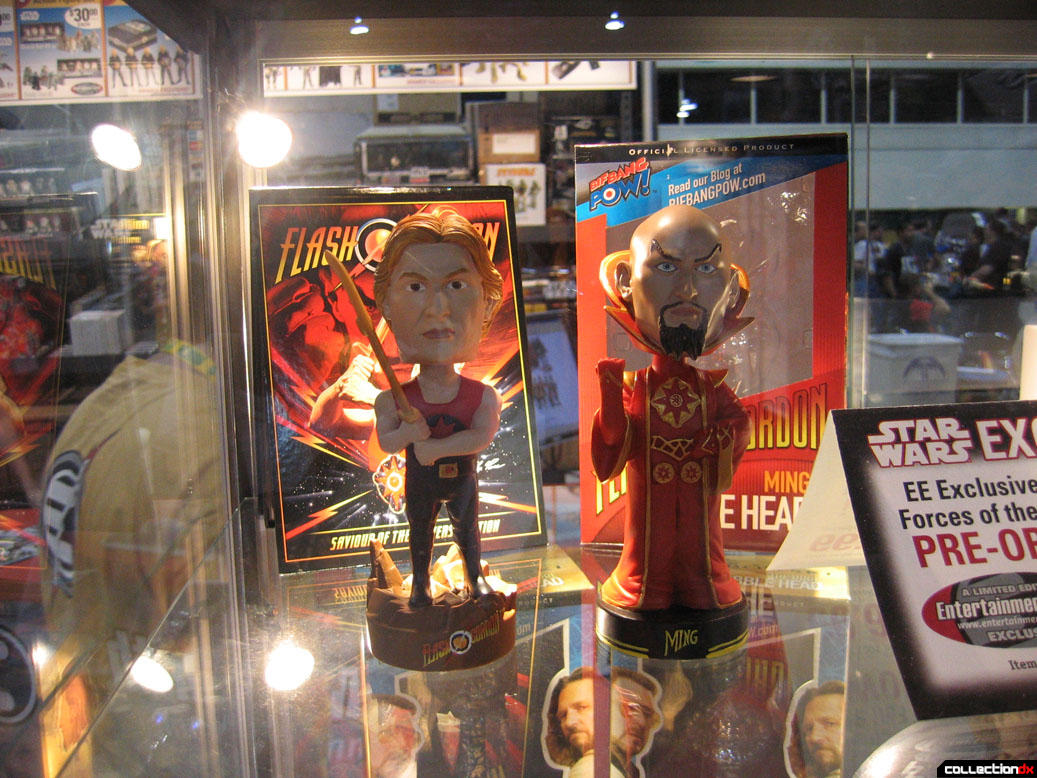 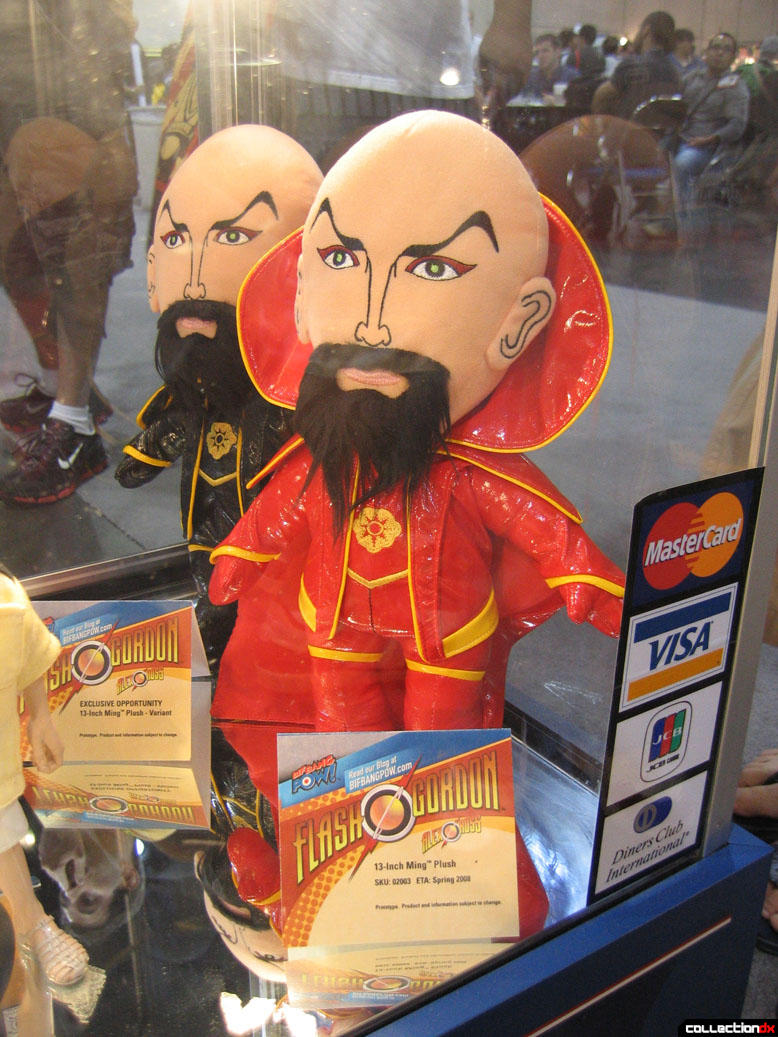 YES!! Action figures (including repaints), bobble-head dolls, and even plushies of Ming the Merciless! Killer!!

Next on hand from Bif Bang Pow was real cool stuff from one of my personal favorites, The Big Lebowski! VERY sweet figures of the dude and Walter: 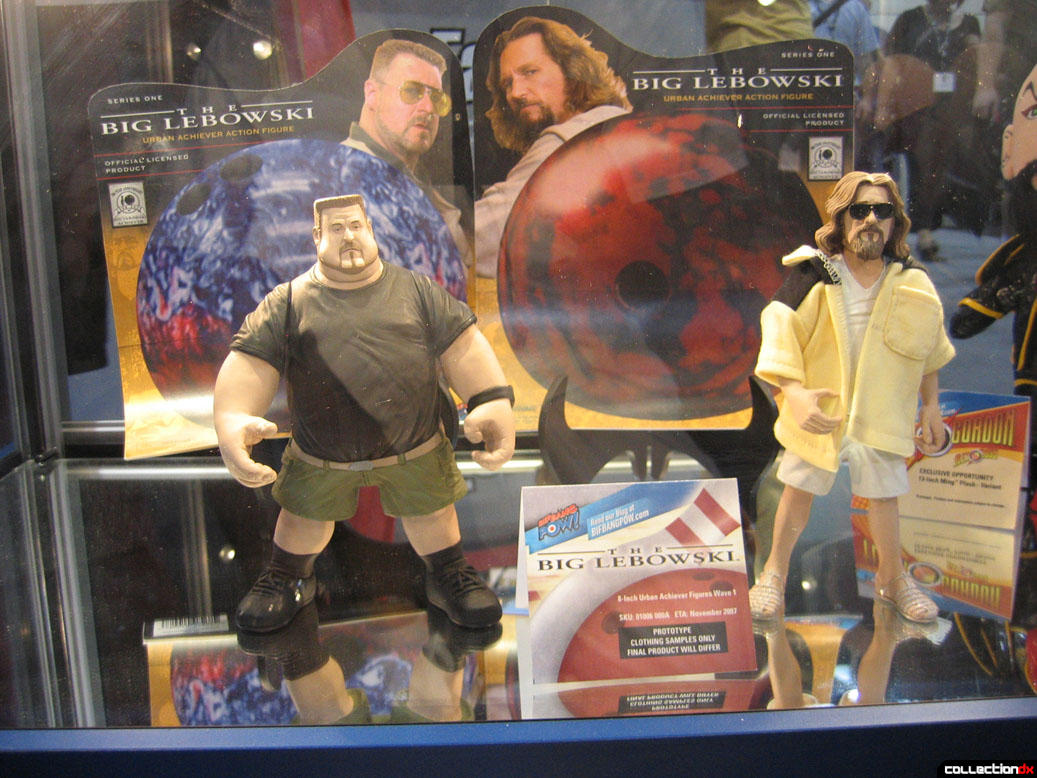 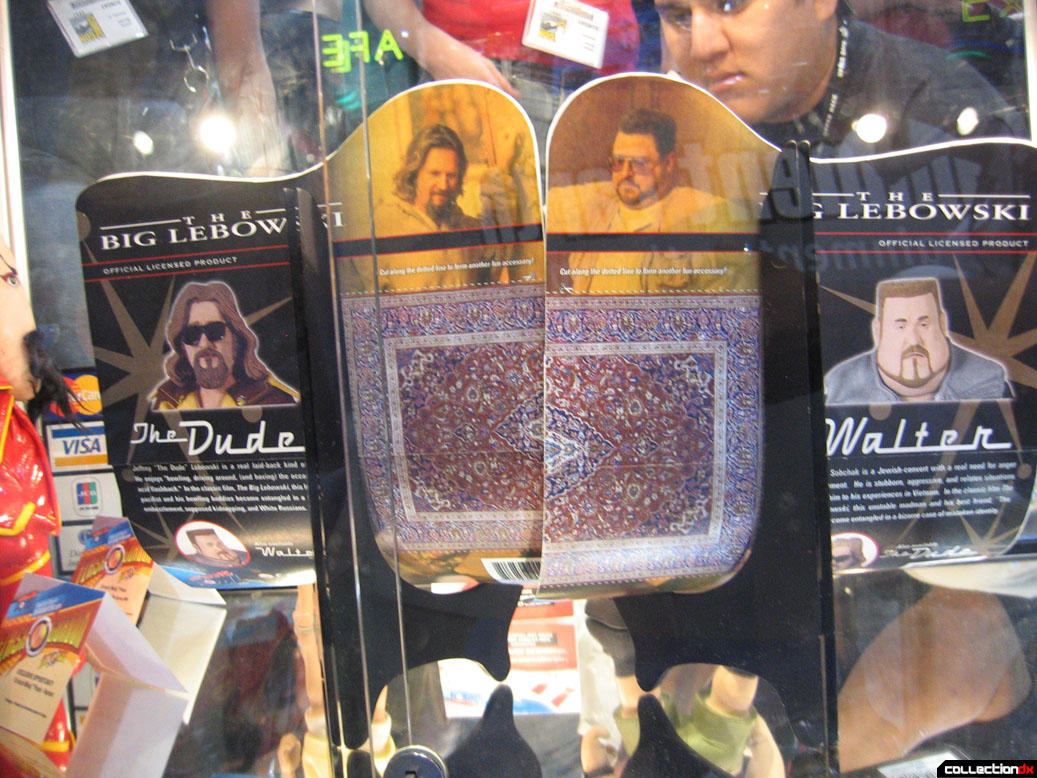 The card backs of the dude's and Walter's packages really tied the display case together! ;)

And of course, more cool bobble-heads! 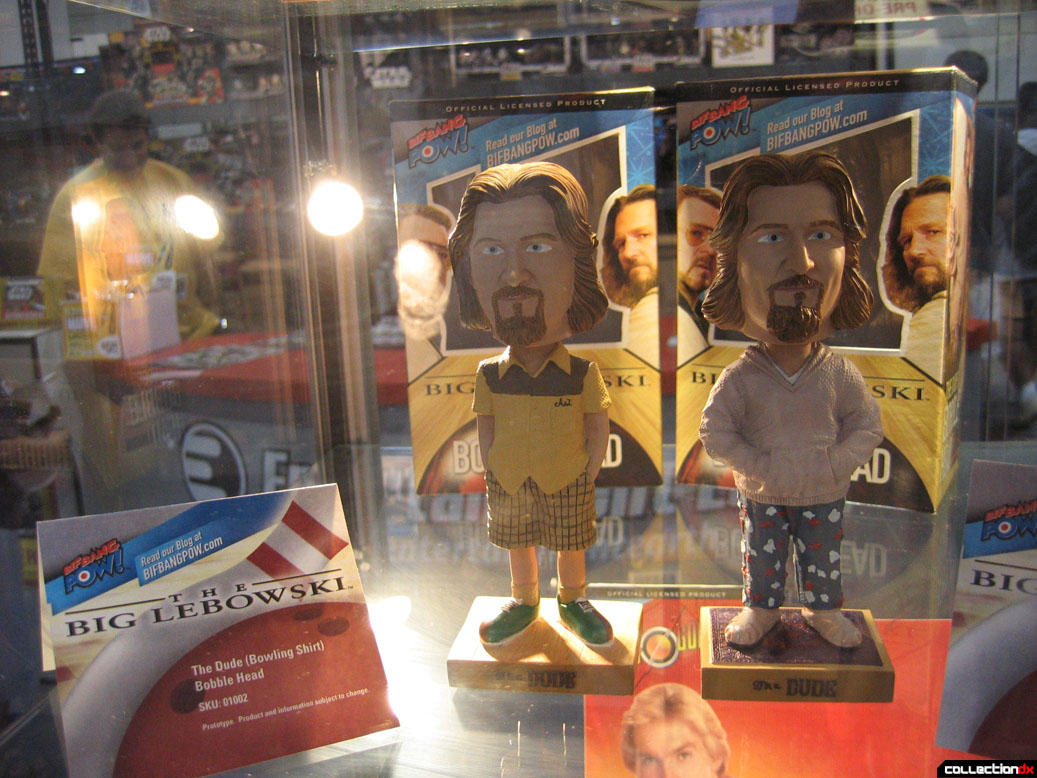 The dude in bowling and casual attire!

And we may just see bobbles of the Jesus and Donnie. ...But you didn't hear that from me! ;)

Lastly, we have one set of toys directly from Entertainment Earth that some of y'all might be interested in: 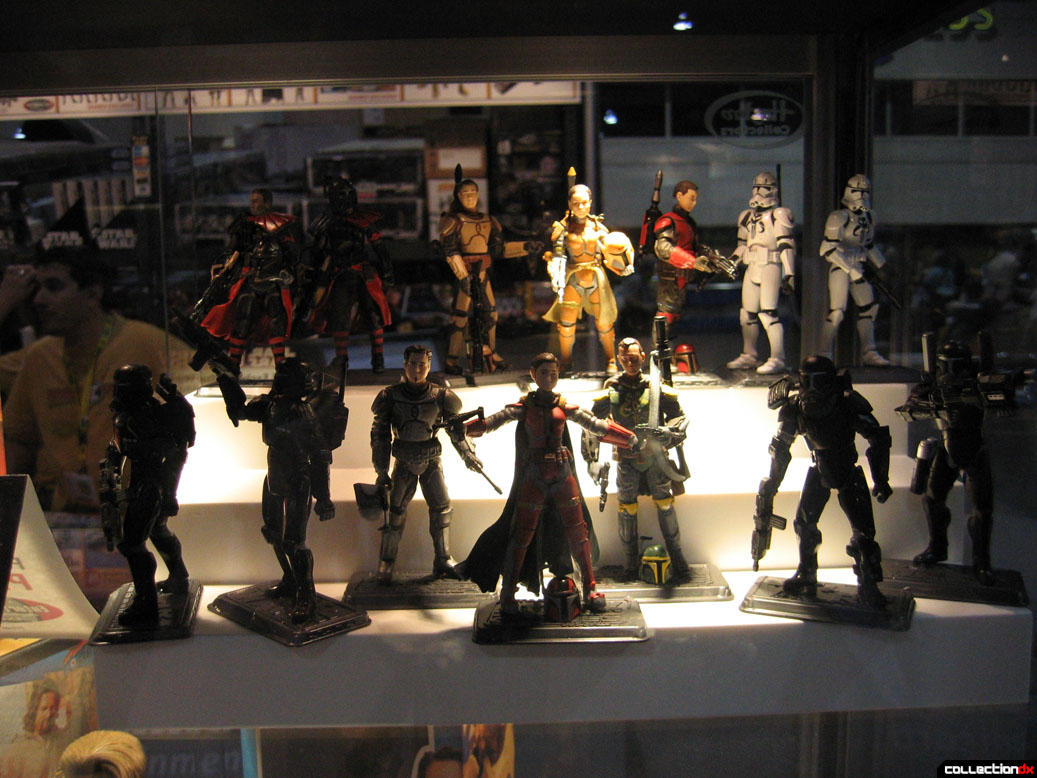 Has any of the CDX staff, being big fans of Flash, checked out the new series on SciFi yet? I tried to watch it, but it gives off a weird Canadian/X-Files/Farscape vibe. Separately, those three things are cool, but put them together...