In the Bernard household dragons rule. So when Mega announced that they were continuing the Dragons line, this time with a space theme, we were excited. 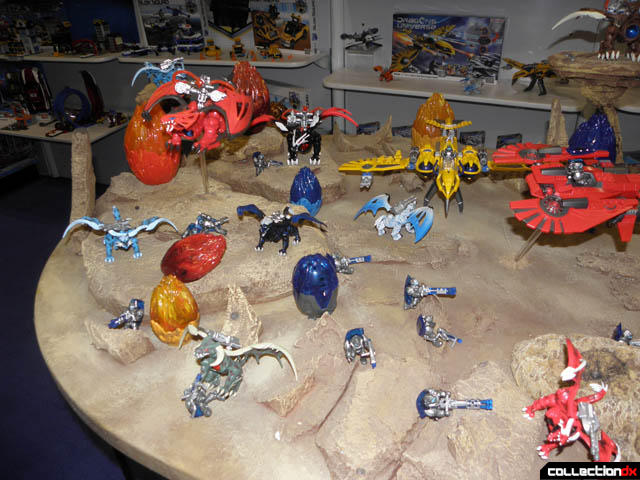 This new line mixes the classic buildable dragons with new spaceships and warriors. It's a match made in heaven. Each vehicle has a handle, so the kids can fly it around, and that handle also doubles as landing gear. It's a neat idea, for sure. 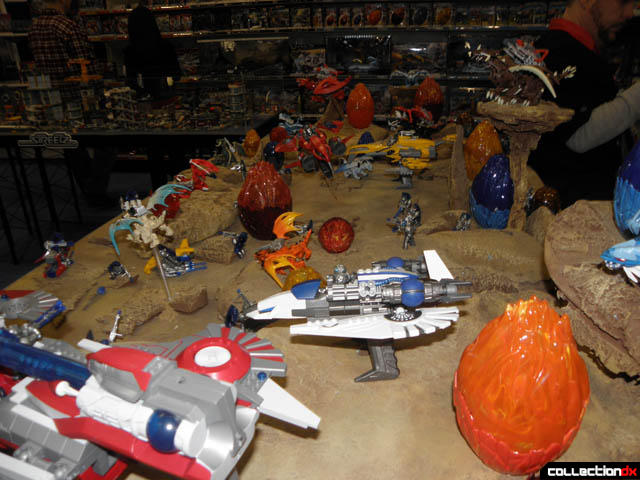 Read on for the press release, and check out the images (and the awesome diorama they had on display).

On a planet isolated in time and space, the soldiers of the Alliance are under attack from the Predavors, an alien race of warlike Dragons. They have come for Power Cores, the energy source of the Predavor's life and the Alliance's machines and weapons.

This is the Dragons Universe! Enter an exciting, dynamic, and buildable universe with a rich story and breathtaking designs. The classic Warrior versus Dragon style of play has grown up and moved ahead into a world filled with new technology and weapons. With each side having everything to fight for, it's up to you to decide who will reign victorious. What will you choose? 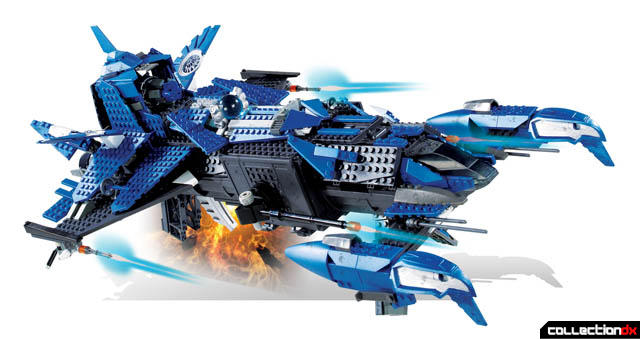 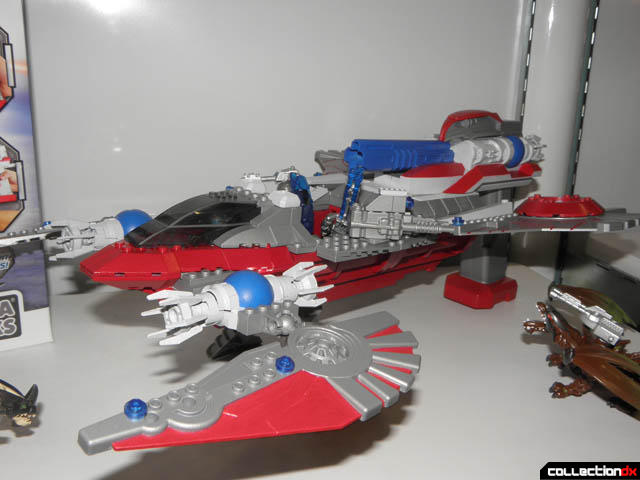 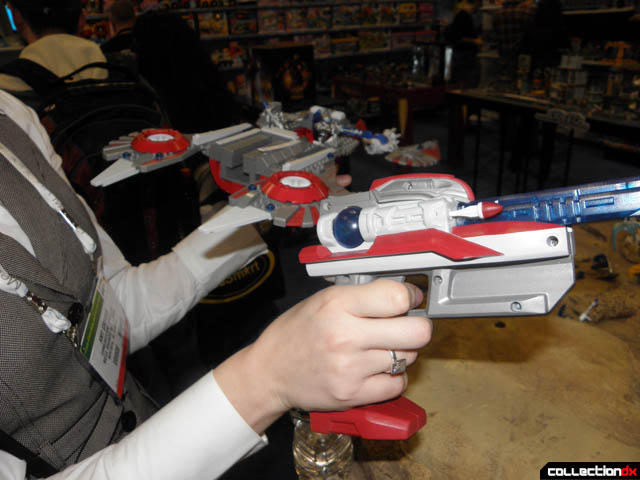 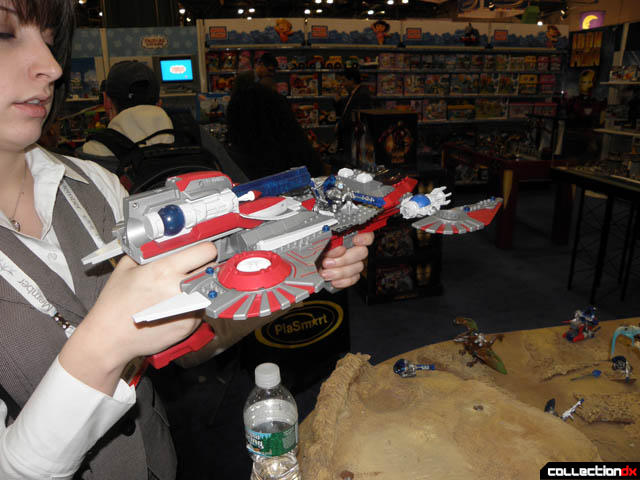 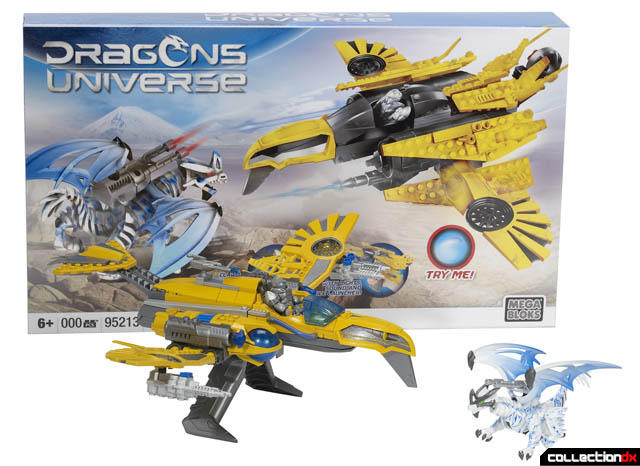 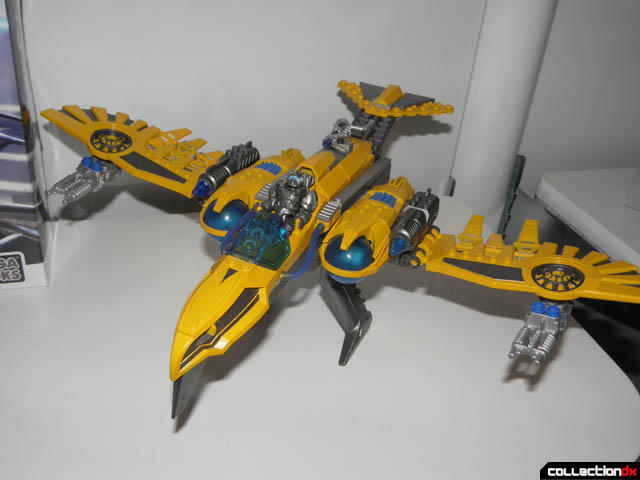 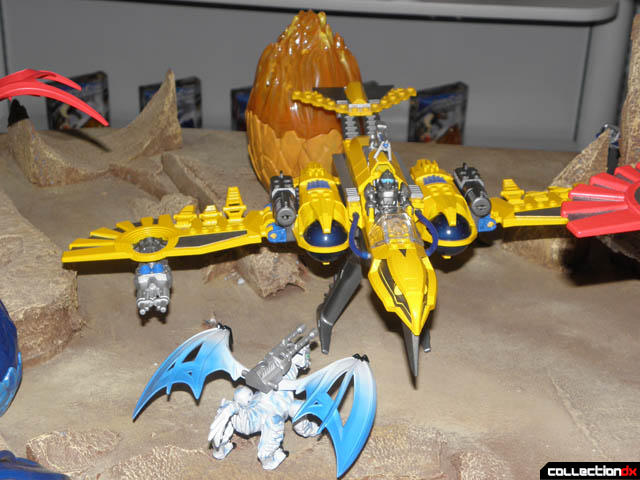 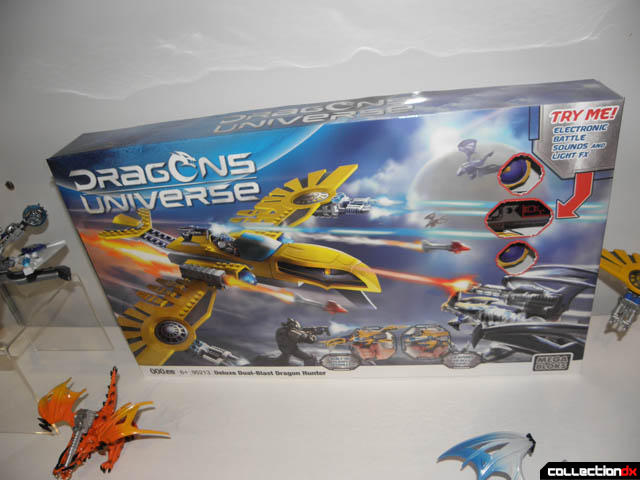 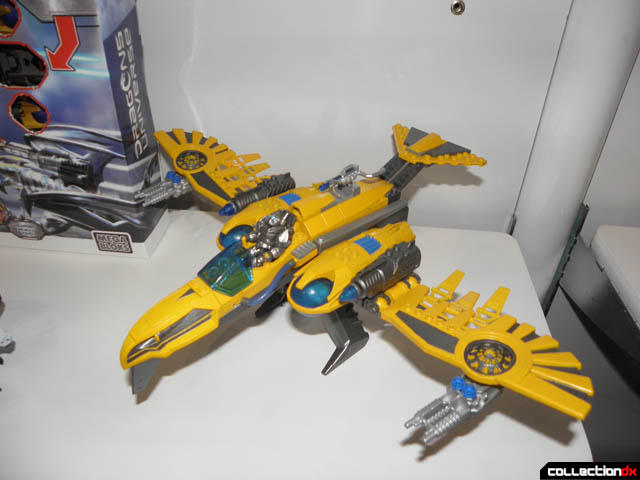 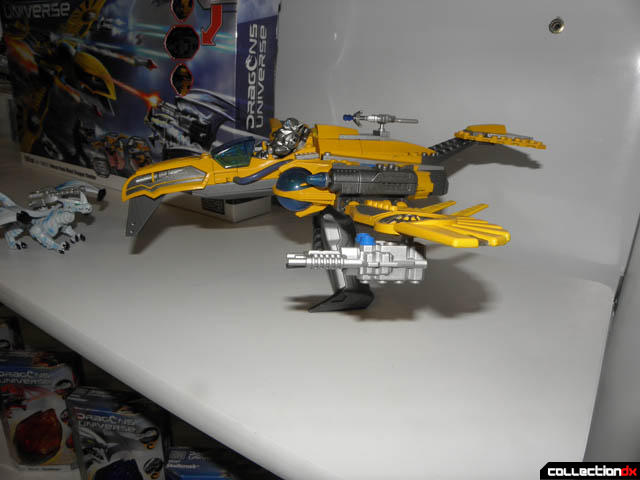 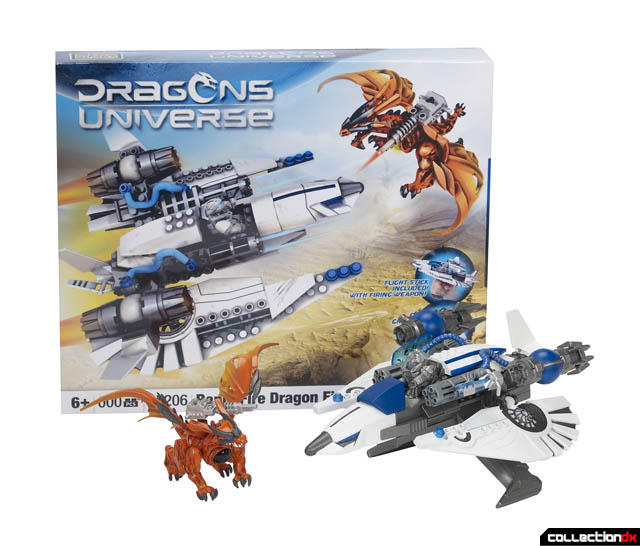 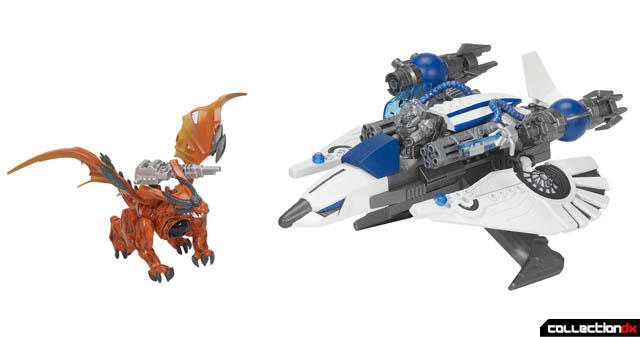 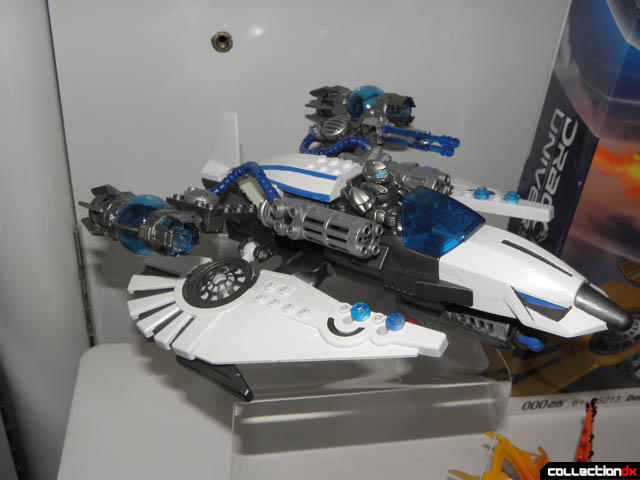 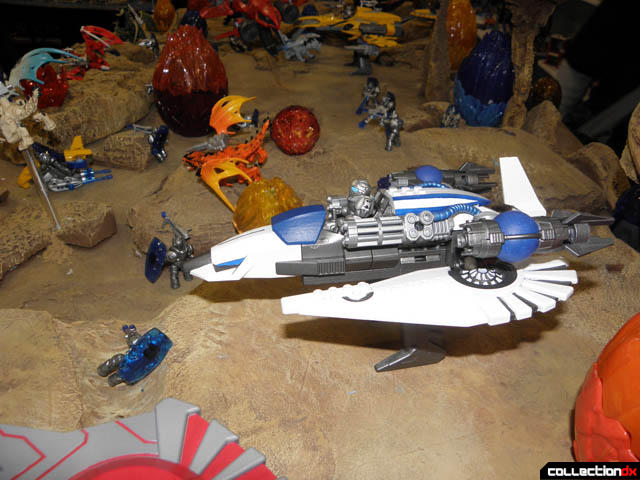 The Dragon Egg Assortment includes four unique Predavor Dragons (Clawripper, Blackheart, Torchwing and Tailspike) with removable, buildable weapons. Each Dragon comes with a Power Core in their chest and a large storage "egg" made from the meteor with which they used to travel through space, complete with edge-glow flames! The precise mechanized styling creates a powerful warrior; part Dragon, part machine. The ultimate beast and weapon! 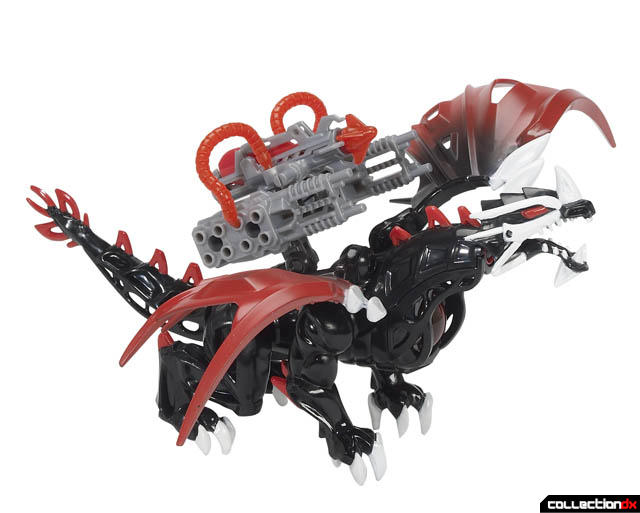 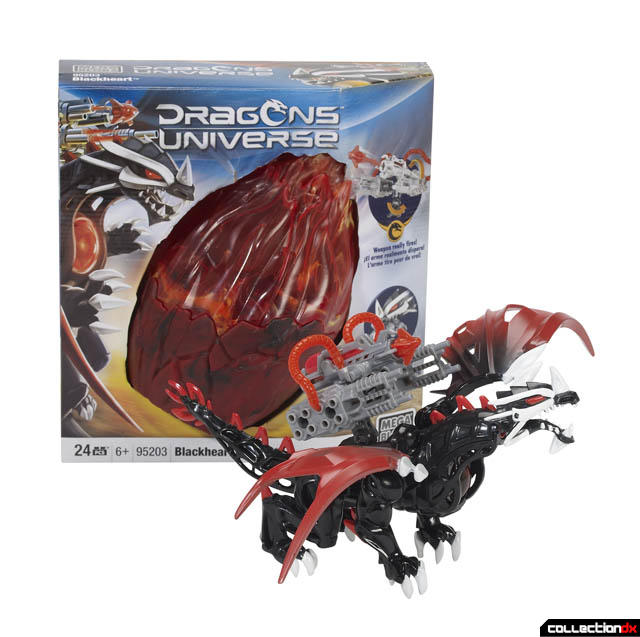 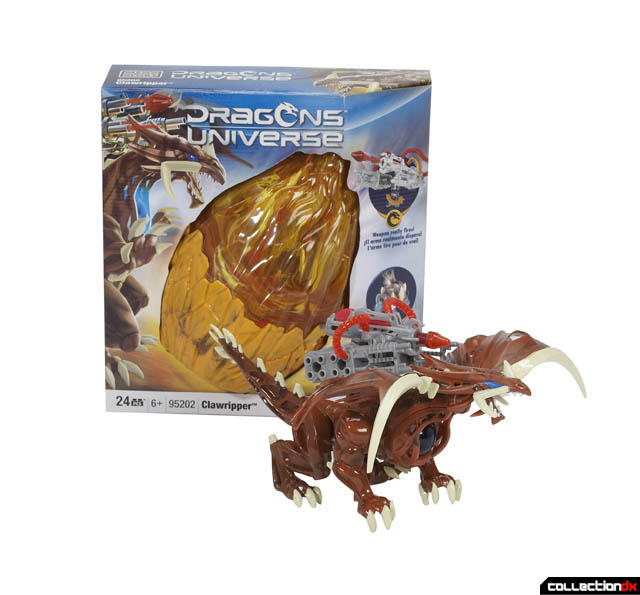 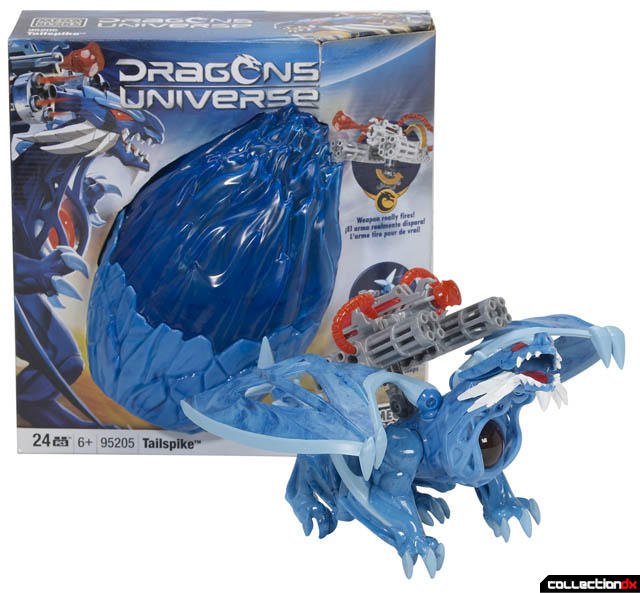 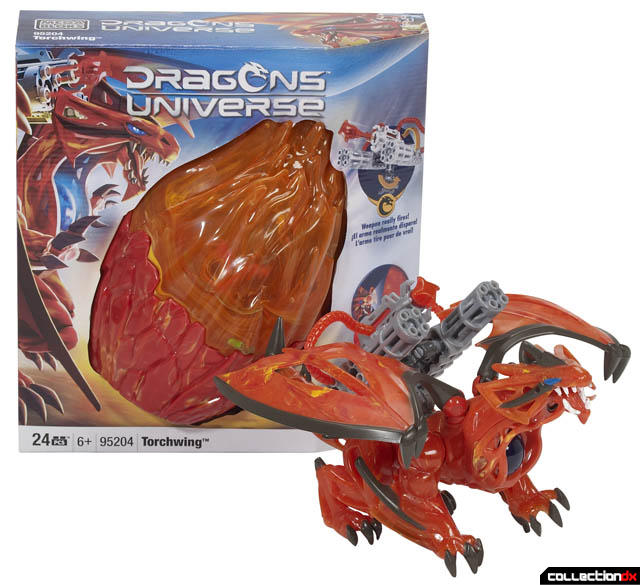 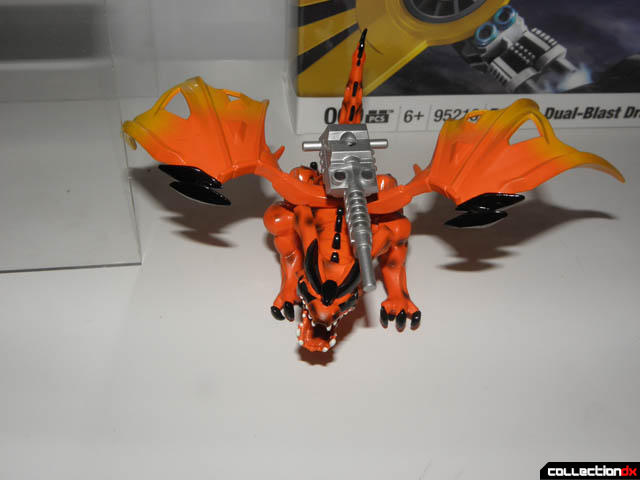 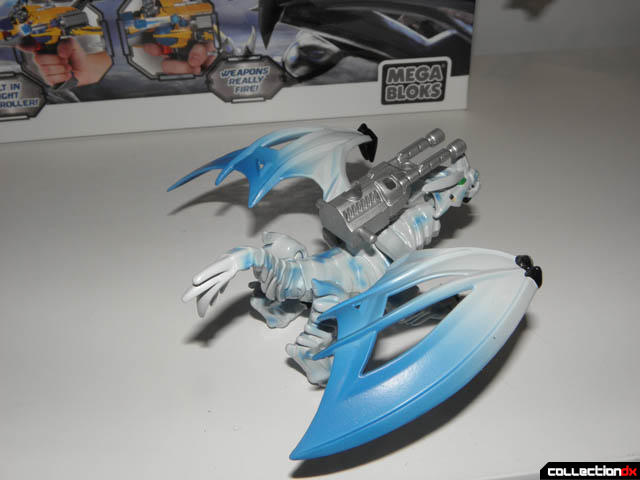 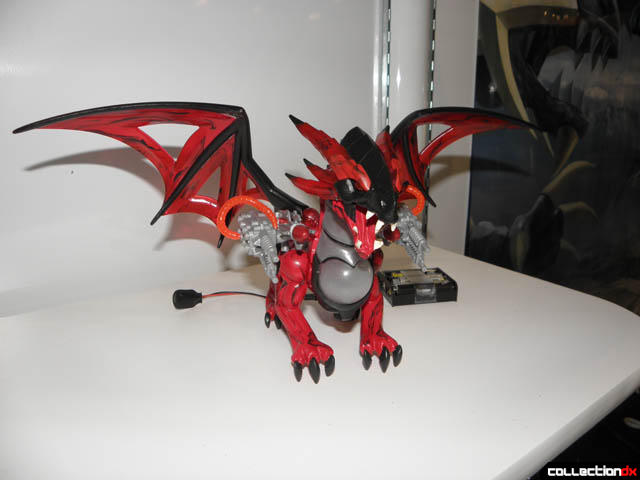 Bring the war for the Cores to life with this exciting assortment of three Predavor Dragons (Fleshtear, Skullcrush and Ironclaw) and three Alliance Speeders (Falcon, Eagle and Stallion)! Each item contains a storage "egg" -- the Predavors come in meteor shells, and the Speeders come in transportation pods. Each item also includes a Power Core, the energy source that has thrown the Predavors and Alliance humans into war. Each Predavor has a mounted, removable weapon and each Alliance figure comes with an edge-glow shield and weapon. 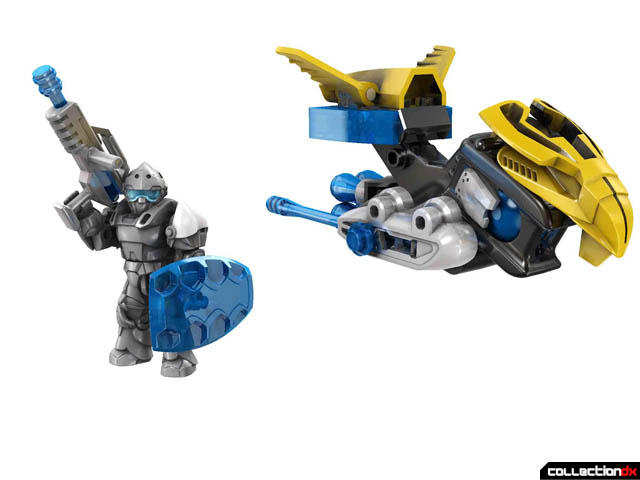 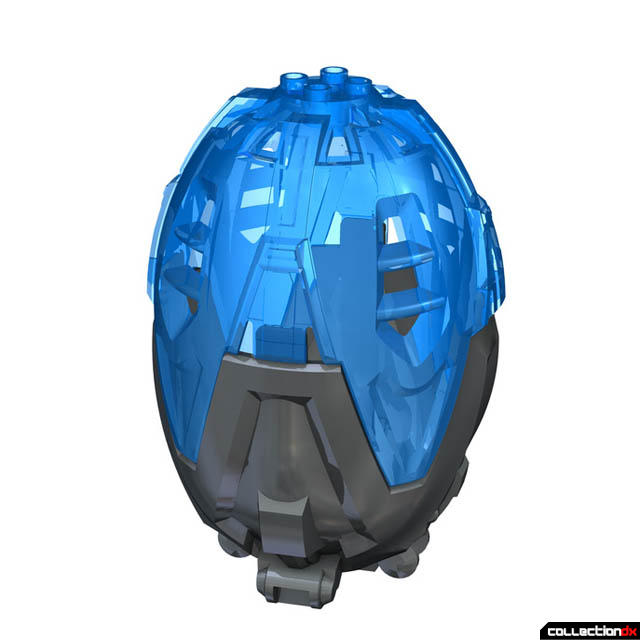 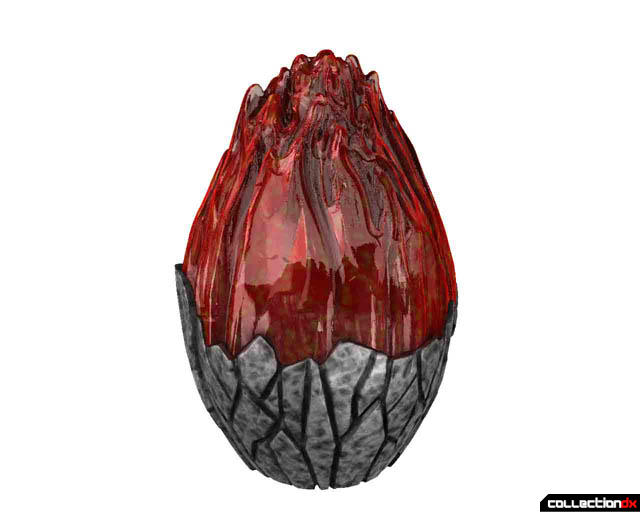 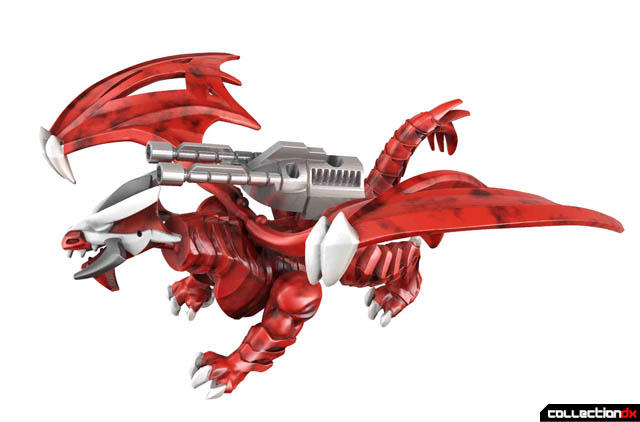 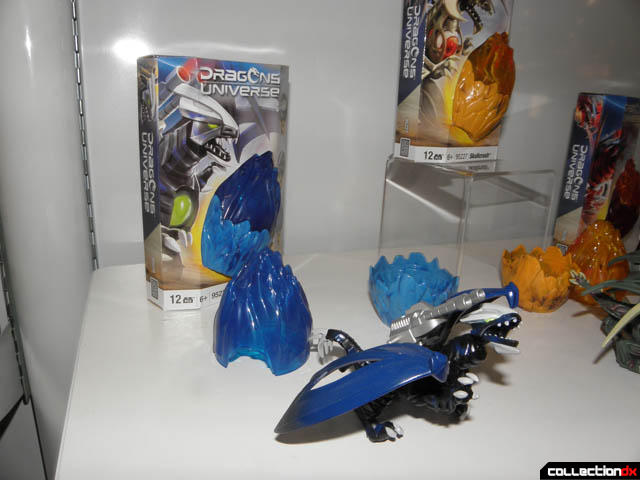 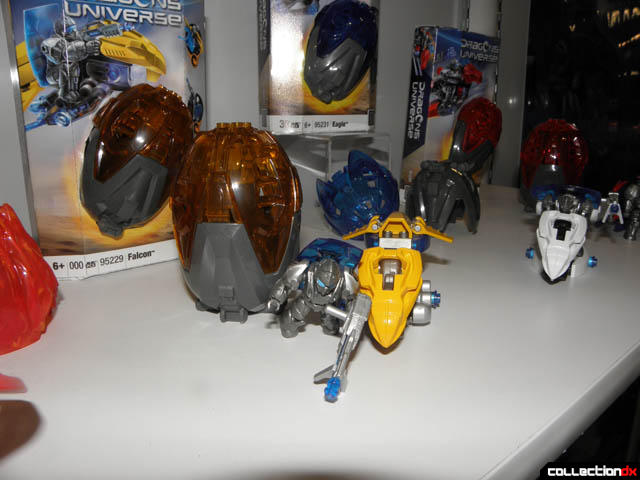 3 comments posted
I was hooked by the concept,

I was hooked by the concept, but the pictures leave me deflated and uninterested.

Hmm. I'm a big Mega Bloks fan, but the dragon line never appealed to me. I loves me some spaceships, but I agree that the designs aren't very interesting. The bird motif might be why. The large ship in the beginning looks intriguing. I'm curious to find out the price. Although the big appeal of MB--being much cheaper than LEGO--might be disappearing. $50 for that Condor set seems much higher than their current offerings. I hope I'm mistaken.

When I realized "Dragons" was being turned into a sci-fi / space theme, I was pretty disappointed. The Halo stuff has that sort of theme covered well enough for me right now. The dragons themselves in these sets look silly to me, and they bear a very similar resemblance to recent Lego dinosaurs and dragons. I don't expect I'll buying any of those.

However, I'm absolutely crazy for Mega's style of figures, so I plan to snatch up multiples of some of those smaller sets with figures. There's a lot to like about the ships, too. Even the ones I'm least excited for look like they offer tons of cool parts to build something I like better, and that's the whole point of building toys, really.