Kamen Rider is a big push for Bandai this year with a live action show and line of toys so I will default to their press release speak to get the details right...

Based on one of Japan’s most successful franchises with over 38 years as a top-rated show, Kamen Rider Dragon Knight premiered early January 2009 on TheCW4Kids Saturday morning kids block. The series airs in HD, making the show’s fast-paced action sequences and stunning CGI special effects appear life-like. The show’s young and talented cast, featuring actors Stephen Lunsford and Matthew Mullins, draws upon their talent as mixed martial arts athletes to add even more excitement to the series.

The story follows the heroic adventures of teenager Kit Taylor, who discovers a mysterious deck of Advent Cards that grant him the power to transform into a warrior known as a Kamen Rider. Kit joins Kamen Rider Wing Knight to battle the renegade warlord General Xaviax and his army in both the real world and a parallel world called Ventara, or Mirror World.

“As one of the most popular and successful live-action series of all time for kids in Japan, the
Kamen Rider Dragon Knight series is sure to captivate its U.S. audience with its mixed-martial arts and cycle inspired themes,” said Danielle Armbrust, director of marketing, Bandai America Inc. “The result is an exhilarating story line packed with characters, vehicles and weapons that naturally translates into a toy lineup appealing to boys.” 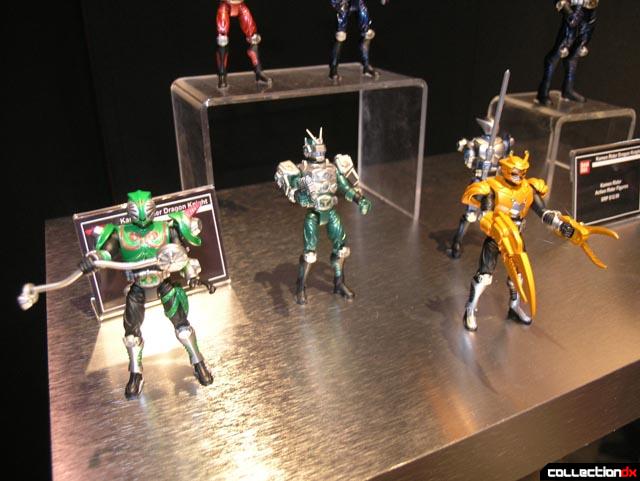 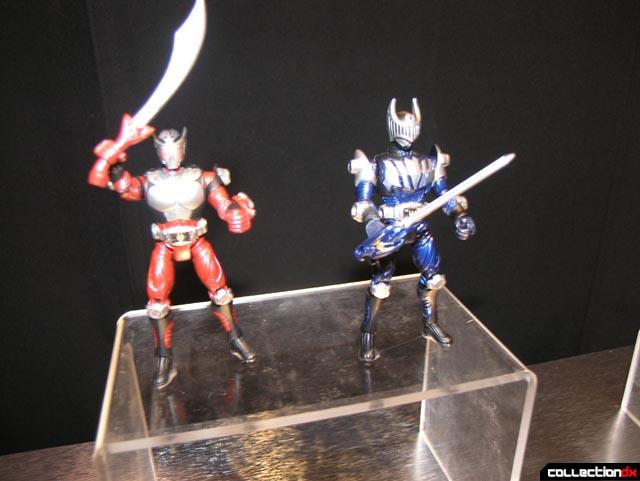 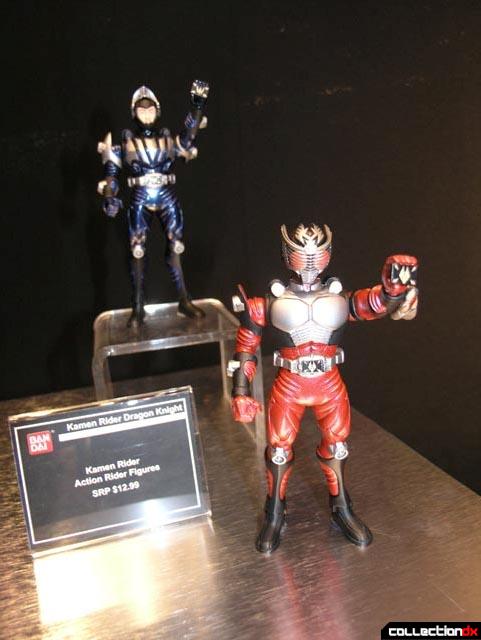 The Dragon Knight Dragvisor includes three Advent cards. In the series, the mysterious Advent Cards are the source of the Kamen Riders’ special powers and attacks. Just as the cards do in the series, the toy line’s Advent Cards hold a unique power. Each Advent Card summons the power of Kamen Rider to unlock sound effects on the Dragvisor, for a total of 15 unique sounds. Every item in the toy line features an Advent Card – kids unlock all of the Dragvisor’s hidden sounds features by completing their collection of Kamen Rider figures, cycles and role-play toys. 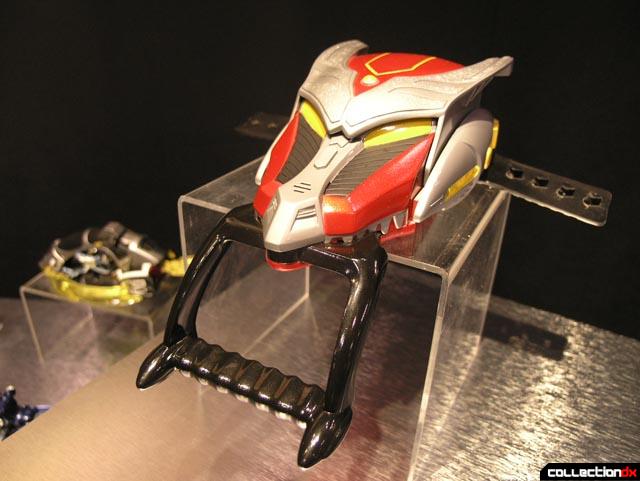 The Advent Belt features the same turbo spinning action as seen on the TV show! Pick your favorite Rider Card and insert into the Advent Belt to initiate into Rider mode, complete with light and sound effects. 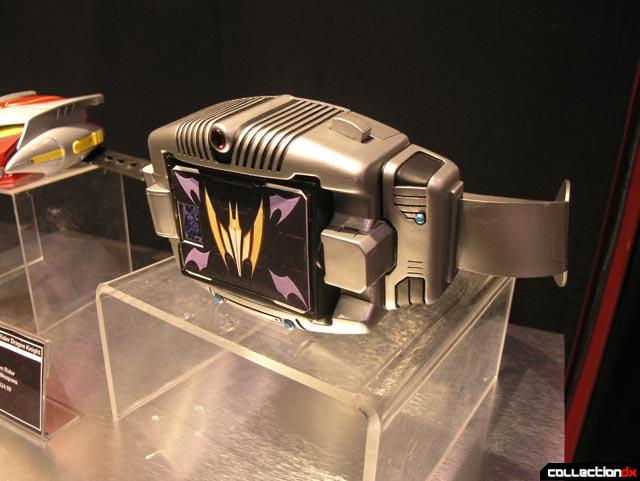 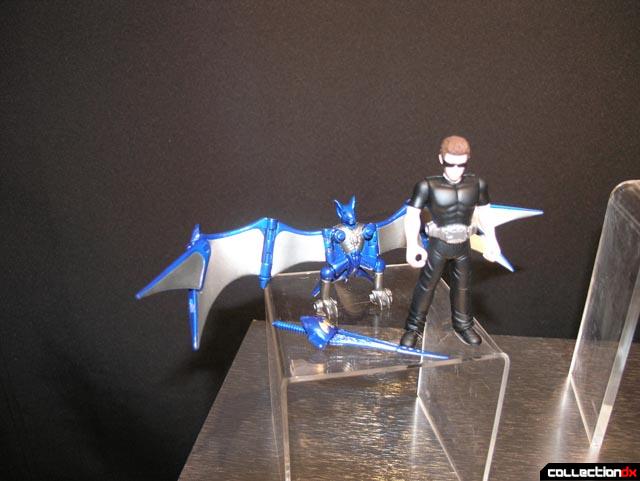 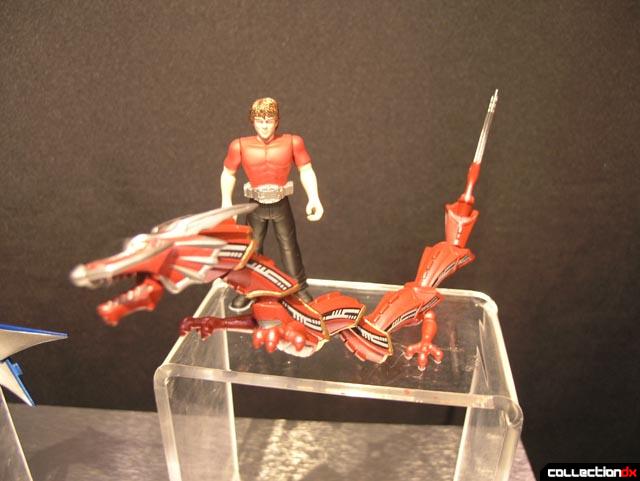 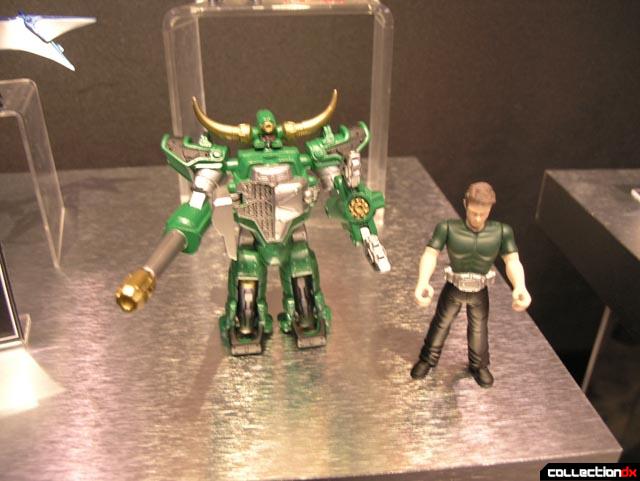 Deluxe Rider Set: Throughout the TV show, Kamen Rider Dragon Knight and Kamen Rider Wing Knight rely on their cycles to battle against Xaviax and his army. Kids can play out their own adventures with the same cycles as seen on the show. Each Kamen Rider bike includes a 4” Rider figure and features either red or blue illuminating LED lights. Kids can create a custom look by attaching the translucent special effect pieces to the bike. 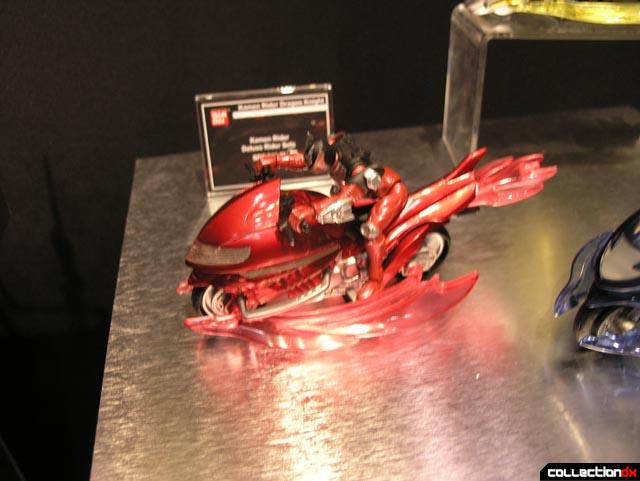 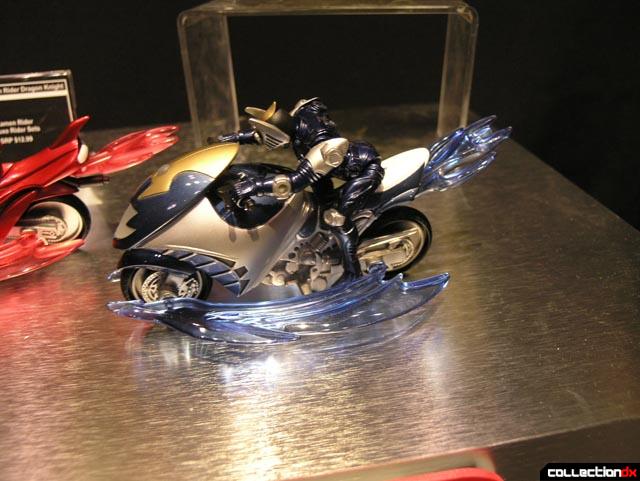 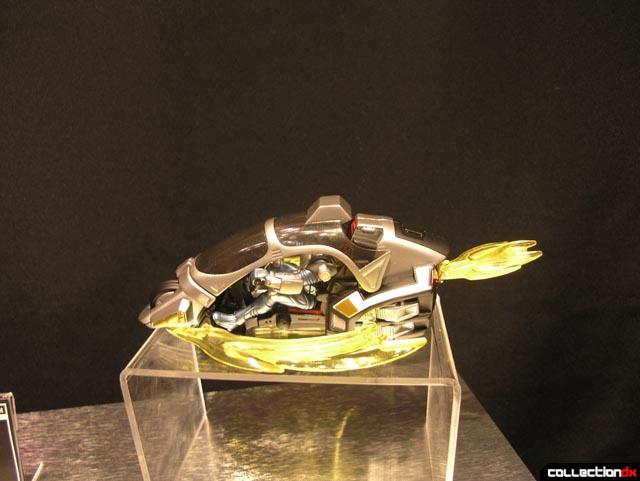 9 comments posted
Man I can't wait for these

Man I can't wait for these guys to hit the shelves!

I must admit, the Advent Belt looks nice. It's a lot different from its Japanese counterpart, the V-Buckle :)

can't wait to get the Advent Cards Dragvisor belt and more.

I like the Kamen Rider Black toys Bandai released in the 90's, and I'm jazzed that the motorcycle toys feature LED. The show ain't bad, but it's in a crummy time slot. All in all a great time to be a US fan.

Yeah, I don't think the show is half bad considering the audience it's shooting for and the laws it has to follow over here. I think Kit Taylor (KR Dragon Knight) could grunt a little more emphatically when he's hit (it sounds too weak, under-acted), and the title song is rather bland without even a full first phrase even if the theme sounds cool!
There's some real dedication to Kamen Rider going here, and I think that transition was smooth. While I might find "Kamen Rider Ryuki" more in-depth and engaging (I give the Japanese source materials the benefit of the doubt even though I haven't seen earlier than "...Blade"), I'd say that "Kamen Rider Dragon Knight" is doing well.

So it spins what else? how can the kids get the cards? there gonna hold it still then get the card?.

How can the kids insert the advent deck??? man i hate when those happens to good[/ bad ]American toys!

I got a pre-release sampler from Bandai America, so I have a small insight into the cards...

Every toy in the KRDK line (vehicles, figures, weapons) will come with a single Advent Deck card. I don't know how it was done with "Kamen Rider Ryuki", but each US-ver. Card has unique holes punched into the top of them. Then- I'm assuming- when you run the card through a one of the summoning devices (called?), and it will produce a sound specifically for that Card.
Now, for example, will Wing Knight's Final Vent card sound different from Dragon Knight's Final Vent card? I don't know; it will depend on how the Advent Cards have the holes punched-in.

I have requested a sampler of Kamen Rider Torque's blaster/Card reader so that I can demonstrate this on CDX, but when that will happen I have no idea.