Our first stop of Toy Fair was the Organic Hobby Booth. Organic Hobby is the company that distributes Revoltech and CM Corps product in the states. Their booth was large and spacious. When other companies seem to be scaling back, organic was moving forward. 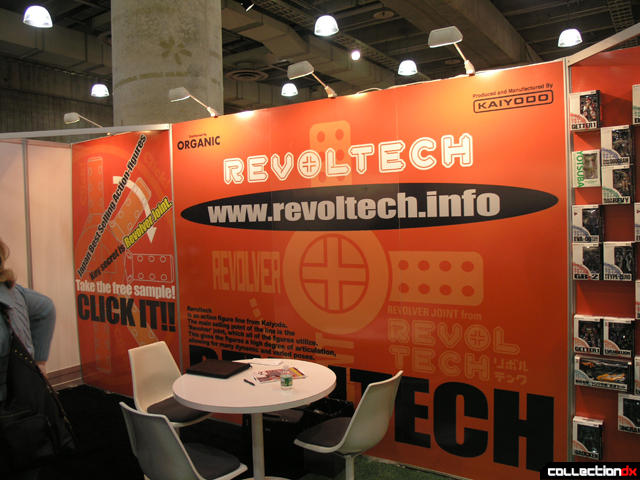 Revoltech was out in full force - Organic had a whole wall of Revoltech to show off, including in-package shots of the new Rodimus and Starscream: 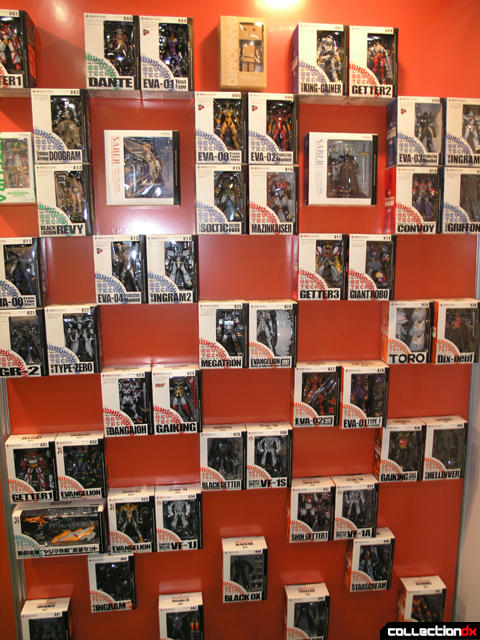 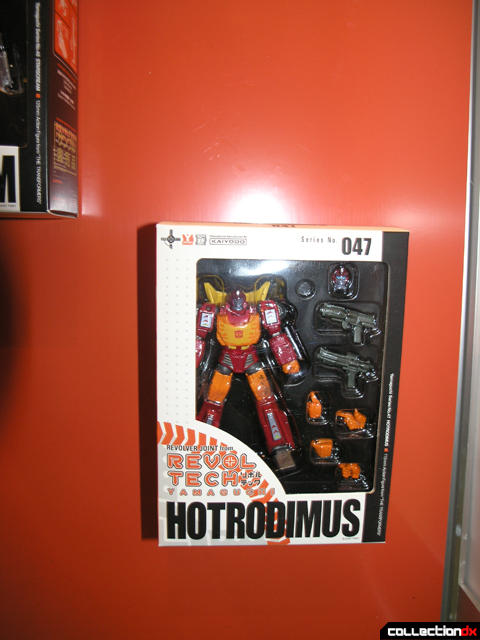 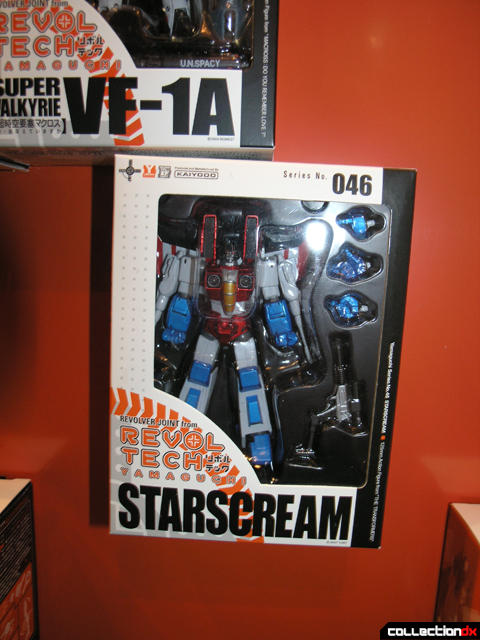 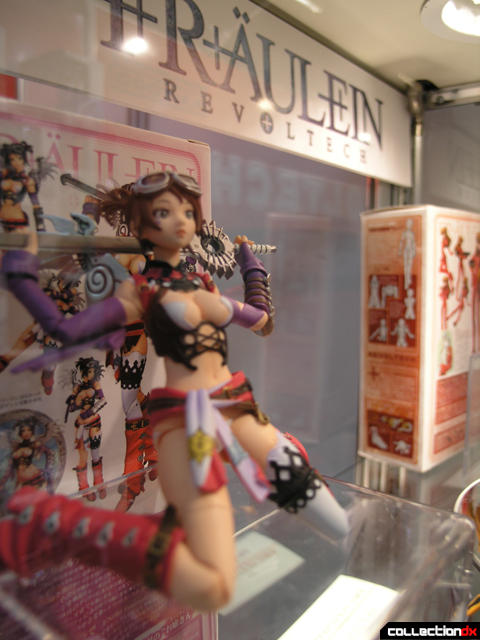 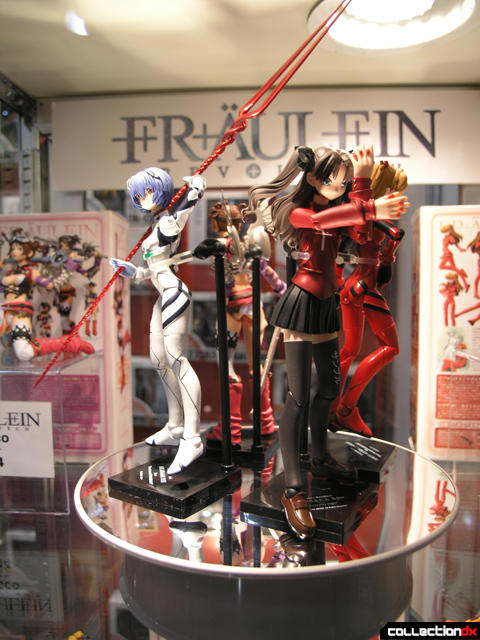 Other new Revoltech on display were BLACK OX 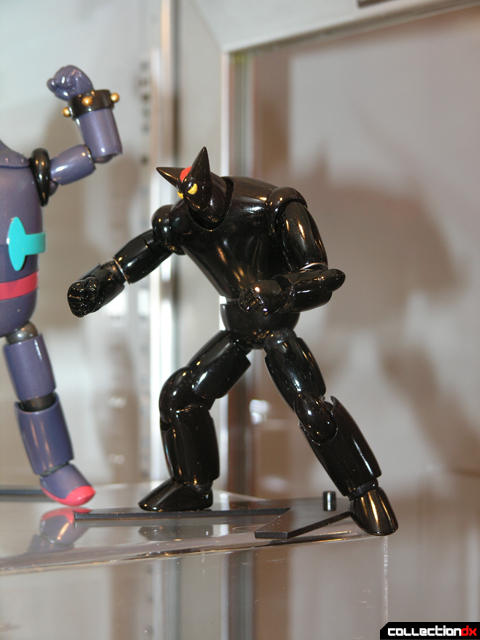 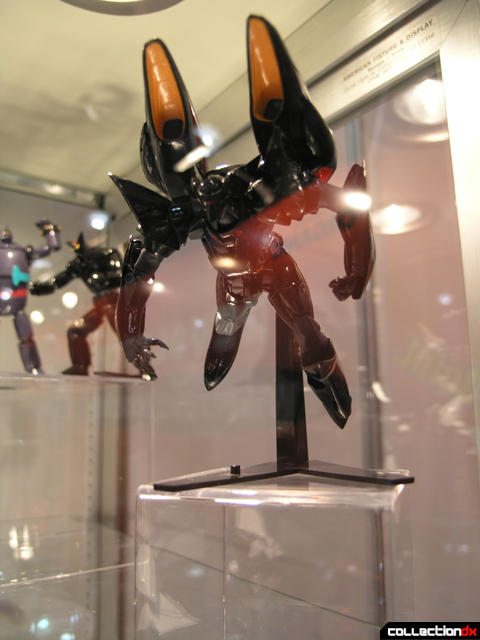 And again, Rodimus and Starscream: 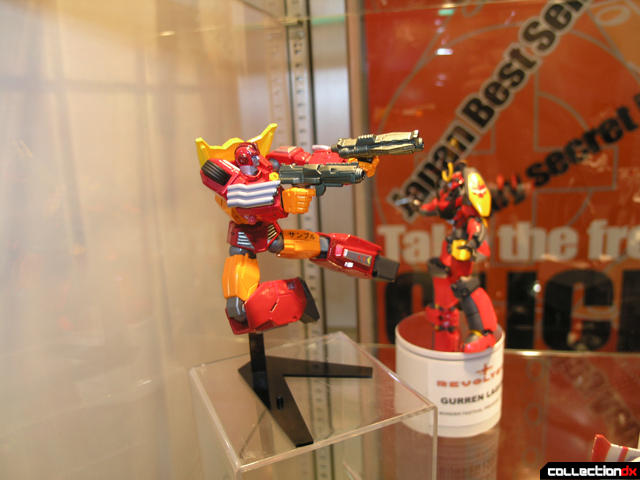 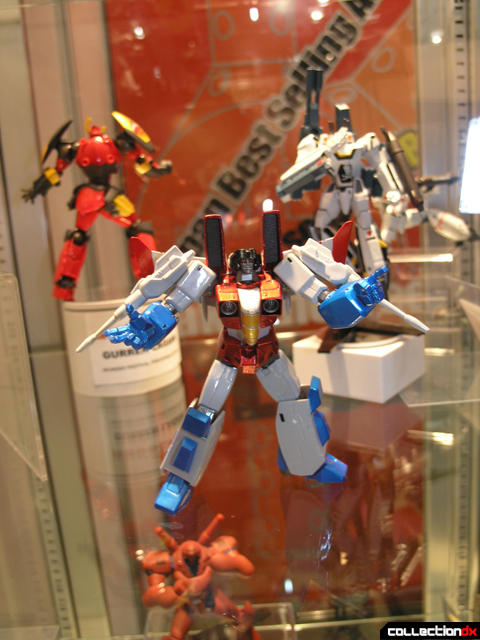 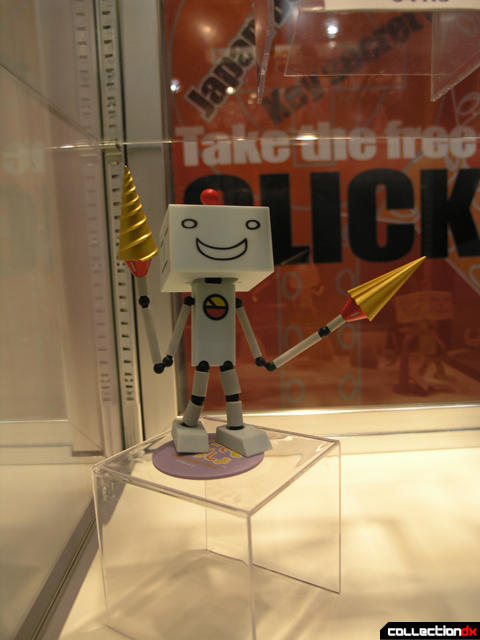 And Fan-favorite Gurren Lagann. This one is the Wonderfest Limited edition, the regular edition will be the one in the states. 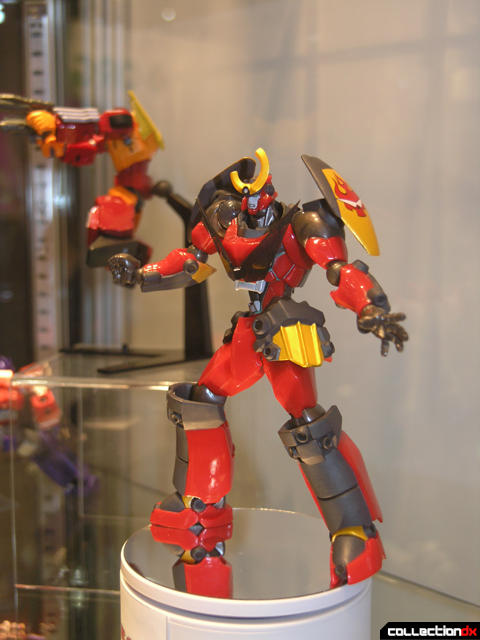 We managed to pry a few secrets out of the Revoltech brand manager from Kaiyodo:

In addition to their Kaiyodo goods, Organic had some new items from CM's Corp 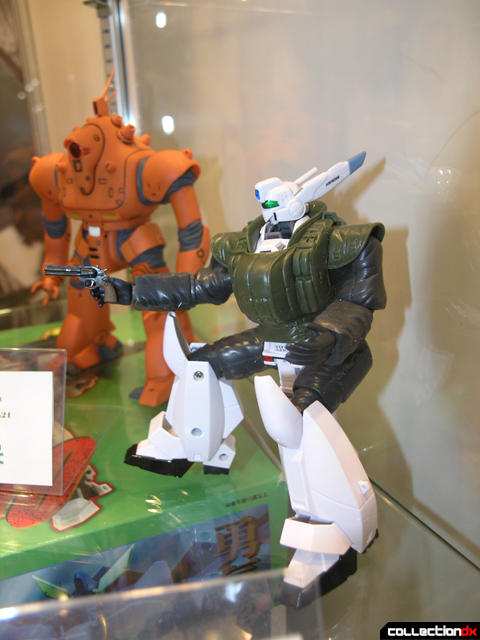 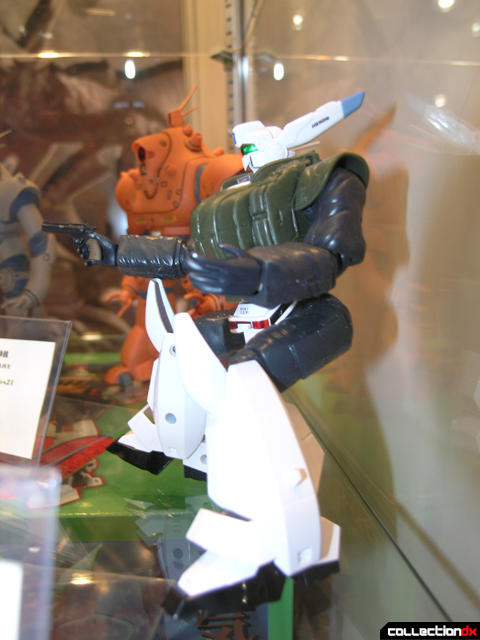 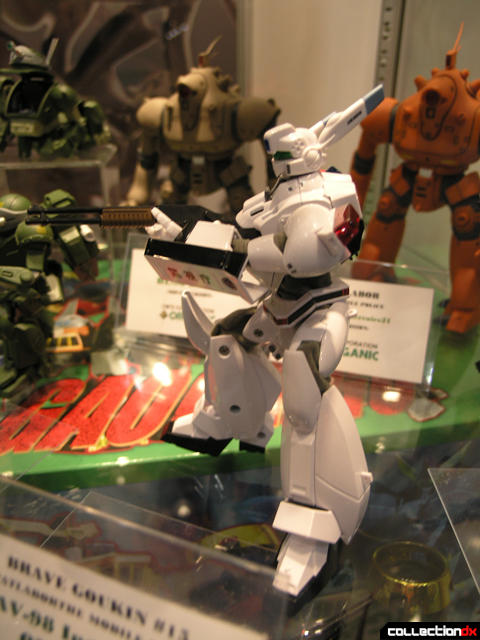 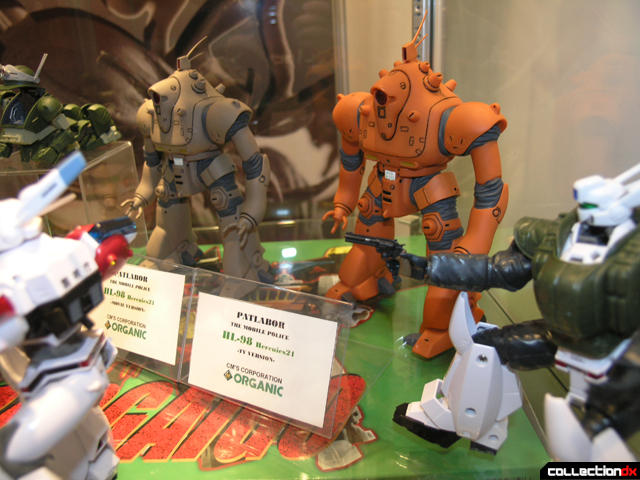 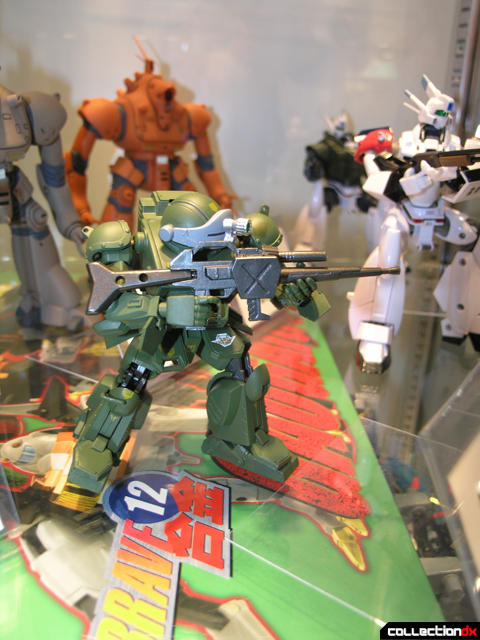 Other lines being shown at the Organic Booth 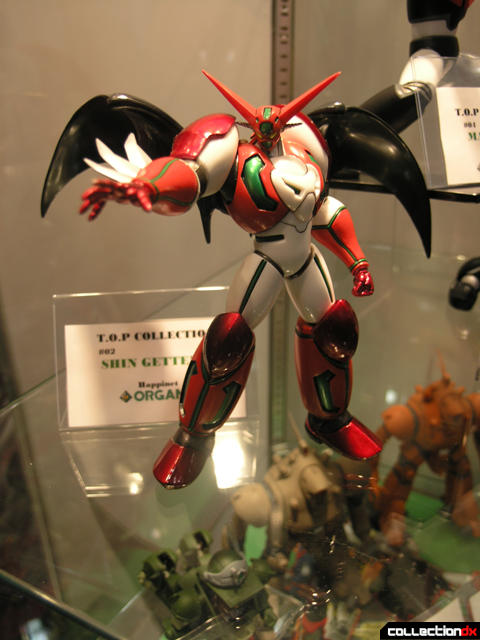 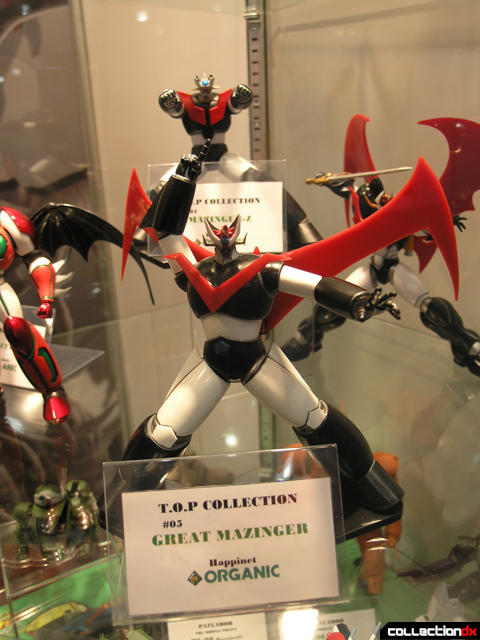 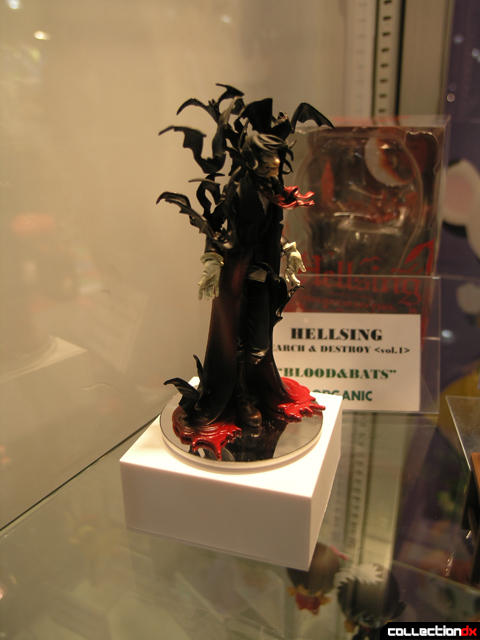 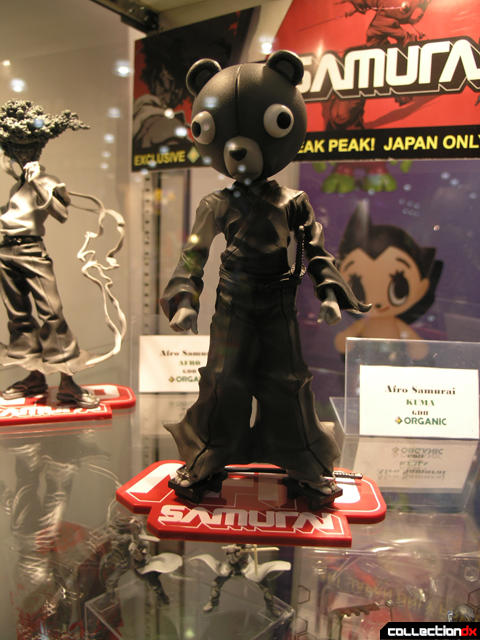 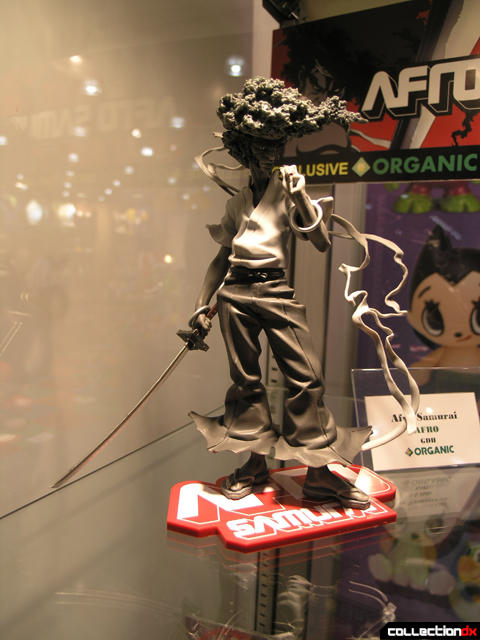 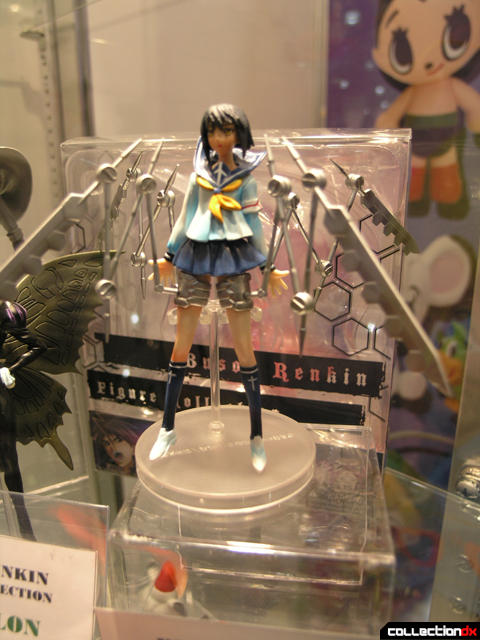 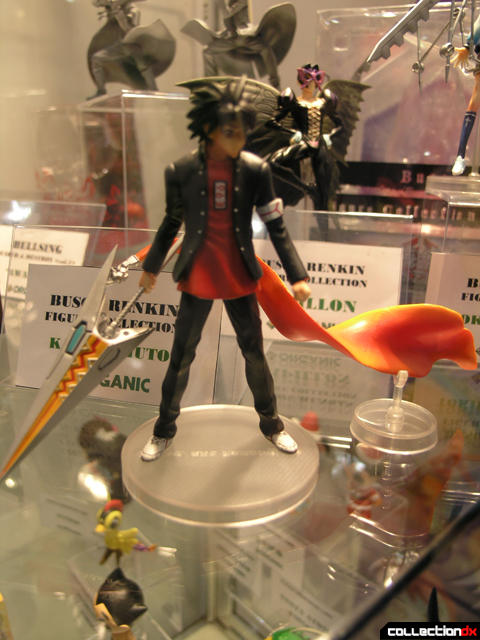 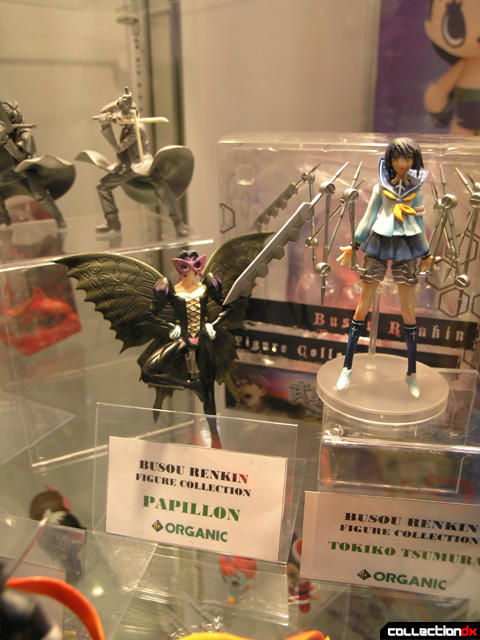 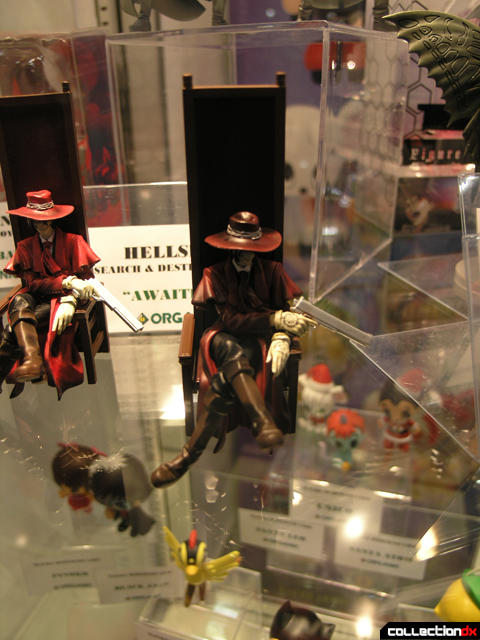 Considering the sculptor of those Macross Gashapon is Kaiyodo's main Revoltech dude, the Regult and Destroid Tomahawk are all but confirmed. I'll bet the Armored VF-1J is inevitable too. I see pics of that Soltic Special that's impossible to get now. If they bring that out here I'll be a happy man.

I hope the Regult either gets an accessory pack like the Evas, or multiple releases for the various types (Scout, Missile, Rocket,) hell, maybe in one box.

Cool stuff. Do we know what stores actually carry the stuff that Organic Hobby distributes? Is it comic stores? Online toy stores?

Thanks for the report.

Josh,
If you had talked to Stephan a little longer you would have learned that Organic Hobby will NOT be releasing Rodimus or Starscream in the US under their label. You can still get it through an importer, but due to licensing issues, these guys won't be offered by OH. Just thought I'd clear that up! They were awesome though their paint jobs made them look like die-cast!

Right - they did mention they won't be available through Organic, but you can get them through your favorite importer.

Hm... seeing their upcoming line... it seems I might join the revolt bandwagon... the macross line is so cool...

Just when I thought I was done collecting the revoltech line, they come out with more cool characters.

I was hoping they would be releasing King Kittan along with Gurren Lagann but I guess we'll be treated to Razengann. Which is fine, just a far less distinctive design.