Imaginext is one of those lines that are made for kids but are appealing to me as an adult collector. In my opinion, they had one of the best toys of the whole fair this year.

The whole basis of Imaginext started out as modular playsets that you could build and re-arrange. Each line has a theme, be it dinosaurs, knights, pirates or the Jungle. This year, the focus is on DC heroes, done imaginext style. They made a cool bat-cave with cute little versions of all the heroes. The playset is loaded with play value - tons of accessories and gimmicks. Remember how cool Castle Greyskull was? This is today's version of that. 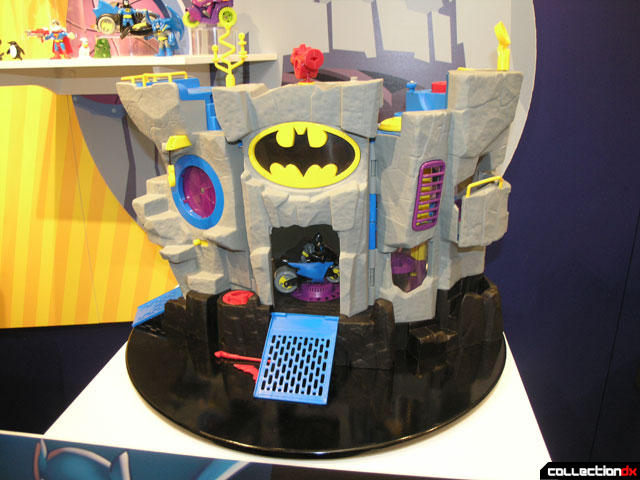 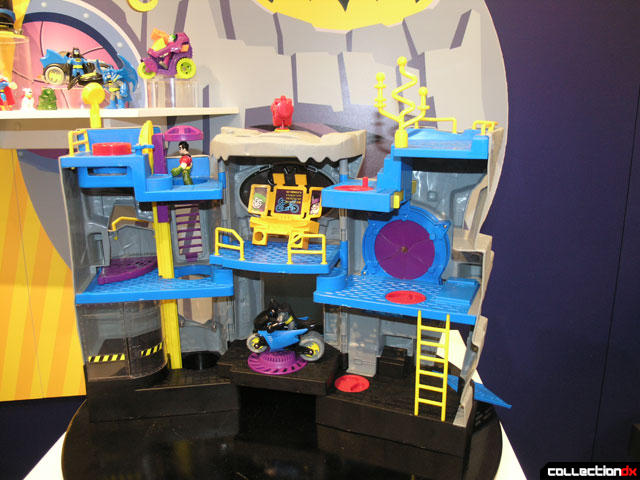 But as cool as that was - the star of the show (and maybe all of Toy Fair) was Spike the Ultra Dinosaur. 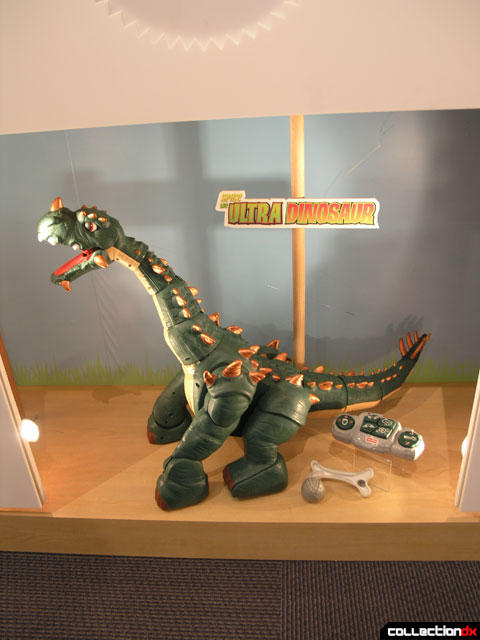 Spike is a large, kid-friendly, remote control dinosaur. The design of this thing is top notch. I love the sculpting of the whole Imaginext line, and this toy is no exception. Spike features full function remote control (walking, turning, standing on hind legs, picking up stuff off of the ground) as well as light-up scales and sound effects.

I mean, just LOOK at him in action!

Leave him alone for a while and he will sniff around before shutting off. The buttons on the remote are large and easy to understand. 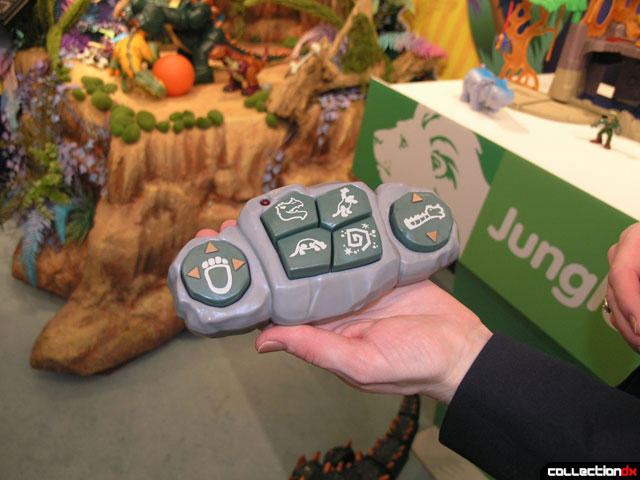 This thing blew my mind. It even features a rechargeable battery! 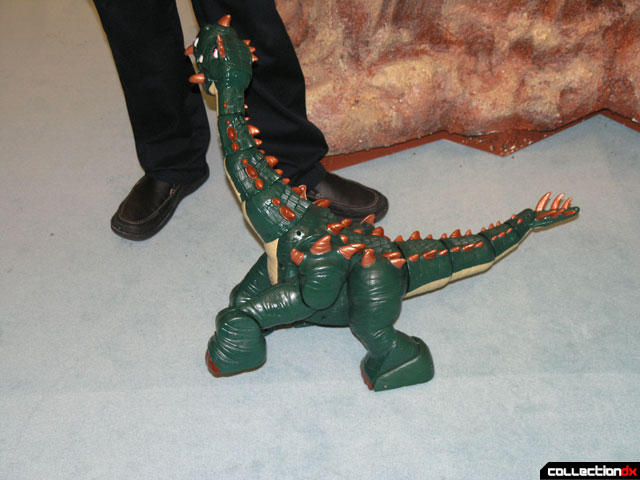 Spike will retail for $129.99 and I'm betting he will be on shelves for the holiday season.

I've felt sorry for kids growing up for the past 15 years or so. They didn't really have anything close to the cool s**t kids had in the golden age of the 70s-80s. Now it looks they finally have the edge in technological gimmickry. I see stuff like that dino and those tiny helicopters that fly and imagine what it would be like to have that stuff at 8 years old.

I imagine it's all relative since kids are used to technology nowadays and our amazement at shooting fists is about equal to theirs at a goddamn walking dinosaur.

Although we had Dino Riders 20 years ago, so it ain't all that.