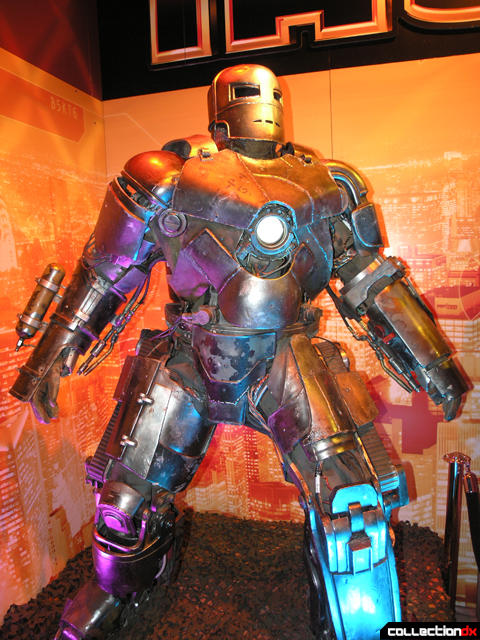 With the live action version of Iron Man coming soon, Hasbro is ready to release a decent sampling of action figures. The figures are 6 inches tall like the rest of the Marvel licensed toy lines. A theme with the Marvel properties is “6 Inch is Back!” and was sure to be repeated often like a mantra during the presentation of their new toy lines. 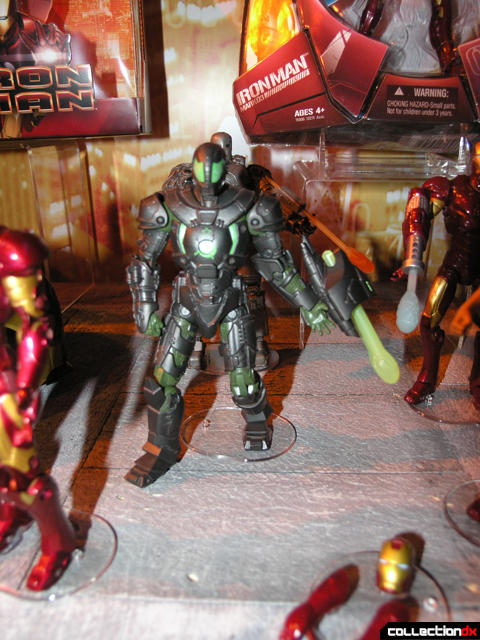 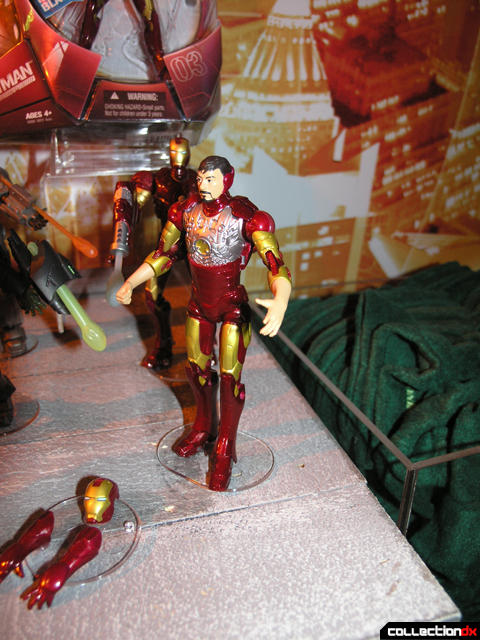 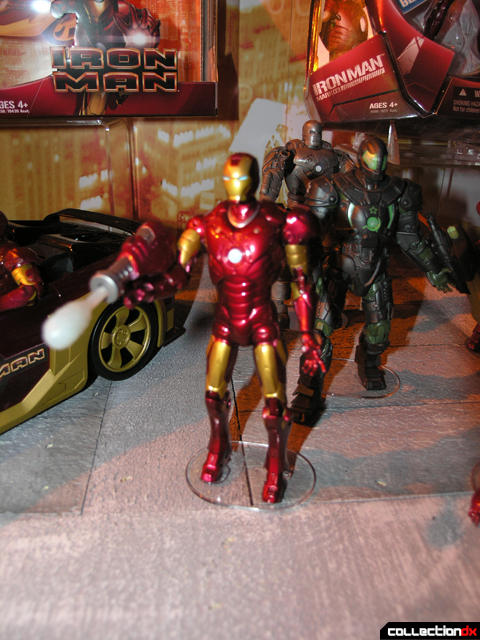 I’m not a huge Iron Man fan but the movie looks entertaining enough so I am very lukewarm on the toys. The larger, electronic 12 inch scale Iron Man came in two different varieties – Invincible Iron Man and Repulsor Power Iron Man. The sculpt was nice on these, the articulation – not so much. 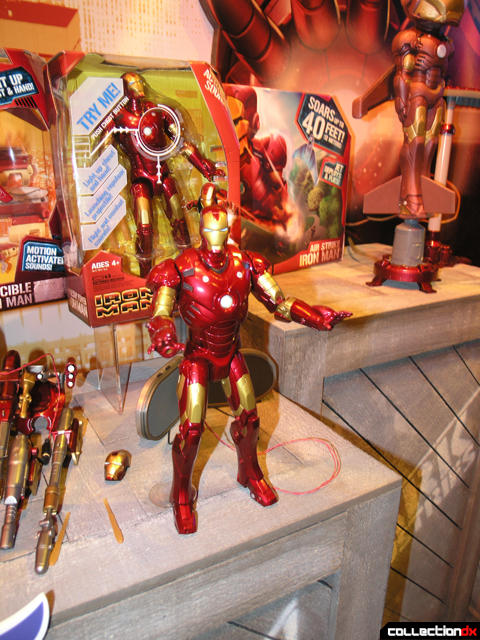 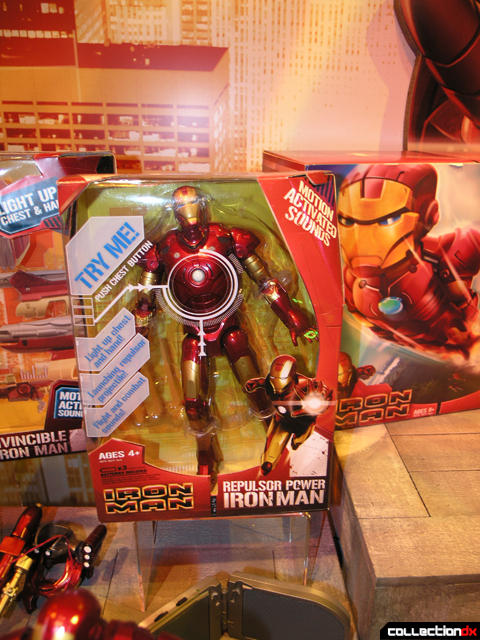 Super Hero Squad for the Iron Man was of course to be expected. 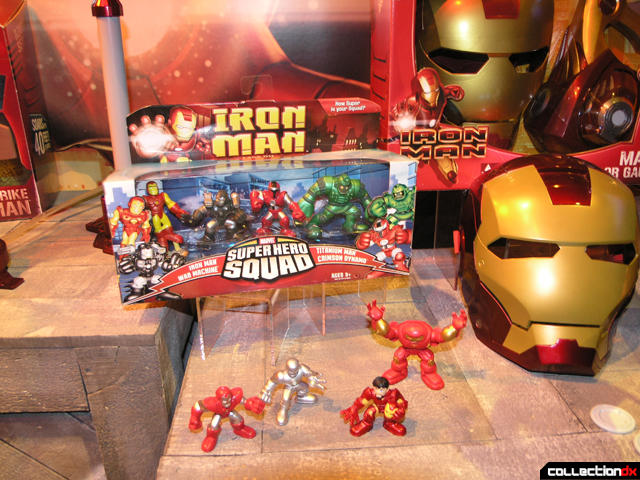 And no decent super hero toy line would be complete with out some role-play accessories. 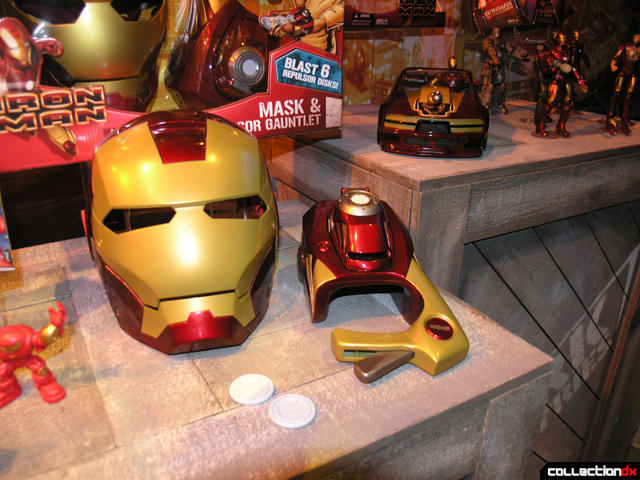 No bad guys where shown, not much other than Iron Man/Tony Stark variations, guess I’ll have to wait to till the movie to see what the Mandarian looks like.

8 comments posted
Is it just me, or are the

Okay, I'm a pretty big Iron Man fan, so I'm more than lukewarm for this stuff! ;)

Atom, can you tell us anything else about the big 12" figures? Like, what's the difference between "Invincible" and "Repulsor Power"? How bad was the articulation? Just looking online, it appears that the pricepoint'll be around $30. Not too shabby at all considering Hasbro has released higher-end toys featuring electronic goodies...movie tie-ins like the Ultimate Bumblebee and, of course, the Cloverfield monster.

Hell, I may need to get both and keep one at my office. Either that, or just get the helmet to creep out my co-workers!

Anyway, I'm not so much feeling the 6" figs. I have enough Iron Mans (Men?) from Toybiz's run of the Marvel Legends series. As soon as Hasbro took over, their quality plummeted. Plus, their gimmicks don't particularly impress me...nor do their sculpts.

That does sound kinda crappy.

I mean, the elbows sure *look* articulated. Oh well...I'll still probably get one because they look awesome and probably display great. Yeah, glossy metallic red & gold'll do that!

HTS has these guys up for (pre)order now. I wanna pull the trigger on that 12 inch, but I'm definitely going to have to wait and see this guy up close before I make up my mind. Surprised it's only listed @ 19.99 though, considering all the features.

...Is how, according to HasbroToyShop, the 12" Repulsor is slated to be released on April 4...they're obviously not in stores yet...but there're already at least half a dozen on eBay (albeit way over-priced!), in hand, ready to ship.

probably the same deal as all the TF Animated toys, some dudes in the factory have sticky fingers :)