Amok Time has gone from retailer to manufacturer with their line of universal monsters as well as other classic movie and TV properties.

These 24" monster toys really appeal to us in two ways. First, they are Jumbo sized at 24" tall. Then, they are of classic monsters which you know we love here at CDX. It's enough to make Nekrodave have a heart attack. 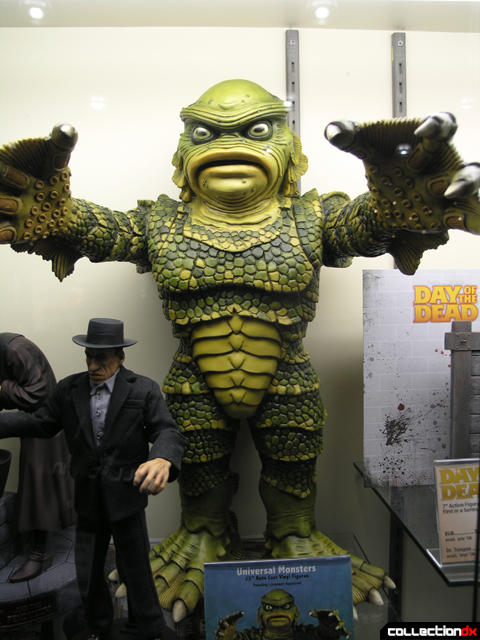 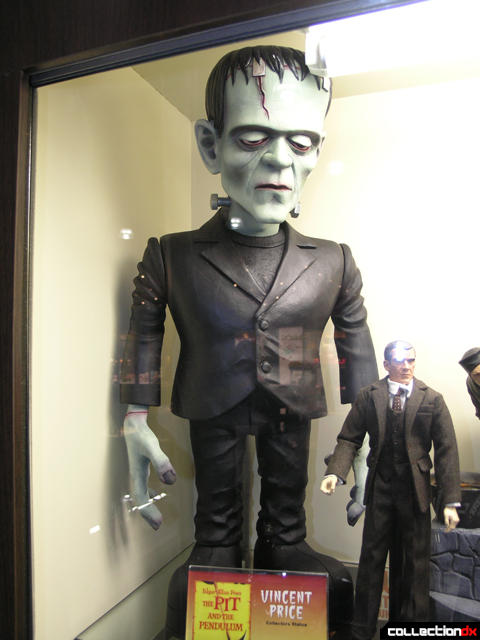 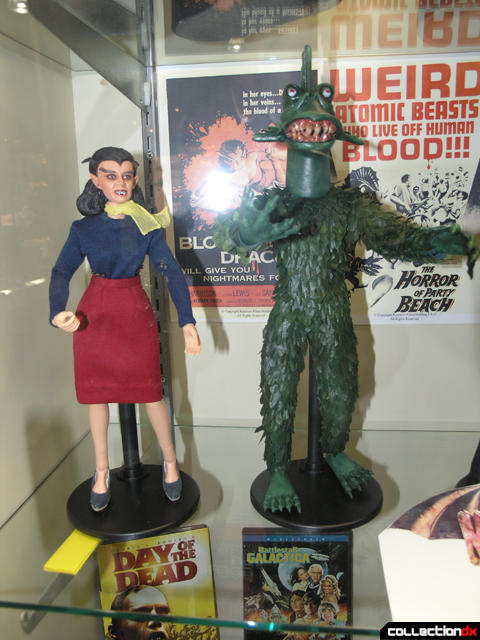 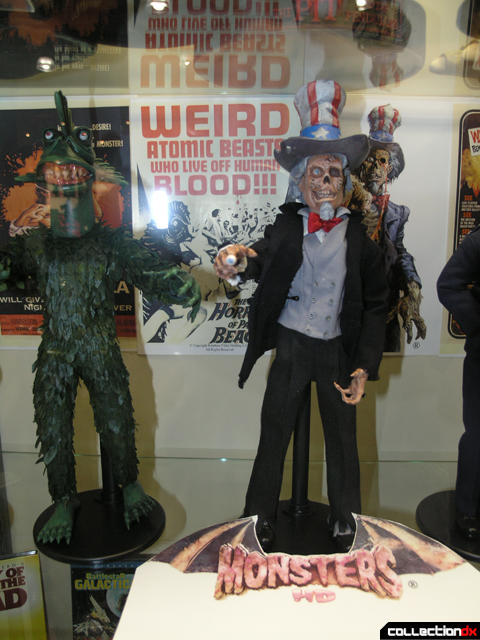 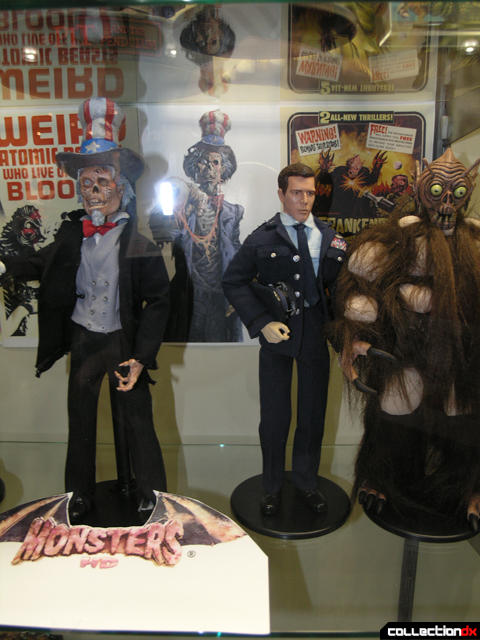 How about a giant vinyl GORT vinyl figure? 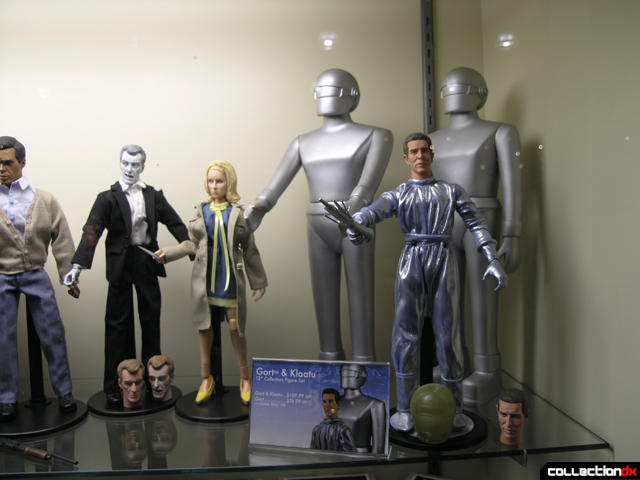 These 12" classic Battlestar Galactica figures look pretty sweet. Unfortunately, the base will not be for sale. 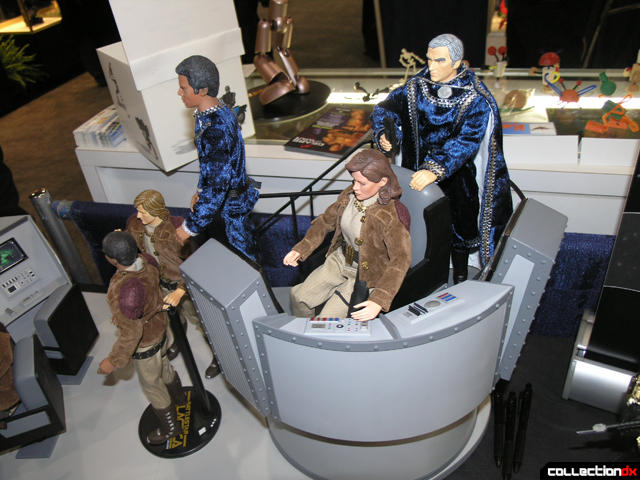 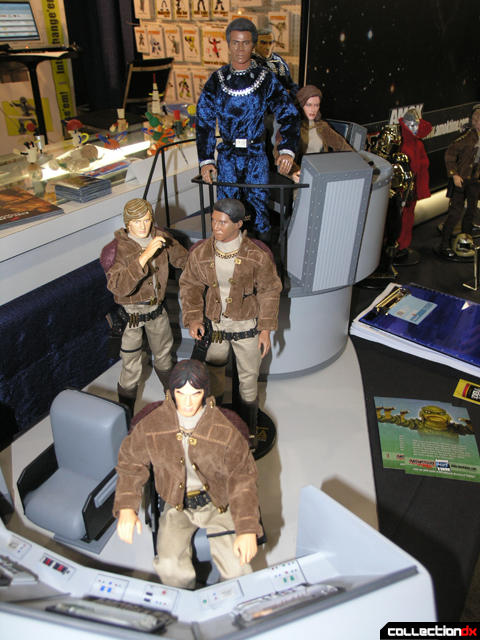 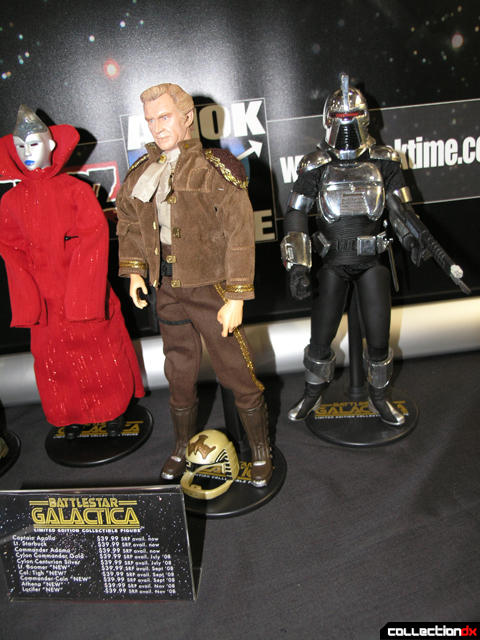 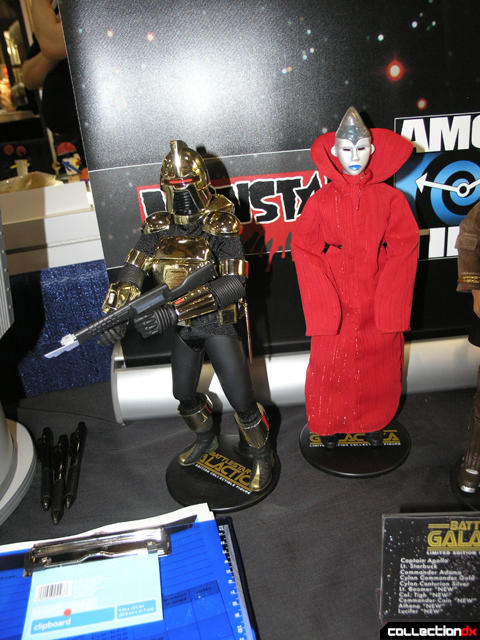 All of these and more can be found at amoktime.com

I've been wanting a vinyl GORT for a long time, both the Jumbos and the 12" line look great, Night of the Living Dead figures, and the red guy from Battlestar... best showing at toy fair 2008 by far!!!

I'm glad to see somebody picked up the BSG line. They're pretty cool for what they are, and just kitschy enough to be fun.

I want a Baltar and Noman figure too.

Yes, Amok Time's 1/12 figures are pretty badass. Honestly, I don't really collect 1/12 scales but I may have to make an exception for a silver Cylon Centurion. Honestly, though, what I'd *really* like to see is bigger-scale higher-quality renditions of the vehicles. Vipers, Raiders, and, of course, a Basestar, the Galactica, Pegasus, and maybe some of the other caravan ships. Hasbro's pitiful "Titanium" ships represent a rather miserable effort...

Naturally, I'm really excited about what's in store from these guys this year. Both the jumbo sized monsters are really cool, and even though I believe those were resin prototypes on display, they will be cast in vinyl. :)

I think the thing that excites me the most was actually getting to talk to the owner of Amok Time, Paul Lazo. He seemed like a really cool guy and his love of old monsters clearly showed. That, and that he's so interested in doing something DIFFERENT with his choice of characters! I mean, who would have ever thought we'd see toys from "Horror Of Party Beach" or "Frankenstein Meets the Space Monster"!? Hell, even I haven't seen those movies (yet!). In addition to what was shown there, word is that they'll even be doing figures of Zacherley and Tor Johnson. TOR JOHNSON!!! Oh and dig this....GROOVIE GHOULIES!

The only negative I can think of is that vinyl Gort, since I just bought the Rocket Pro resin statue before hearing about these... Ah well....

Yeah, I heard that yesterday. It's a real shame as Ben was reportedly a really great guy. All the monster collectors are really pretty broken up about it. I met him only briefly at Creaturefest 2004 and it was a historic show as it was the first time that he and Ricou Browning (who played the Creature underwater) ever actually met. I'm proud to say I was there for that. He'll be missed... :(

Ben Chapman is the man who defined the Creature with his creepy, characterful movements on land. I was really sad to hear about his death the other day. I hope he died knowing how loved the Creature was and how much fans like us appreciated his work.