Comic Con hit New York this year and I was on hand for the first day to check out the Tamashii booth. Lots of great stuff to be seen this year.

The entrance had this human sized Gundam statue which would look nice in my room. Gundams of course had a major presence and with good reason. 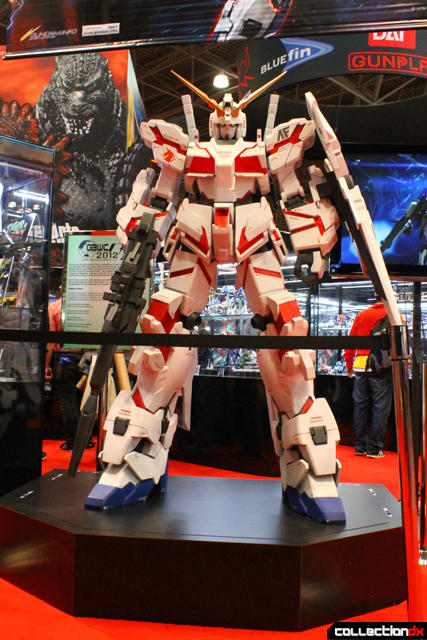 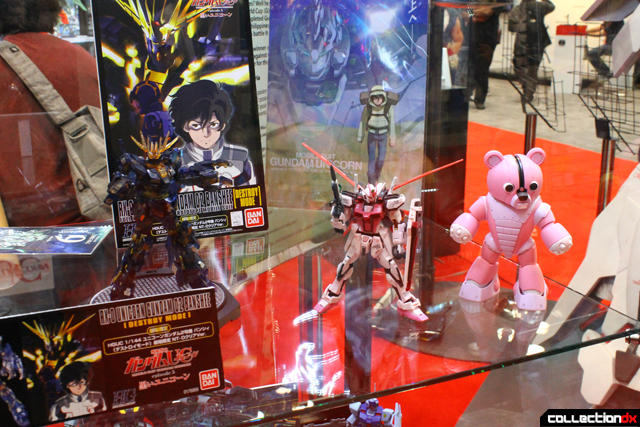 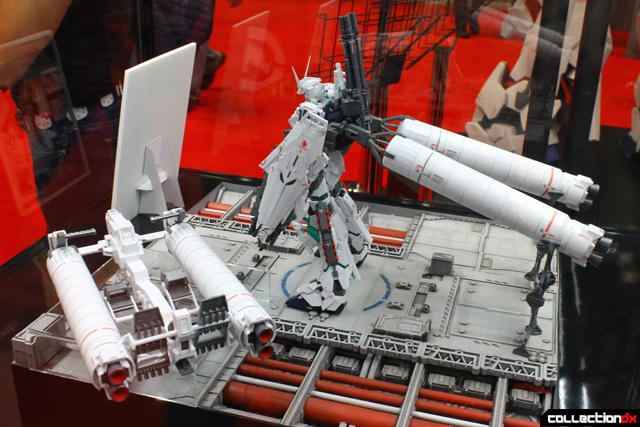 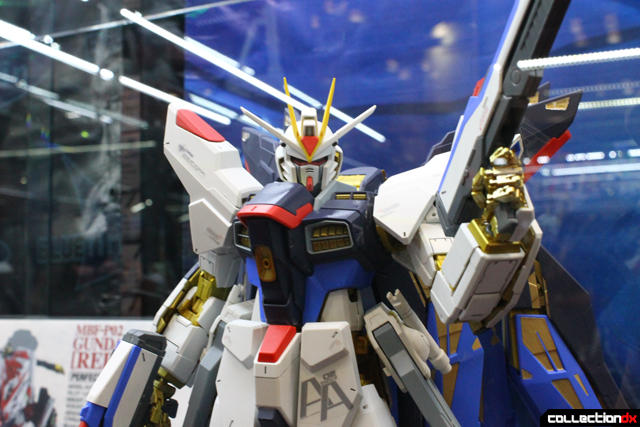 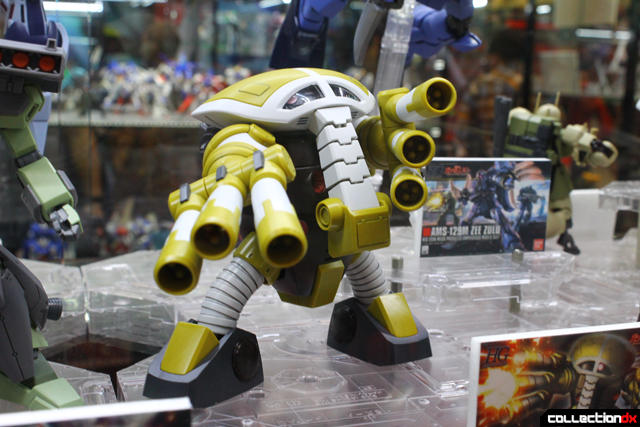 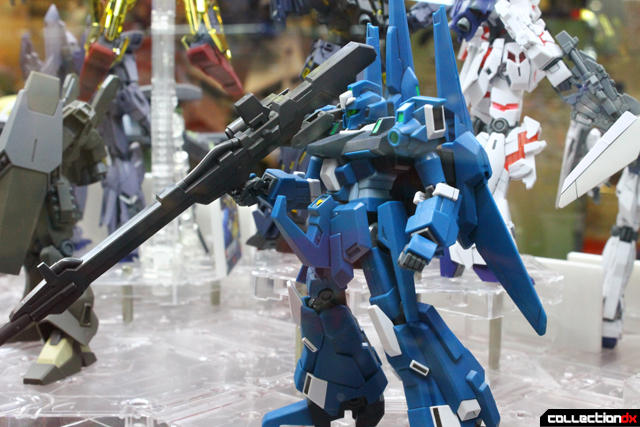 I really want to build this for my daughter. It's an event exclusive. 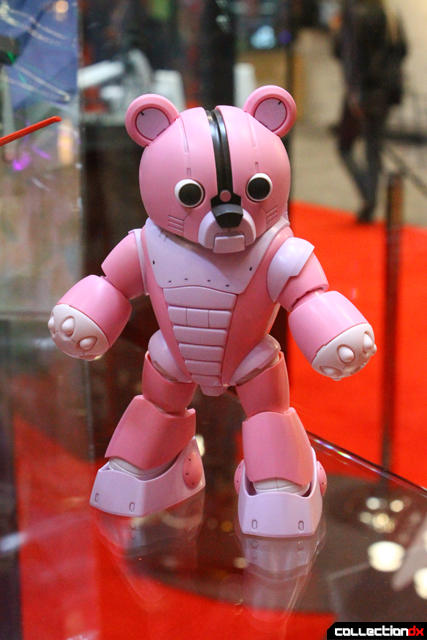 You could even buy Bandai stuff there. Anything from candy toys to full blown Chogokin. I almost swiped up a King Ghidorah MonsterArts figure until I realized I was $125 too short. 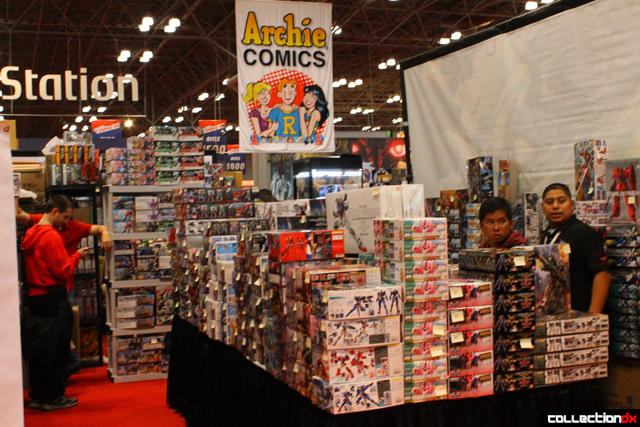 Tiger and bunny were in full effect. Some cool stuff out there for these guys. I feel the need to build a Tiger Figurise model! 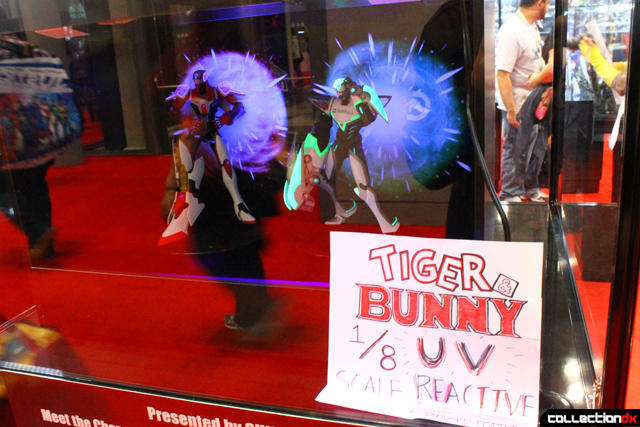 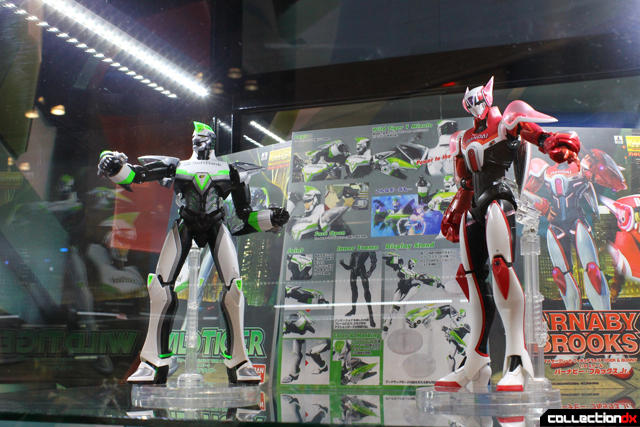 The S.H. MonsterArts King Kong should be a smash. It looks stunning. 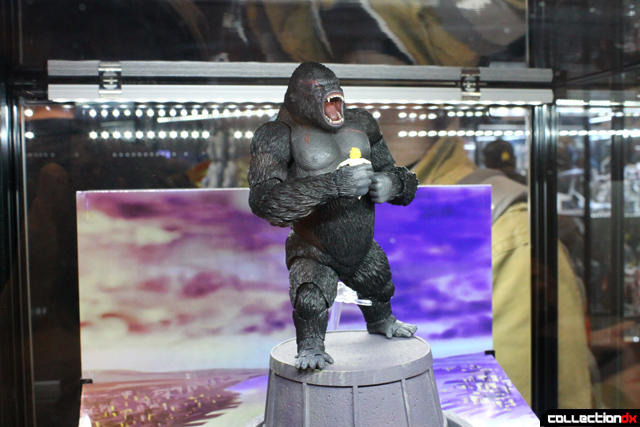 Look at the size of the MonsterArts King Ghidorah! Not as gigantic as I thought but it has an insane wingspan! 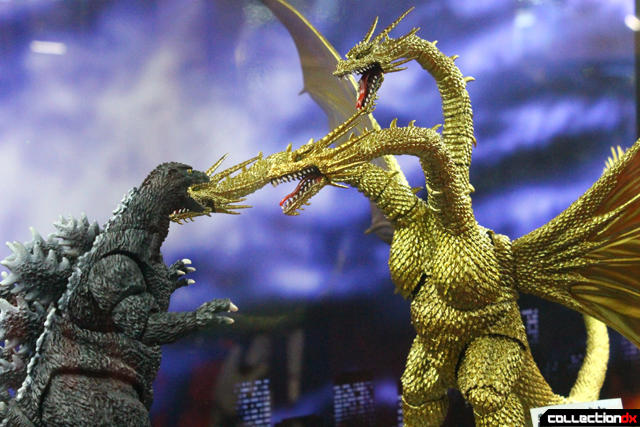 The big surprise for me was the MonsterArts Destoroyah which is going to be one huge and heavy mofo. Much more mass than King Ghidorah. 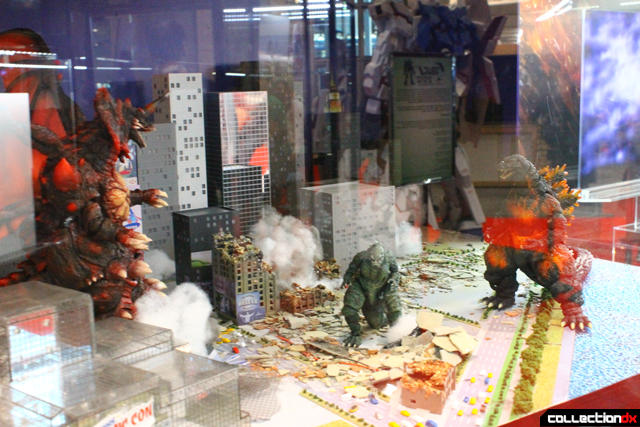 The DX Mazinger Z is really impressive. I'm glad I have one on preorder! 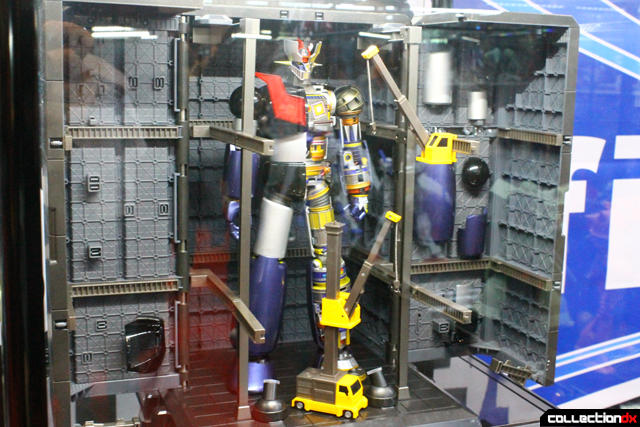 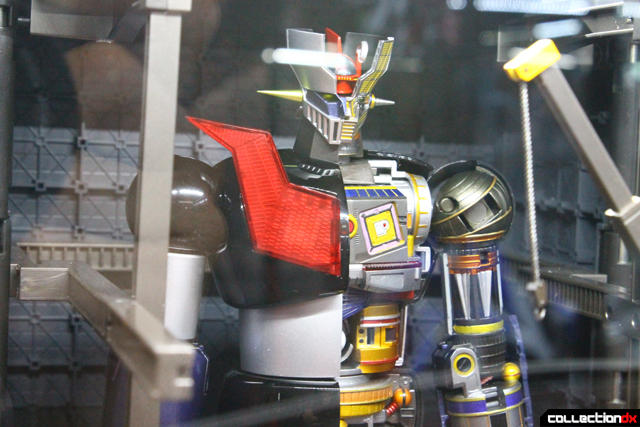 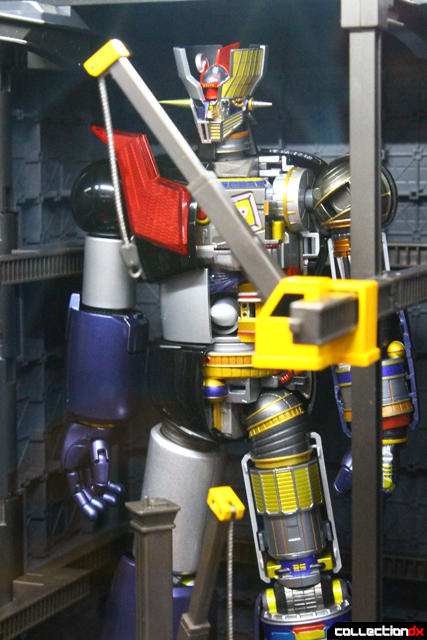 Super Robot Chogokin. I don't have any of the Sentai stuff, but they actually look good in person. 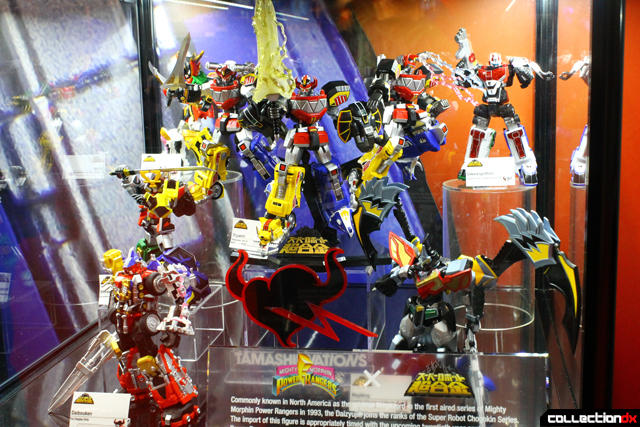 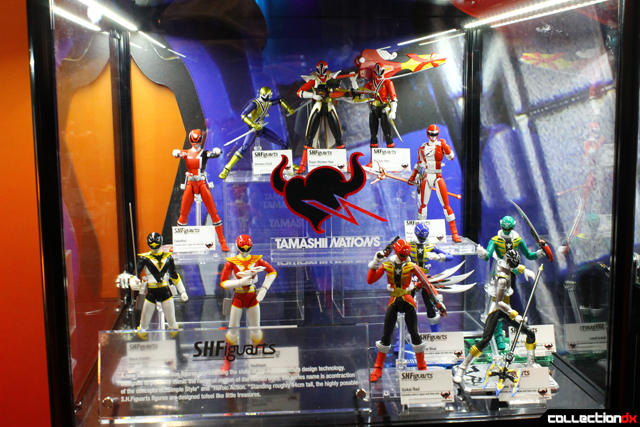 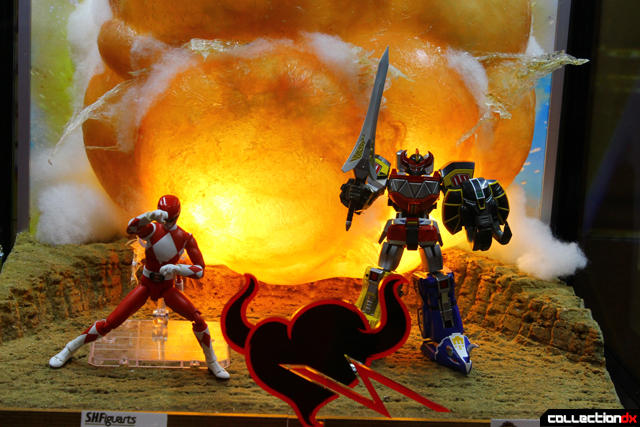 When I found out the price of this C3P0 ($399.99US), I lost all interest and didn't even bother to read up more on it. I read it was a small Chogokin and then that it was being made into a 1/6 so I assumed it would lose the diecast. I was WRONG. It is 12" of heavy diecast C3P0! Need it NOW. Here it is in unpainted form before the young lady dropped it to smithereens. (you can see the drop in the video.) 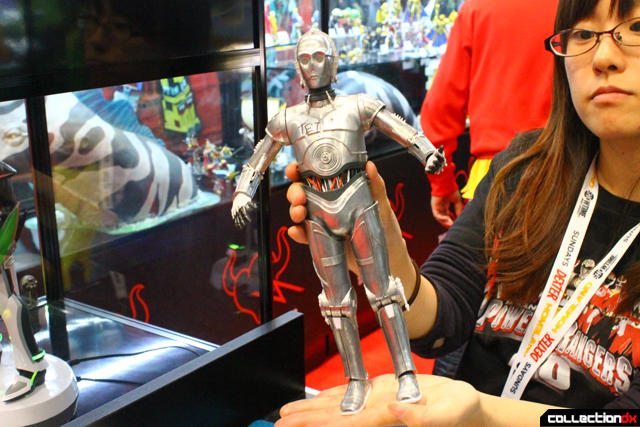 Here it is painted with R2D2 which was very impressive. Unfortuantely as nice as the R2D2 is, it is still pending Licensor approval, but I don't think it will be a problem. 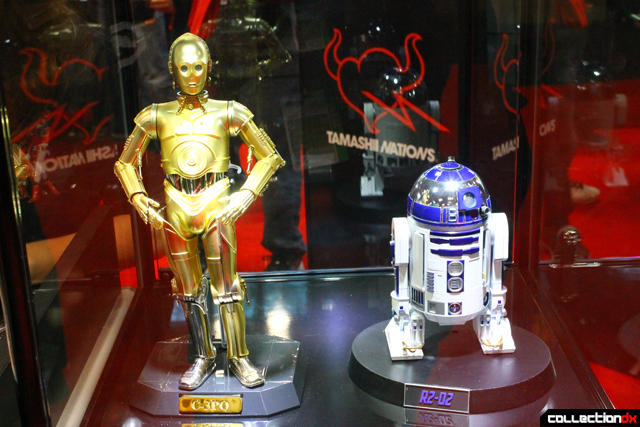 11 comments posted
Excellent coverage! Plus, you

Excellent coverage! Plus, you get bonus points for Gundam boners.

I'm a sucker for robot boners...wait that sounds bad

Well I DO have G1 Galvatron hanging out in my kitchen, so I'm no stranger to roboners.

I think you're staring at the ReZel too much.

Nice to see Gunpla at NYCC, but the Hobby Show across the planet's showing off the Version Ka Nu Gundam.

DX Mazinger's Limbs look whiter than the earlier prototypes, looks like theyr going for a more anime accurate look (as opposed to how the SRC Mazinger Z looked a bit off) WHICH I LOVE !! not to mention those crazy finger joints, AMAZING !!

It might just be my camera, I had Auto White Balance on with the figure under LED lighting, not the best combo for pictures. The one on display looks like a prototype so its subject to change

thanks for the great pictures! i wish kong was the 1933 version. i also wish i could afford that mazinger, and i like the white limbs better as well. Your pictures are really nice. thanks again.

Well, it's not the '33 version but if any of you guys are interested in this figure, please say so, this figure was removed from display since it's pending licensor approval, but Bandai would like to see what type of reaction this figure can get, I for one want it!

I'm pretty sure the Veef is amused by your interest in Rezel's powerful crotch thrust.