On May 28th 2008, I took part in a panel on Korean Toys at the Korea Society in New York City. Along with fellow panelists Seho Kim (Korea Society) and Eric Nakamura (Giant Robot) we talked for over an hour about Korean toys, and the larger impact that those toys are having on Korean Culture today.

The full set of pictures can be found in this Flickr set, but here are some of the highlights: Here we are being introduced to the audience Seho Kim, who works at the Korea Society, gave a talk on traditional Korean toys, such as trading cards and tops.

Then it was my turn My slides consisted mainly of shots of some of the great Korean Bootleg toys I've come across in my collecting journey. Then Eric Nakamura talked about the larger cultural significance of Toys and their impact on modern media. From there, we wrapped up and then we went out for Korean food, natch. There was a group of 10 of us, and I met some really great people, and shared some tasty Soju (it's like a Korean vodka). I have to say, Eric was a great guy - I hope to be able to work with him again in the future So, fun was had. There were some cool people in attendance that night, and I want to give a couple shout-outs.

Like I said, Eric is a cool guy, and he blogged about the talk a bit. You can read about it here and here

In attendance was blogger Jeaux Janovsky, who covered the event on his blog, and did this awesome sketch of the event. That's Amazing! 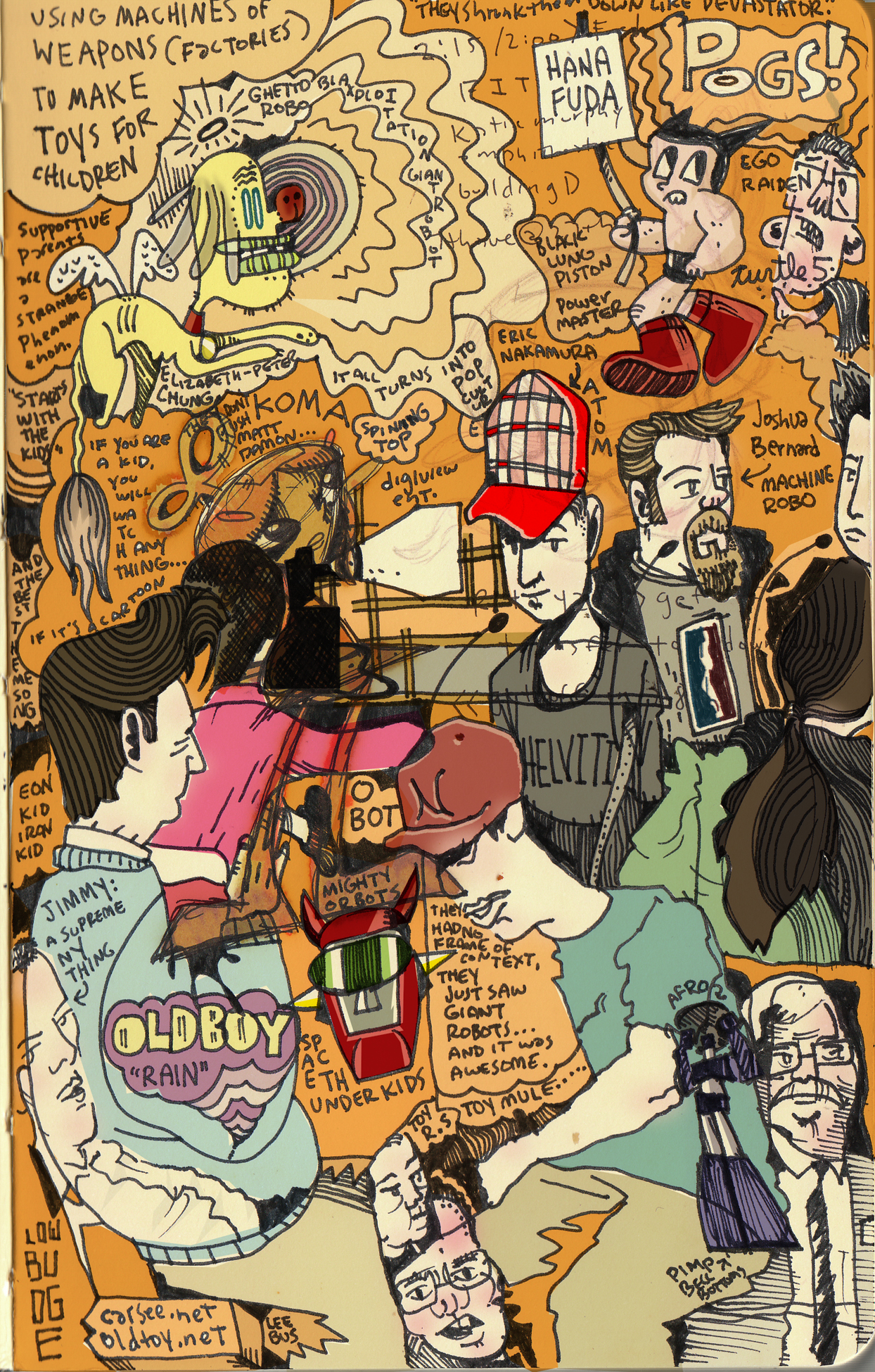 Also in attendance was blogger Jimmy from asupremenewyorkthing, he was a great guy who actually sat next to me at dinner. Awesome company.

The event got some press - here's a writeup from blogger James Leung (who is a DAPDX Fan!). Hi James!

The Korea Daily had a small write-up in it's May 30 paper, a scan can be seen below. 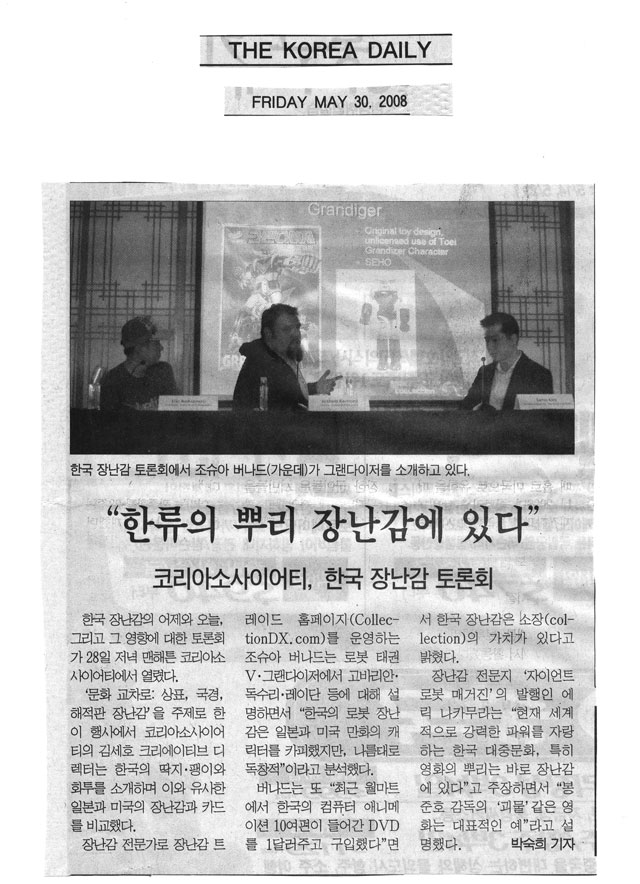 The article can also be found on the Korea Daily website. Ran through Google Translator, it comes out like this:

Korea Society of toys yesterday and today South Korea and the United States toy debate about the effect the debate was held 28 days from the Korea Society dinner in Manhattan.

'Cultural crossroads: the border pirated toy brands' as the theme of the Korea Society in the event gimseho creative director of the ticket. Paengyi Henutmire and Japan and the United States to introduce a similar comparison of the cards and toys.

Toy experts in the toy trade homepage (CollectionDX.com) to operate the robot Taekwon Joshua V. Bernard, in that it did goba Lian. Eagles. Reyidan, describes as "a toy robot in the United States, Japan and the United States copy of the cartoon character, Own way, but creative, "he said.

Bernard, "Wal-Mart in the United States recently has entered the computer animation DVD to one U.S. dollars and 10 yeopyeon purchase," said the warden toys Korea (collection) is worth said.

So there you go.

I'd like to thank the Korea Soceity for having me, and espescially Jinyoung Kim, Seho Kim and Ernest Woo for having me out. It was a lot of fun!

3 comments posted
Very cool. I hope you get to

Very cool. I hope you get to do some more, and maybe I'll be fortunate enough to attend.

Looks like a great events, looking smart on the panel discussion. I wish I could have gone!

Nice work Josh. I hope this is the first of many Korean toy culture events you get involved with in the future as there's much interesting stuff to discover from the little peninsula.