I have a confession to make - I’m more of a Street Fighter guy than a Mortal Kombat guy. Game wise, the original Mortal Kombat seemed counterintuitive to a guy who learned on Street Fighter. The characters seemed boring, and the moves seemed cheap. People found it funny to watch me try “strategy” against a button-masher who knew one move with Scorpion. It just rubbed me the wrong way.

I am also not a fan of He-Man. I hated the cartoon, and I thought the figures were kind of dumb, and never stood up properly.

Imagine my surprise when I got my hands on the first wave of Funko’s MOTU-style Mortal Kombat figures in their unofficially-named “Savage World” line. I actually really dug these, and I’m looking forward to what licenses the rest of the line holds. They should hit retail about February 2018!

I should note that these are from Mortal Kombat X, which I have never played.

These review samples arrive courtesy of Funko! They've done a fantastic job of taking the classic He-Man aesthetic and bringing it to the next level of quality and detail.

“Savage World” is the name given to these MOTU-style figures, which first came on the scene with their Son of Zorn figure. Now Mortal Kombat X gets the treatment and it works!

The initial assortment features 5 regular characters (Raiden, Sub Zero, Liu Kang, Scorpion, Kitana) and three chase figures, which to me are cooler than the regular releases. Each comes on a sturdy blister card.

Kitana is the only female figure in the line, and she has similar curves that Teela from MOTU would have had. She’s got 6 points of articulation and comes with two fan blade weapons. 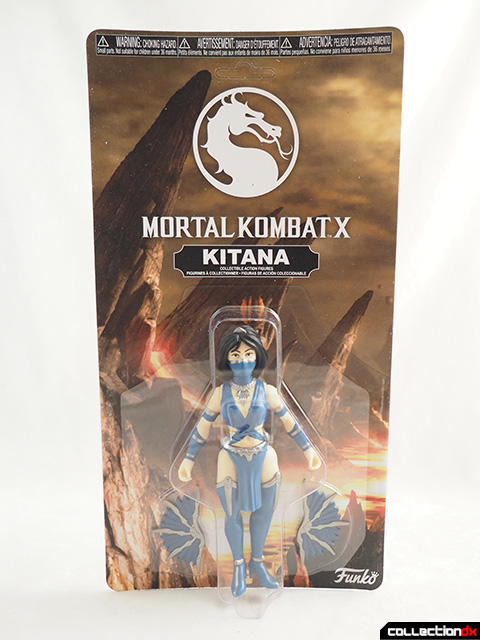 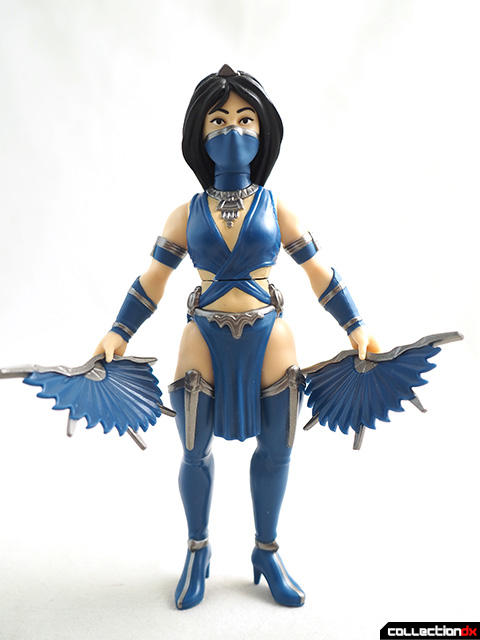 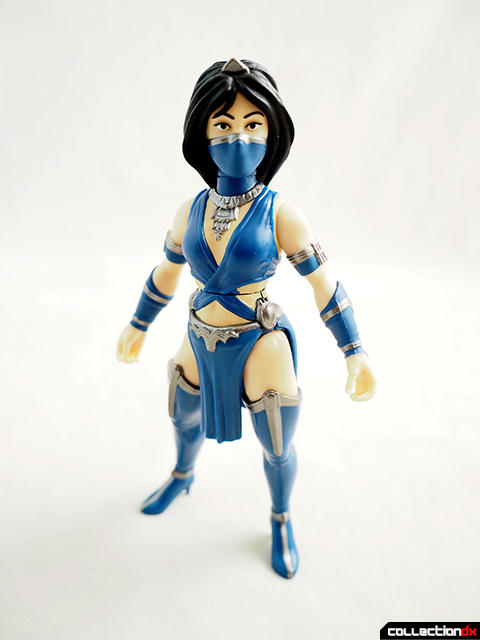 Liu Kang is one of the more boring characters to me. He’s a pretty straight forward karate-guy, with no weapons. His physique is very bulky as opposed to the normal representation in the video game. The sculpt however is fantastic, with nice detal sculpted into the tunic and arm guards. Paint is phenomenal. 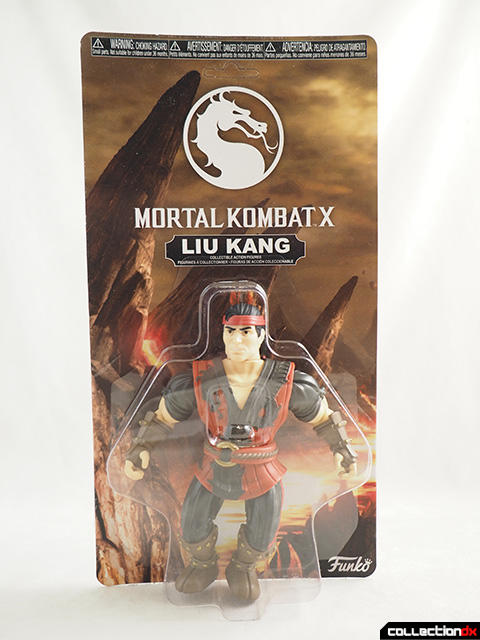 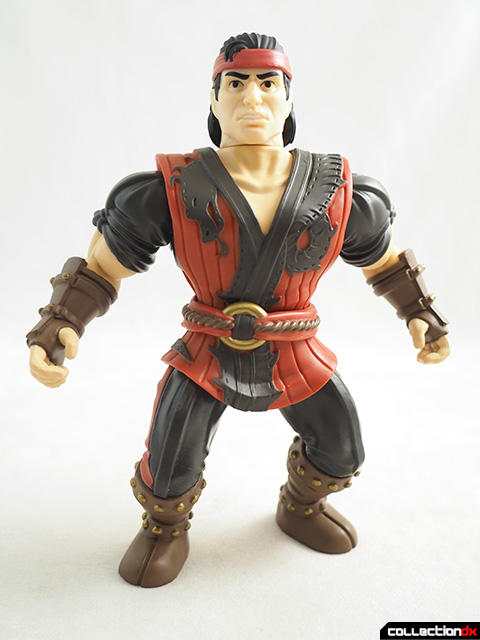 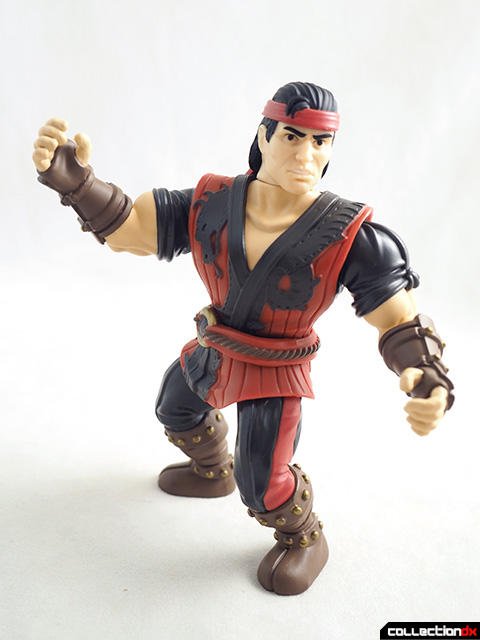 Raiden was one of the more fun characters to play in the game, with lightning powers and the ability to fly across the screen. His toy representation is suitably ominous, with vacant eyes and aggressive posing. The toy includes two clip on lightning bolts. 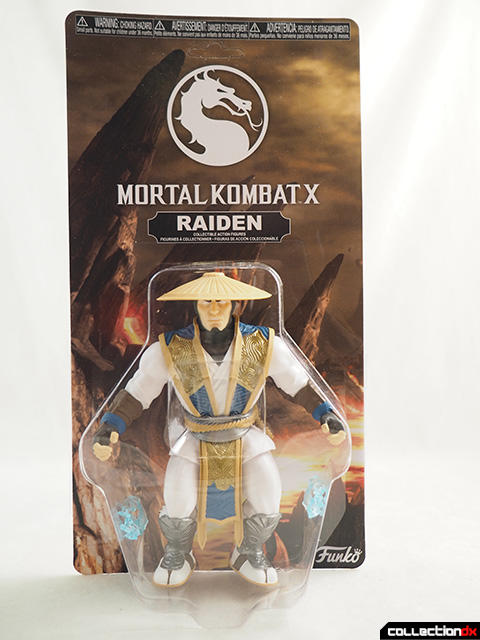 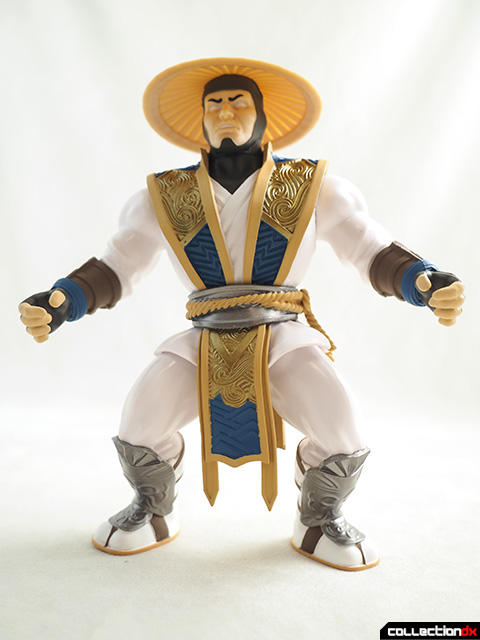 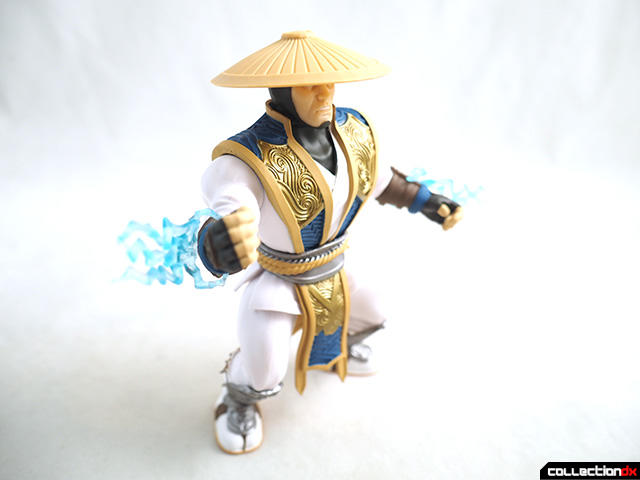 The variant version adds an amazing lightning bolt effect all over the figure and translucent hands and feet. 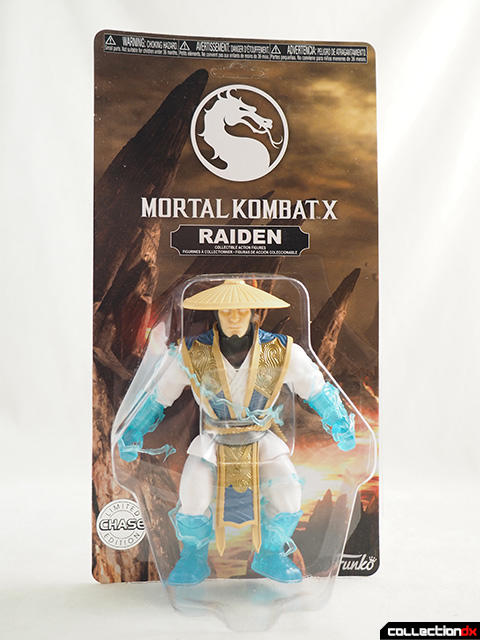 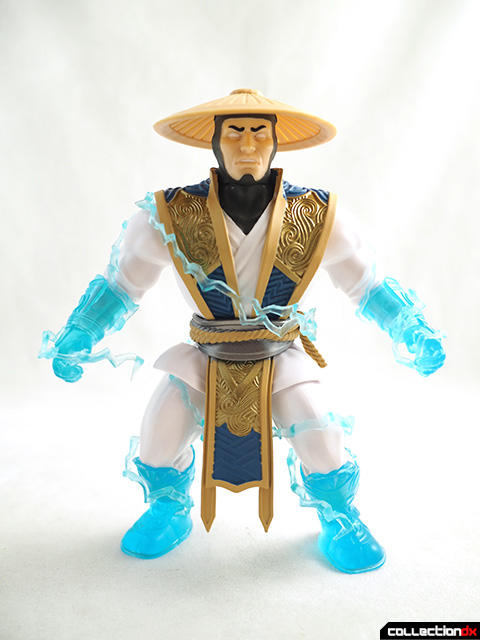 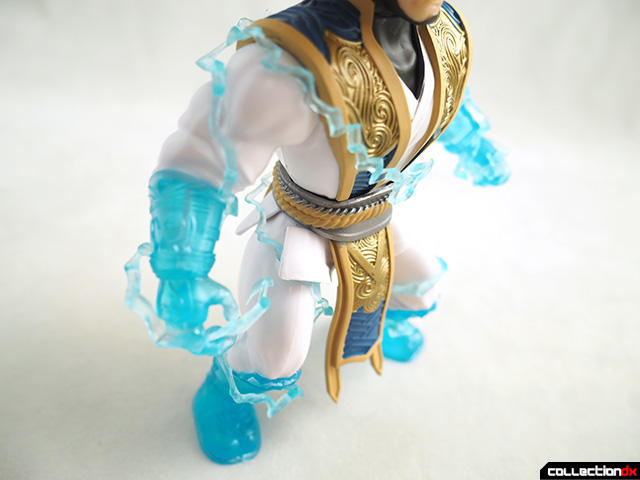 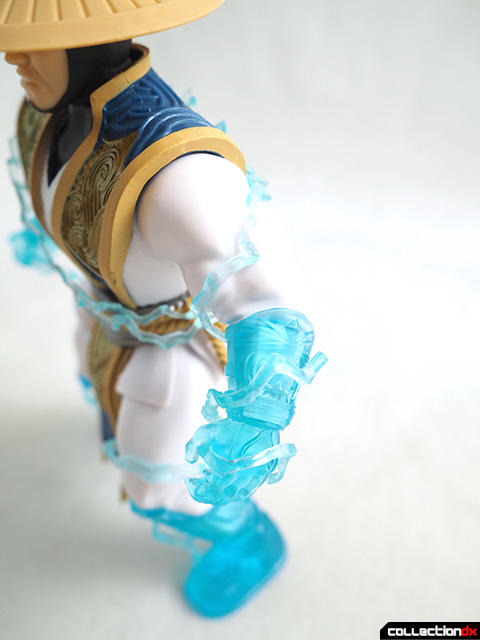 Sub-Zero was another character who used to piss me off. The ability to freeze opponents and create ice duplicates of himself was almost impossible to defend against. He looked cool though, although he was basically the same character design used for Scorpion, Noob Saibot, Reptile, etc etc…

The Sub-Zero figure features and ice knife and hammer, neither of which I remember him wielding. Maybe I didn’t pay enough attention. They probably make an appearance in Mortal Kombat X, which I have not played. 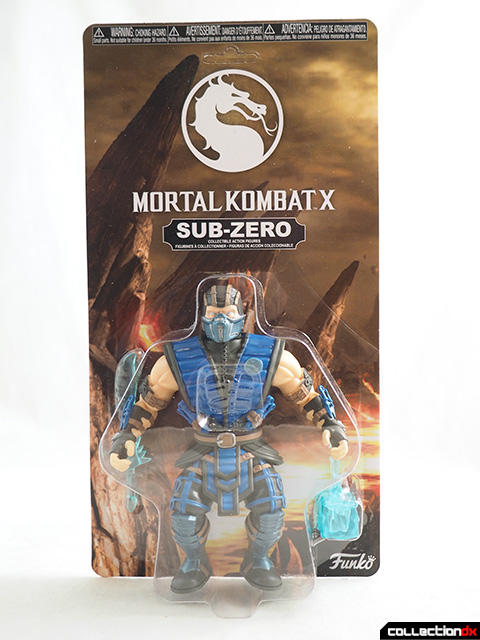 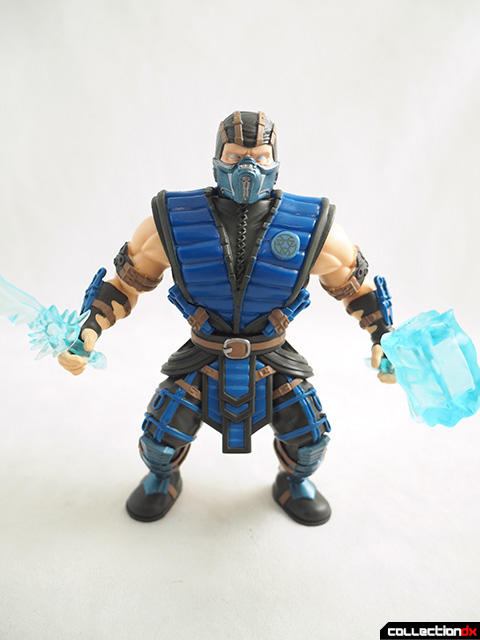 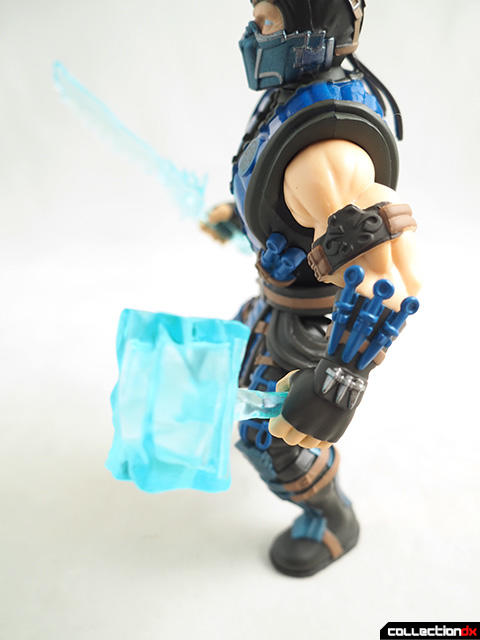 The chase figure is an all-translucent version of the same figure. Translucent versions are one of my weak spots, so I was very excited to get this figure. Its just so very cool. (pun intended) 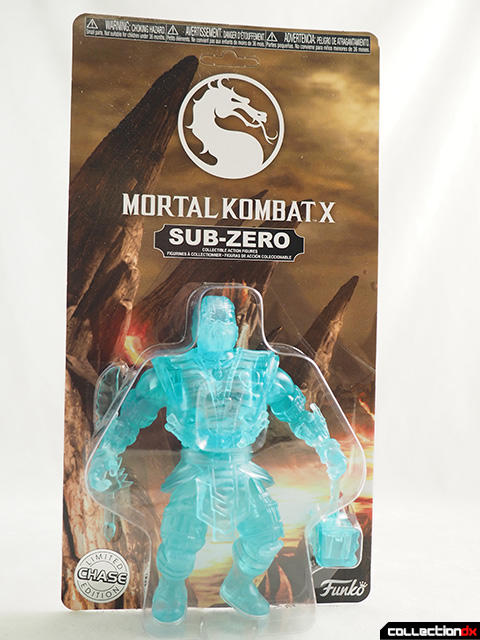 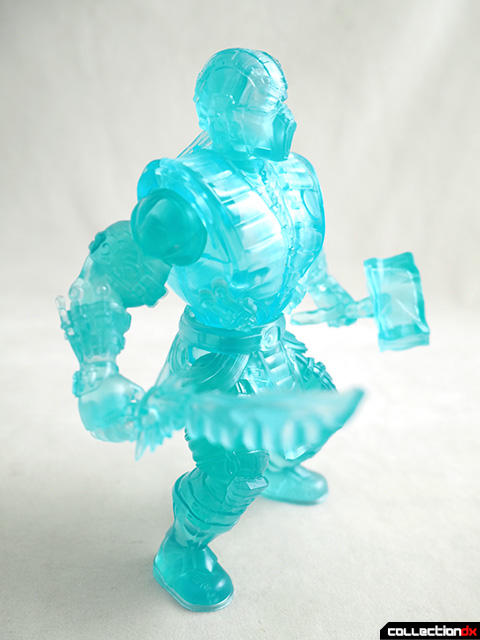 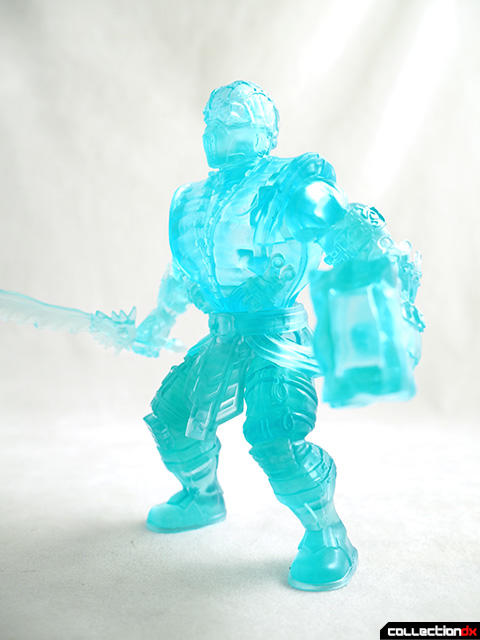 When I was dragged into playing Mortal Kombat, i usually picked Scorpion, due to his chain-dagger attack. I loved hearing him yell “Get over here!” as he pulled his victims closer.

Sadly, there’s no chain to replicate this signature move. Instead we get two swords. They are cool, but I would have preferred the chain dagger. Probably another difference in the Mortal Kombat X game. 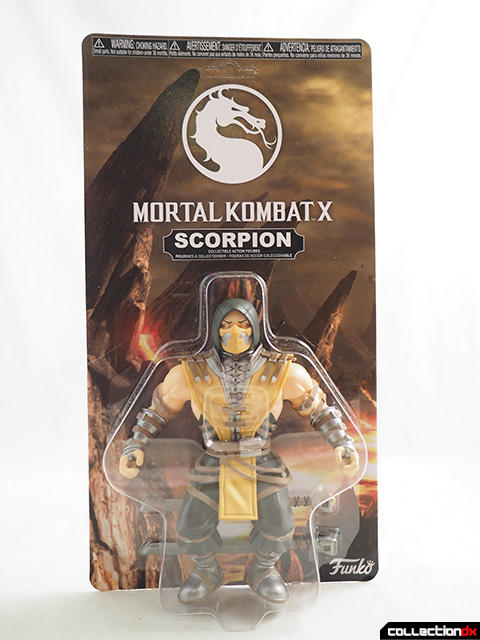 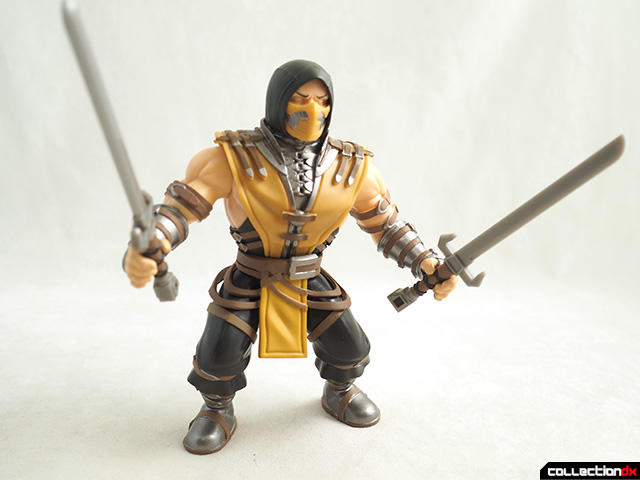 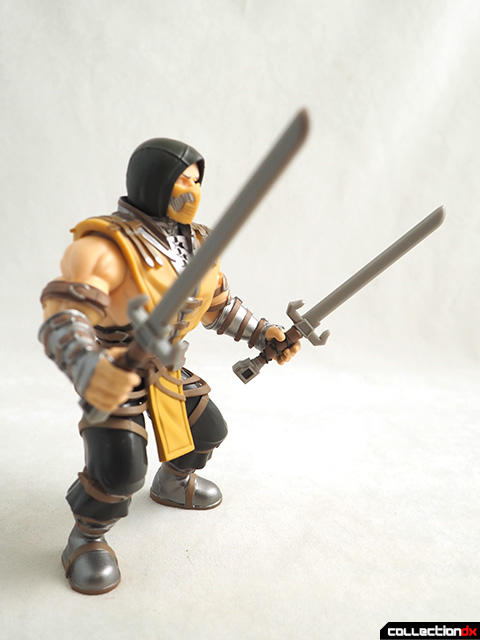 The chase figure is possibly my favorite of the lot. They’ve replaced the head with the flaming skull head he would have during his Fire Breath fatality. Yes. 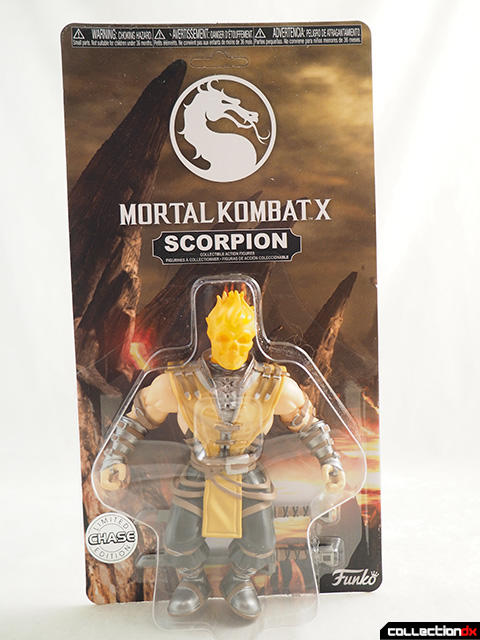 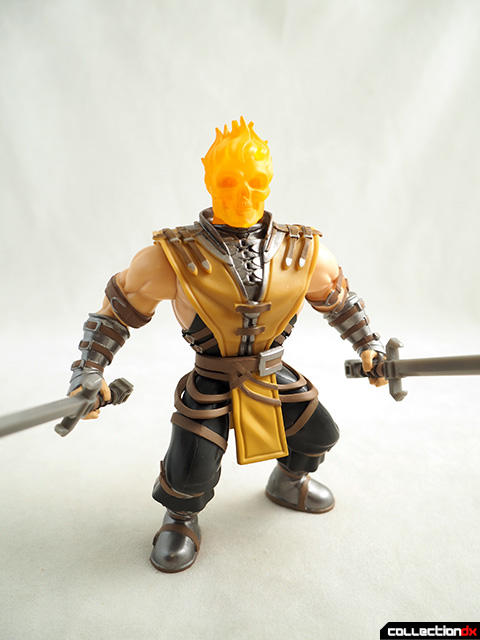 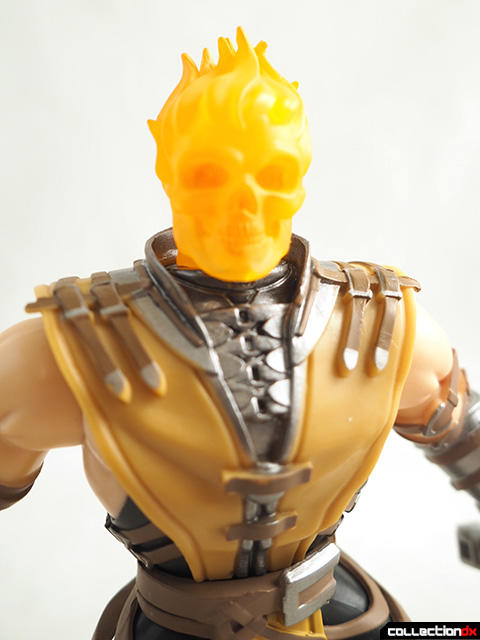 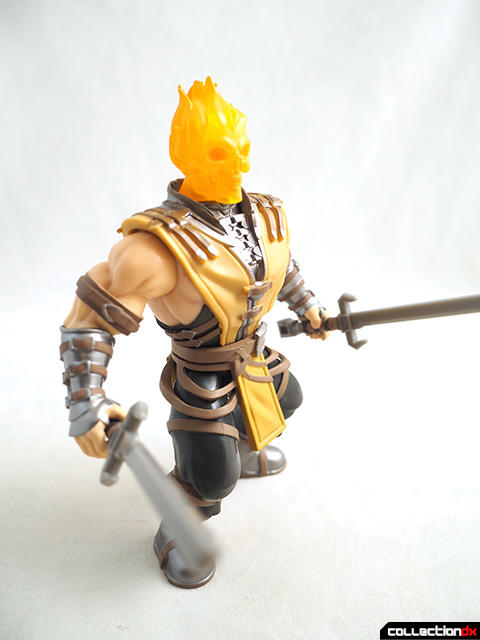 This is an awesome line. Thanks again to Funko for the samples! Keep an eye out for these in Feb 2018!