July can be a busy month of the year, especially if you live in Southern California. A lot of great events seem to get tied up here in one short month: the San Diego Comic Con, Anime Expo, Macross World Con, Ed Keller’s Kit Collectors Exposition & Sale not to mention some other interests I have such as Old Fort Mac Arthur Militaria & History encampment and two vintage record swap meets in Pasadena and Buena Park. 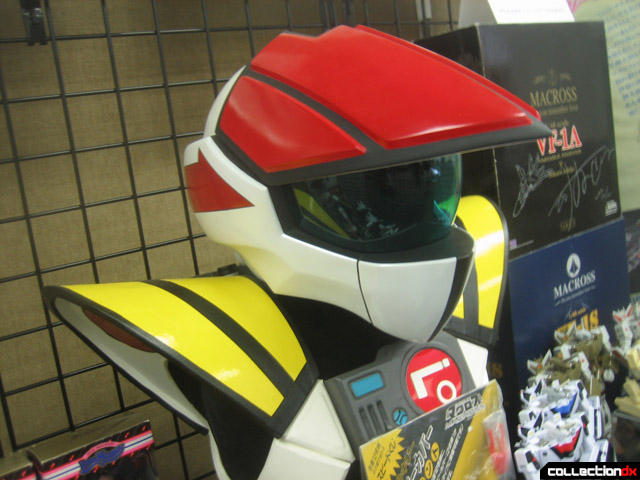 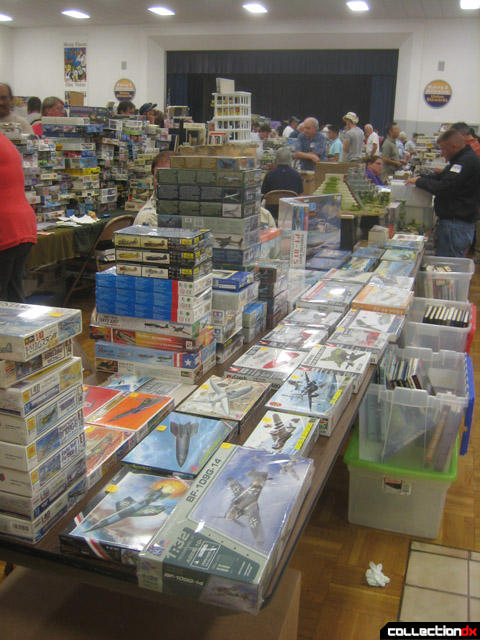 I have not been to a Model Kit exposition since the 80’s and over the last few years I have started building model kits again and I felt it was time to hit up this show again. Ed Keller has been putting these kit conventions on for 32 years now and if you are into OOP model kits this is the place to be. The event is held at the United Food & Commercial Workers Union Hall about three times a year. It is a little known event outside the Military Modelers circle. 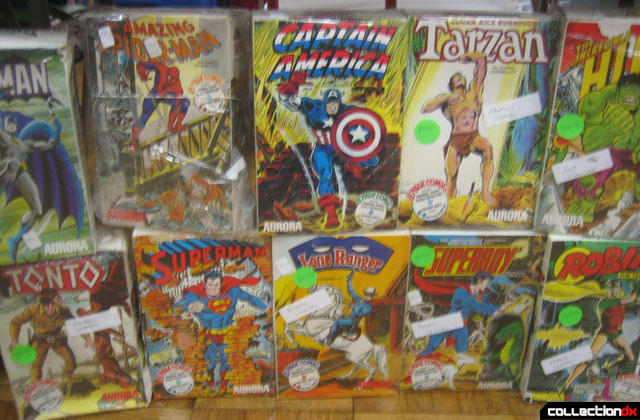 I arrived there at about 9:00 when the doors opened and grabbed some great deals when the doors first opened. The secret is if you are a Japanese model collector great bargins can be had. Within 10 minutes I grabbed some great deals from the same dealer who just seemed to have what I was looking for. I picked up a NOS MPC The Black Hole Maxmillian model kit still sealed in the box for $25.00, two Spiral Zone Extra figures also NOS for $10.00, two NOS die-cast Matchbox Robotech Excalibur for $1 each. Later I found the Macross Modeling and Fact pocket book for $4.00. It really was like the 1980’s all over again! 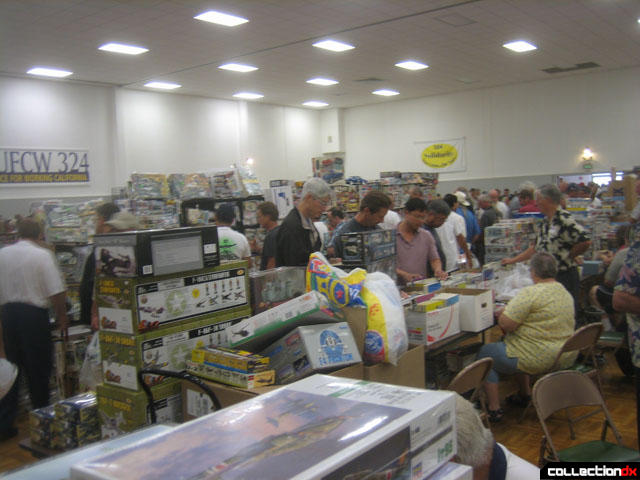 I was quite surprised that I didn’t find as much Japanese toys and models that I was looking for. Just like all vintage collectables markets these days the older items are starting to dry up. But I did leave a lot of great items behind including some Dirty Pair vinyl model kits for $15.00.

One of the dealers was pure Aurora! He had a great display of original Aurora Super Hero model kits. All in all it was a great morning grabbing some fantastic items. Right afterwards I headed out to Long Beach for another event…Macross World Con ’08. 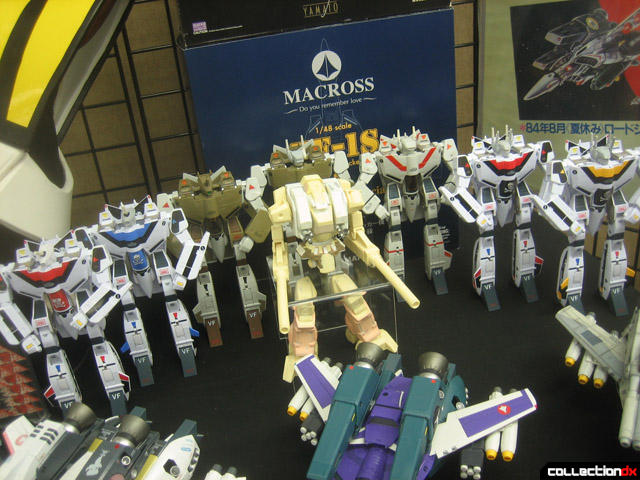 Macross World http://www.macrossworld.com/ is one of the premier websites devoted specifically to Macross. Macross World has gotten me out of a lot of corners as their Model Kit box gallery is nearly complete and they have a lot of good resources for the Macross collector. So it was nice to know that the Website is Southern California based. 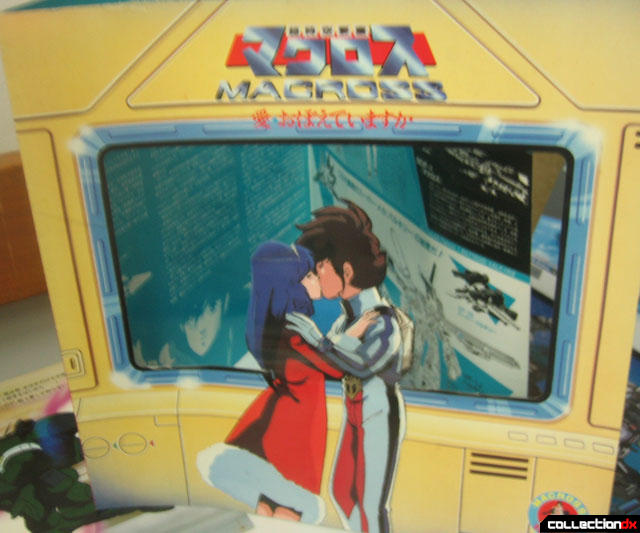 It was a small but completely involved event, maybe 150 people through the day but it was good vibes and all Macross centric! Although I visit the website frequently I still had not registered on their site. I was welcomed with opened arms and had a lot of great conversations throughout the day on Macross. One person even told me about the sad fate of Pony-Toy Go Round, a mystery to me until a long time local toy collector related the story to me. Many rare Macross items were displayed throughout the day, many that I have only read about, some I have only dreamed about! 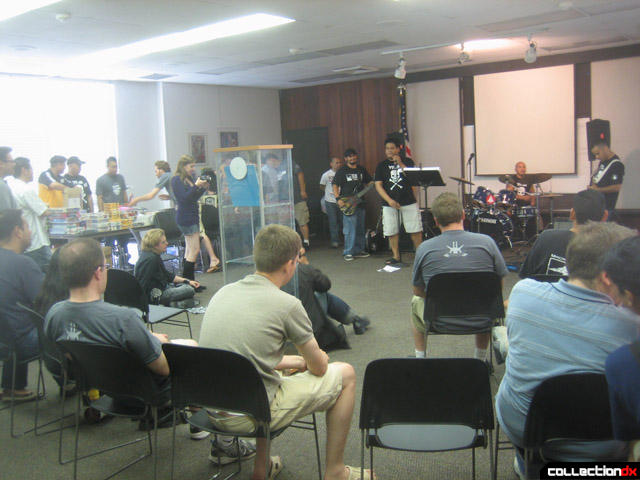 The band Boobytrap started the day off with a set of great 70’s and 80’s punk and new wave and a great hard rock version of the Macross Theme song. 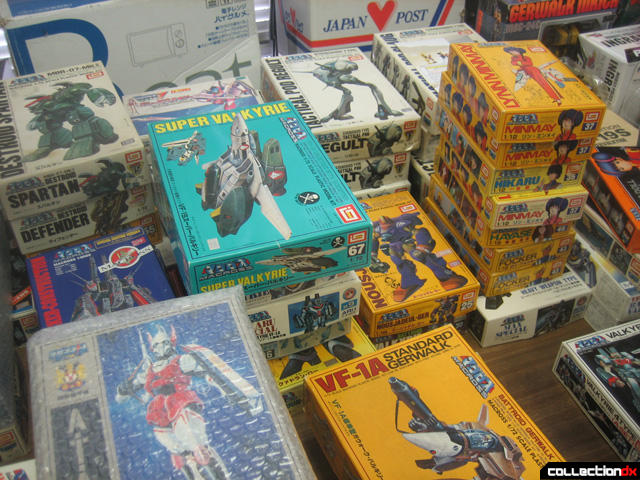 A couple of dealers brought some great original Macross items for sale and display. Some highlights were the very rare Minmei wind up doll at $50.00 (a steal!) and a bootleg Valkyrie 1/55 toy. 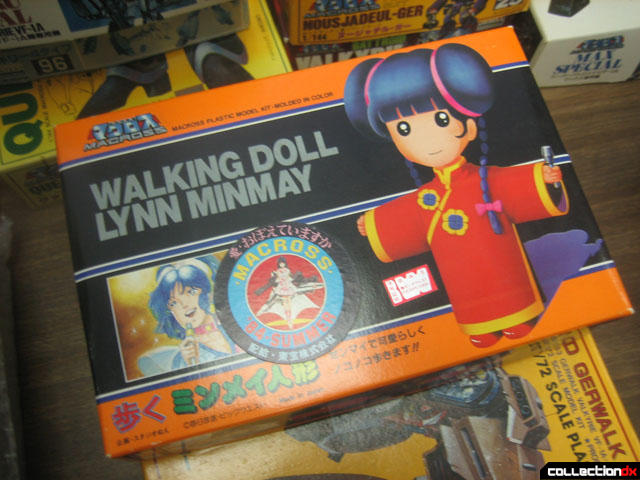 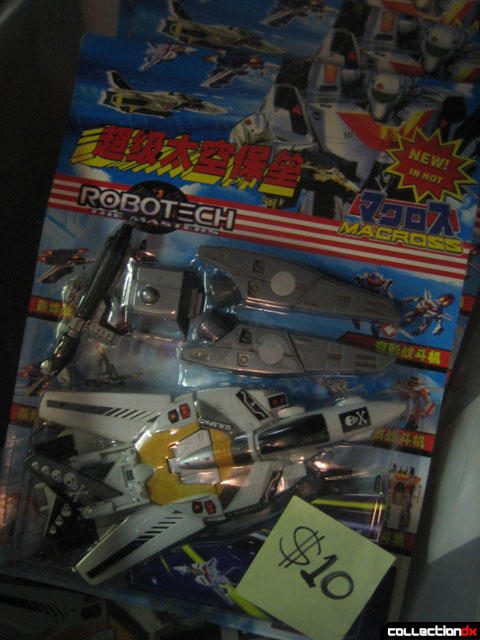 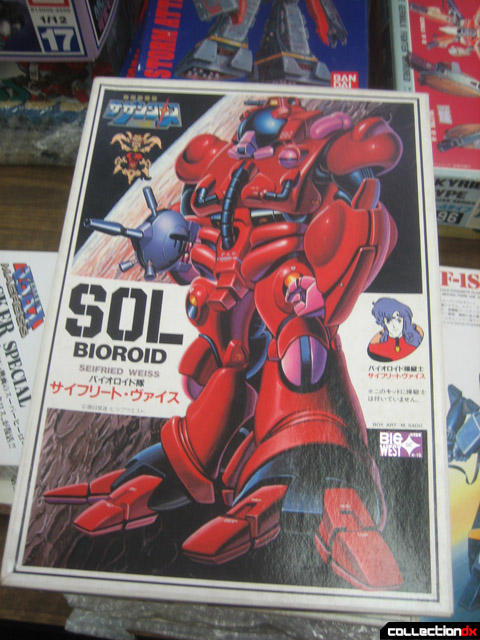 Some of the super rare display items include a Macross Rubber raft (the benchmark of Macross collecting is the Rubber Raft…. everything else is entry level!), the ultra rare Nichimo Zentraedi translator (“….This is the build one…..I have an unbuilt one at home…”), an AMAZING 1/1 scale Valkyrie Helmet and chest piece from Do You Remember Love, and a Macross Frontiers Pizza Hut Box. Later another collector brought some original artwork from many of the people who worked on Macross. Speaking of original artwork another drawing was made specifically for the MacrossWorld Con '08 and was raffled off at the end of the day to a lucky winner. 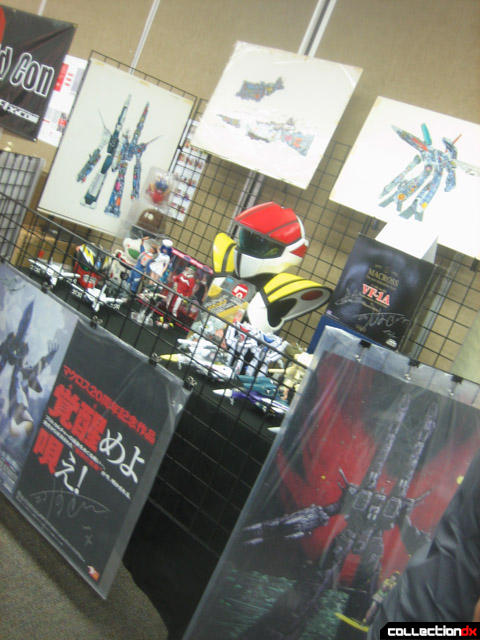 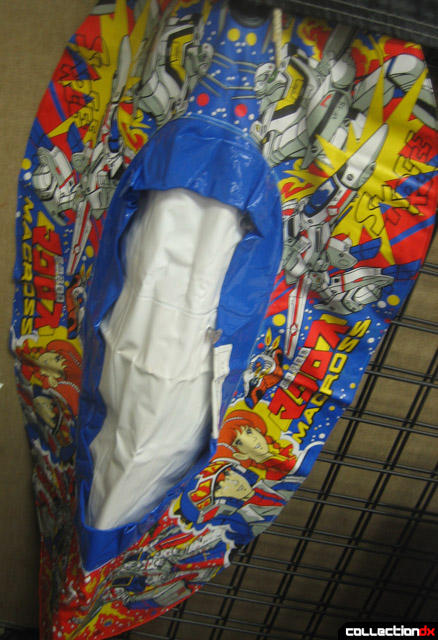 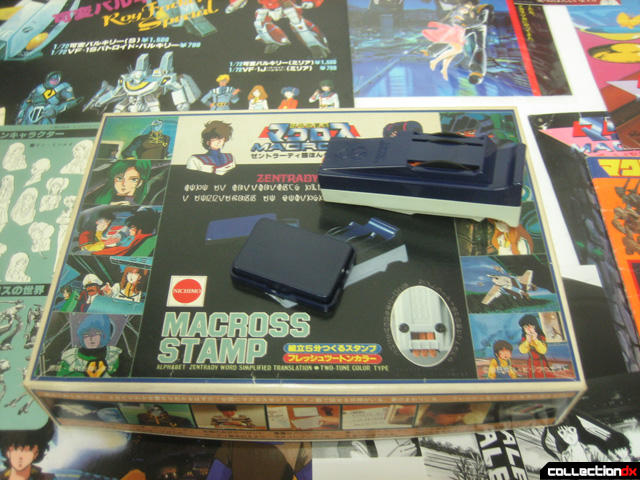 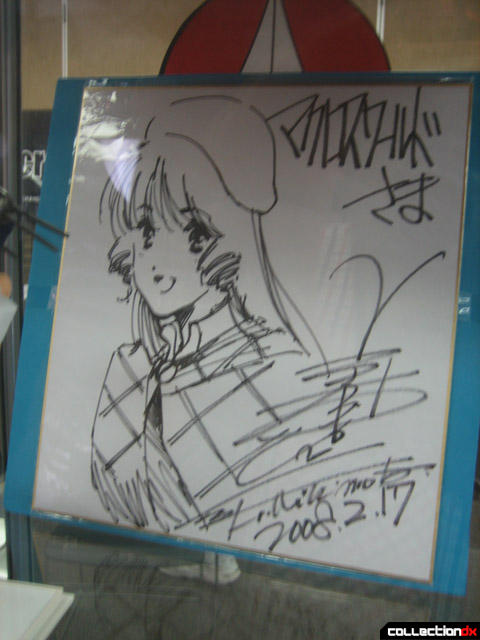 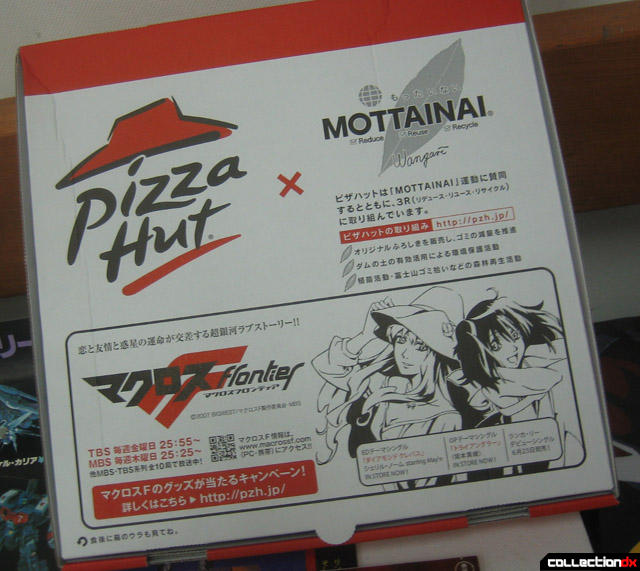 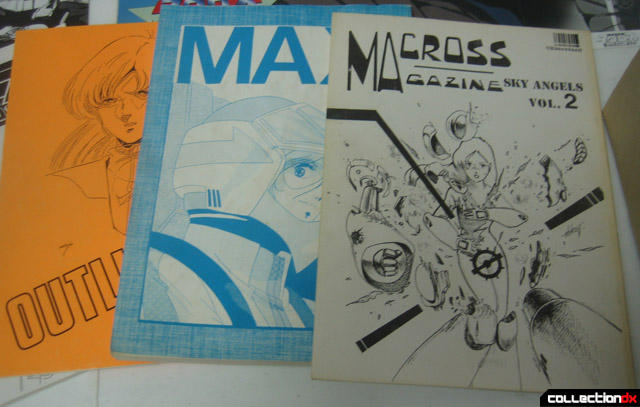 The model kit contest was actually a Macross Custom contest and there were a lot of great entries, my favorite being the giant Plush VF-1J and the Max VF-1A in disguise. I did not know customizing Macross Valkyrie toys was such a big sub-culture, the most popular customs being VF-1D toys as they never made 1/55 one back in the day. 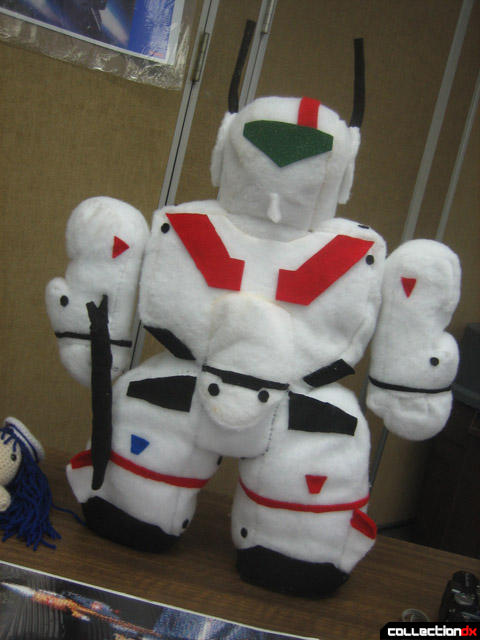 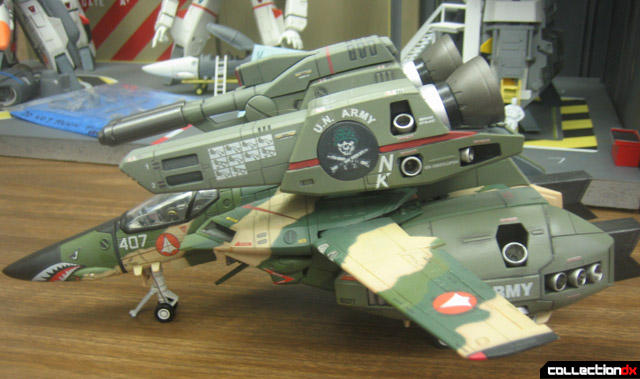 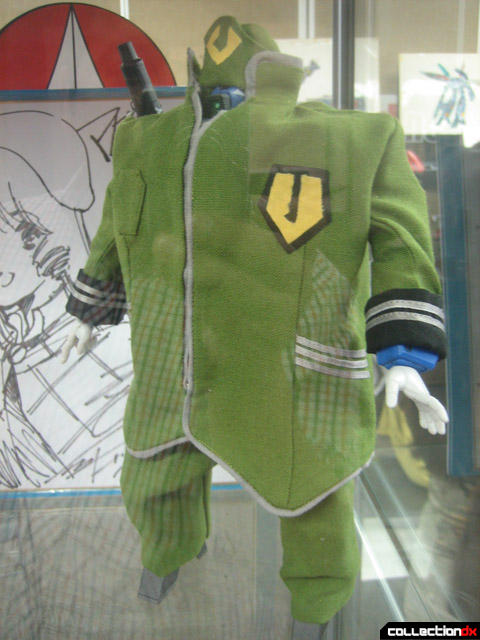 Part of the price included a free Pizza lunch and to have a slice of Macross Cake. Fantastic job on the cake my friend! 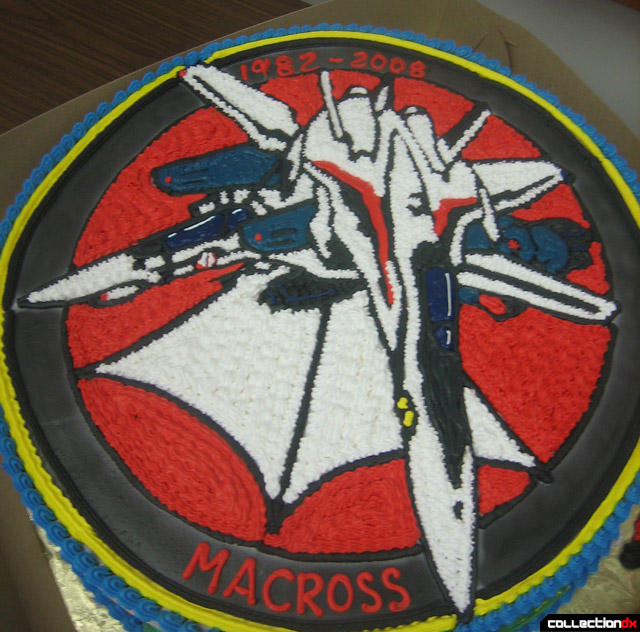 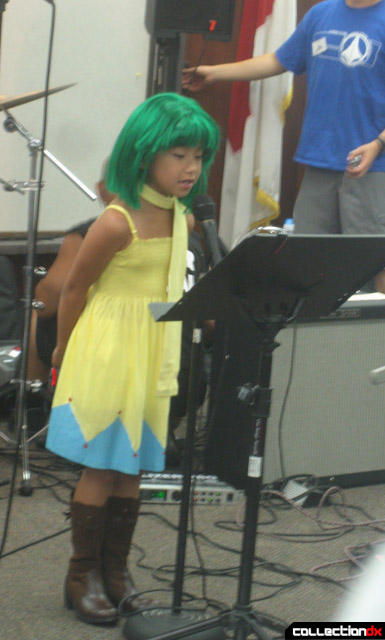 By 5:00 I was all Macross-ed out, and it was time to close shop. I had a great time talking to a good bunch of people and I wish much success to future Macross World Cons.

Two relatively un-sung cons. Wish I had a chance to attend. Comic-Con was certainly enough for me, but maybe some day...

Thanks for the coverage, Leonardo! Good to hear about events like these!

Oh, would you be interested in enlightening the rest of us regarding the fate of Pony Toy Go-Round??? :)

Thanks it was a blast and the good people of Macross World were quite happy that their small con was covered.

Pony Toy Go Round will be the focus of a feature article soon.