Funko has stepped up their game with Series 2 of DC Primal Age. These figures are more refined than their series 1 counterparts and feel more solid than ever before. I encountered no breakage that plagued past lines (although I never experienced the reported breakages, but I admit these feel sturdier).

The assortment consists of 5 figures and a beast. Included in this line are:

Let's take a look at each one. Click the headings to see full image galleries of each figure!

Bizarro am bad figure. Painted like 4th grader having seizure. Too many accessories!

Seriously though, Bizarro is great, and I love the backward S on the shield. Also note that his mace hand is opposite Supermans, such great attention to detail! 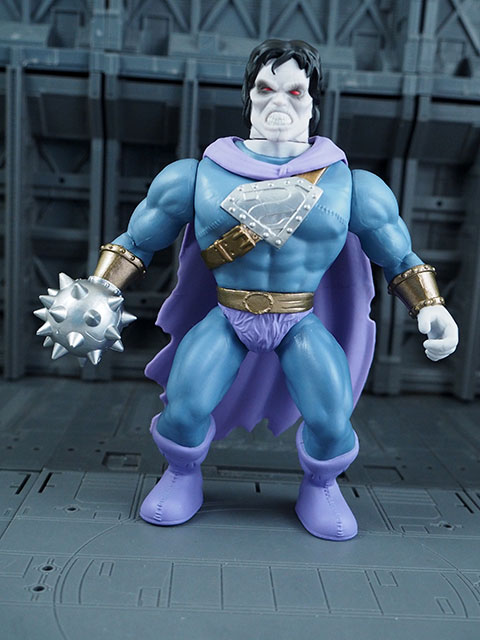 Superman has always been a boring character, at least to me. They played it pretty conservatively with this design, so there aren't many deviations from the classic design. But I have to wonder what is going on with the mace-fists? So many characters in Primal Age seem to have them. Are their hands removed and replaced with these weapons? Are they more like gauntlets? Seems inefficient either way. 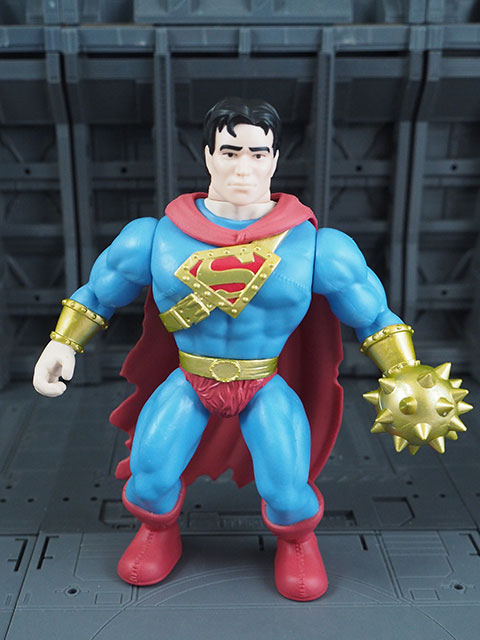 Lex's design takes a cue from the 80s DC Superheroes version by encasing him in a suit of armor. He's got a mace hand like Superman, which makes me wonder if they had some kind of arch-rival pact that necessitated amputation of their hands to be on even ground. Lex has no accessories, but his multiple pieces of armor more than make up for it. 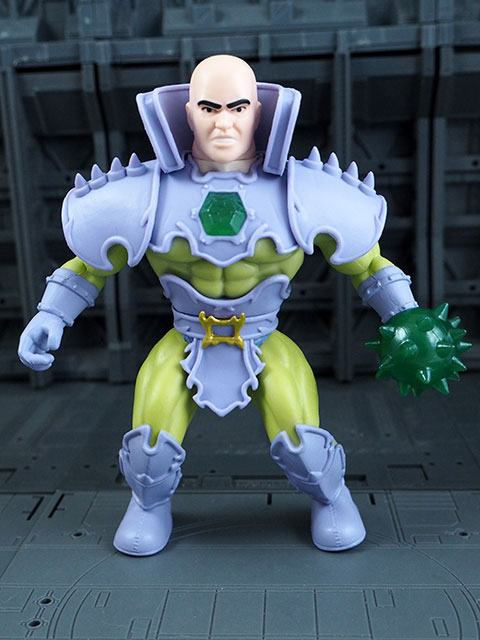 The Flash is the fastest man alive in the Primal Age. His bulky form seems to go against the runner aesthetic, but we'll go along with it for the sake of buying into the line. The Flash only includes one accessory - his lightning sword, but it's nicely detailed. Overall a fine figure, but nothing outstanding about him either. 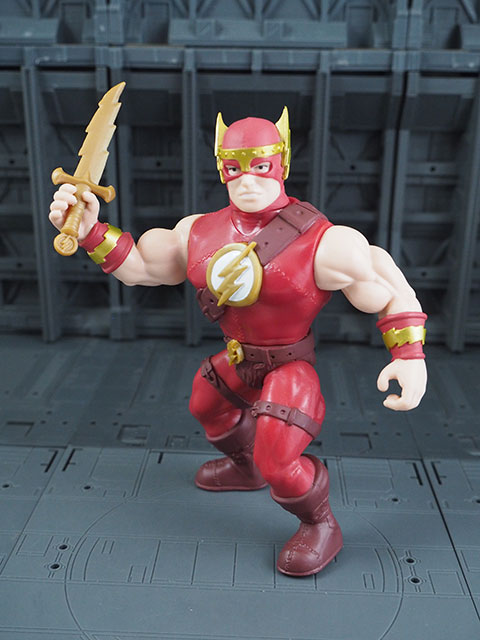 Black Manta is probably the standout of series 2. He's a cool character, to begin with, and Savage World has captured the "Captain Nemo" esque vibe perfectly. I love the detail on the mechanical parts, but I also appreciate the sculpted scales on the figure. Black Manta comes with two daggers. 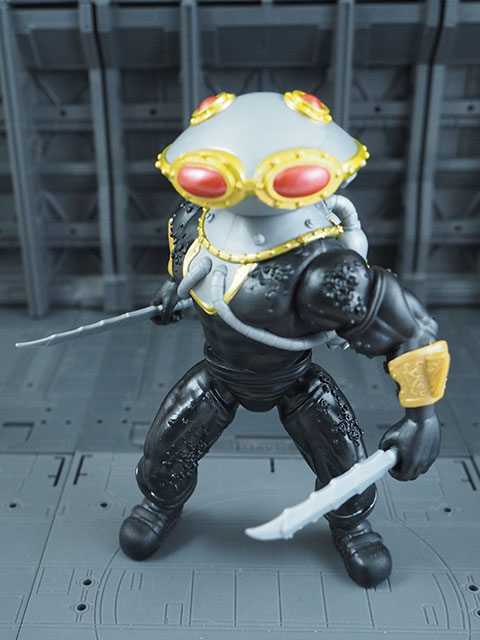 Krypto the Superdog shares a mold with the Bat-hound, but with a new rubber cowl and cape. Krypto does not have any articulation, but he looks very cool as a companion to Superman. I get that this is the Primal Age, but Superman never rode Krypto, right? 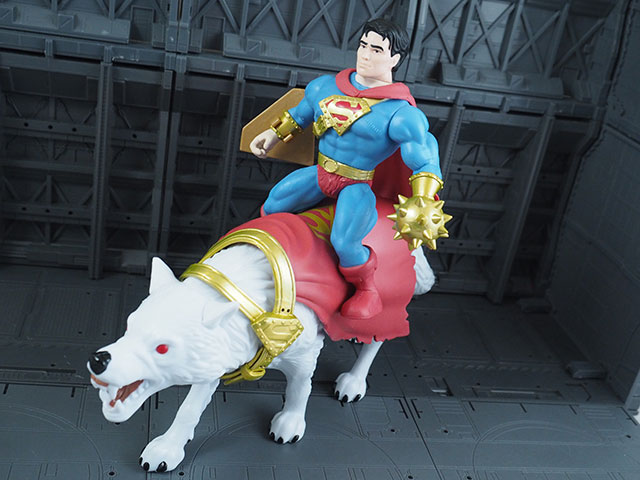