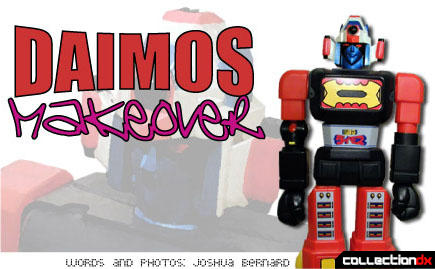 I recently had the opportunity to have my Jumbo Machinder Daimos refurbished by Dan Webber of Webber toys. Dan makes reproduction jumbo parts and stickers, and for a fee he will take your Jumbo, clean it and restore it.

I decided on my Daimos for the makeover. He was dirty, he was missing accessories, and his stickers were peeling and bubbling. Off to Dan he went. 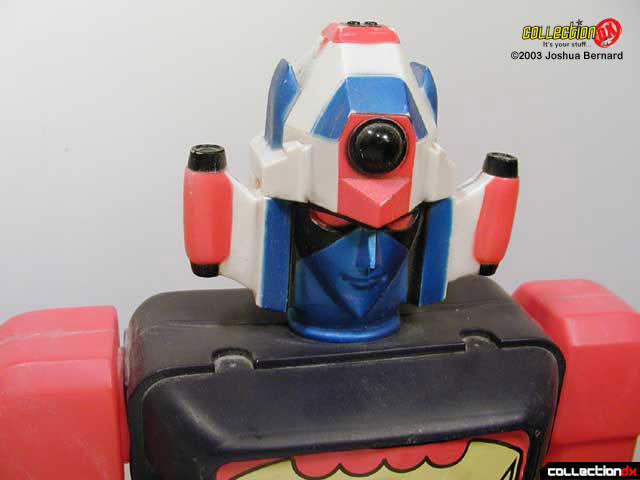 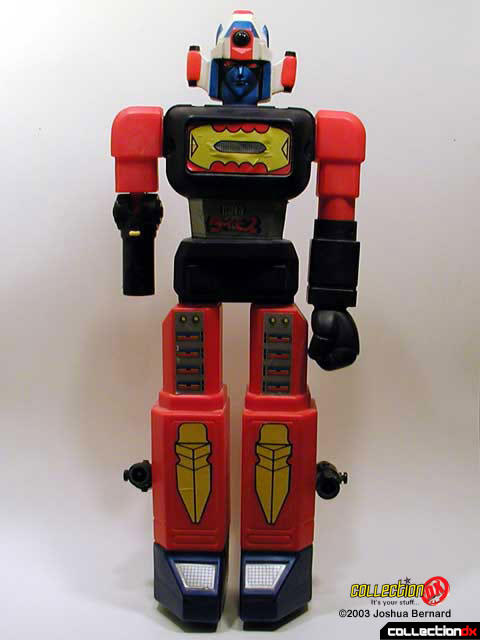 Dan takes the Jumbo and disassembles it. He removes all the stickers and adhesives. After a thorough cleaning, he re-applies his custom stickers. The stickers are vinyl with a clear coat. He also touches up the paint on painted areas, such as the head. 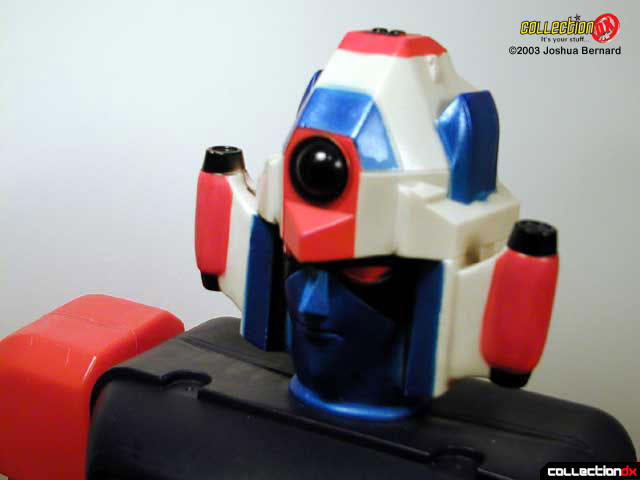 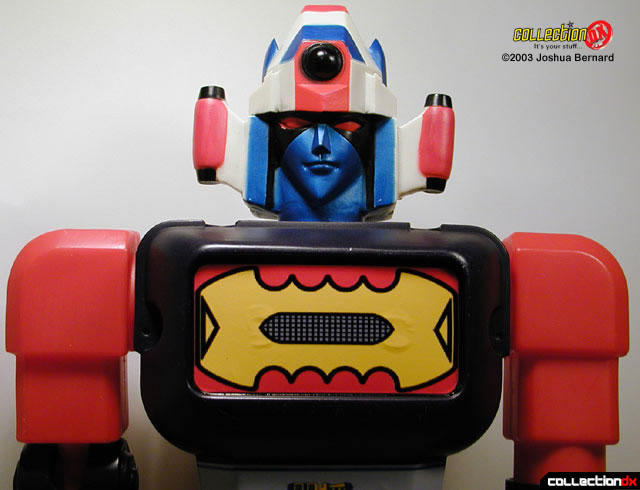 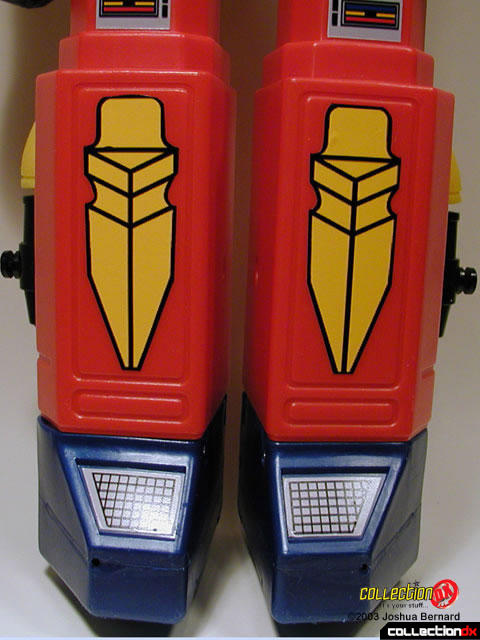 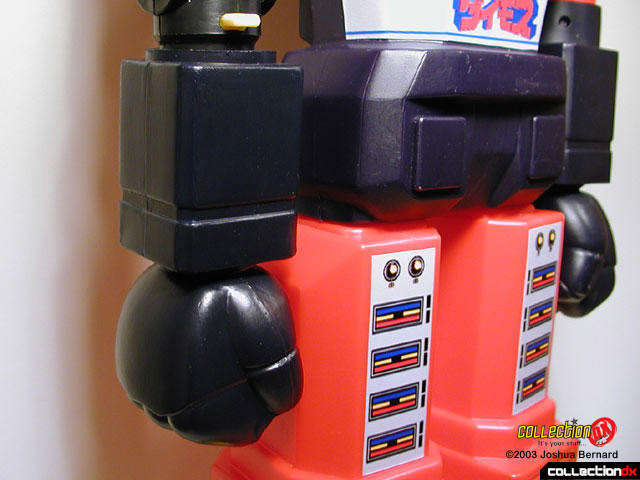 His reproduction parts are fantastic. The launching fist is molded out of white resin in 2 pieces. It is assembled and then painted to match the original color. The match is almost exact. And yes, the fist does shoot. The weight is just slightly heavier than the original. He also has made reproduction parts such as Raydeen's bowfist, Grendizer's harikens, and your standard firing missile. 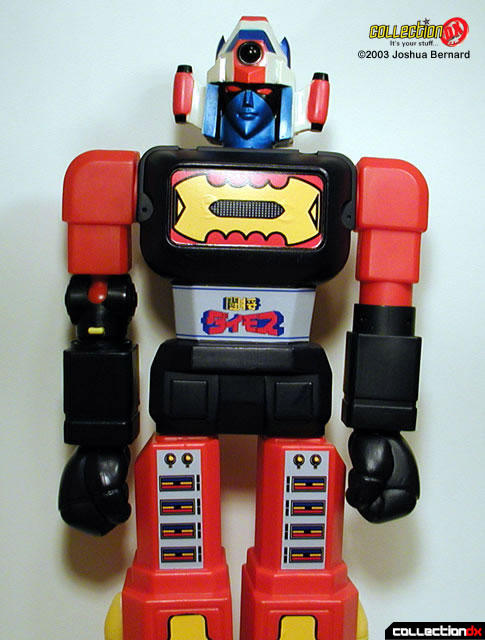 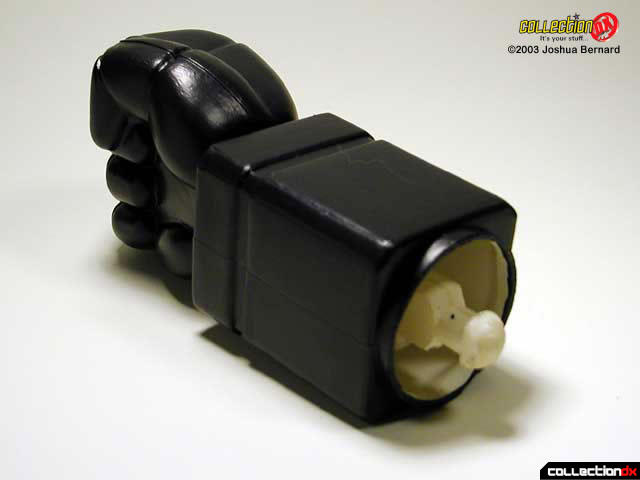 About a week later I received the completely restored Jumbo. The difference is astounding. Daimos looks like brand new.

I do have a few small criticisms. Some of the stickers are a little bit pixilated. I was informed that they are going to be re-done with a vector-based program to produce clean lines. Also, he left the original factory over spray on the head. I guess that is a matter of preference. I think I would have rather he cleaned it off.

This is a good solution if you want to breathe new life in to your old Shogun Warrior Jumbos. Check out Dan's site at www.webbertoys.com.

Dan makes reproduction parts for other Shogun Warriors and Jumbo Machinders as well: 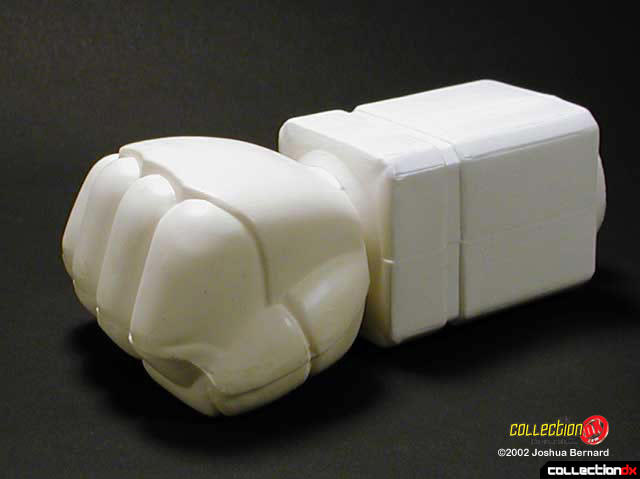 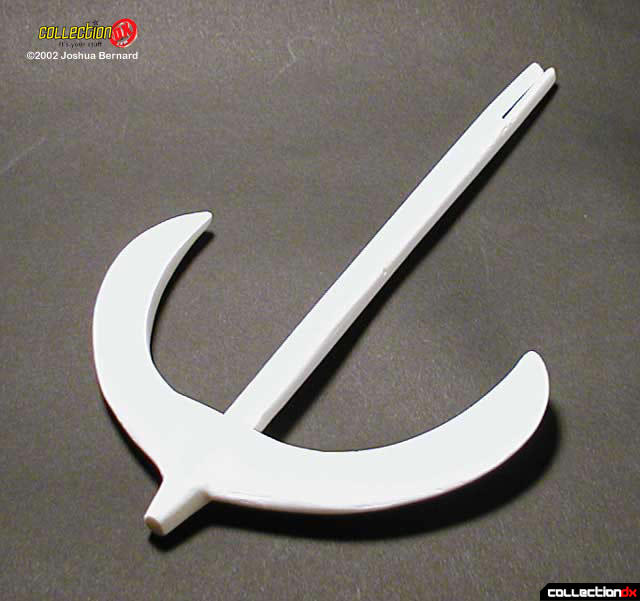 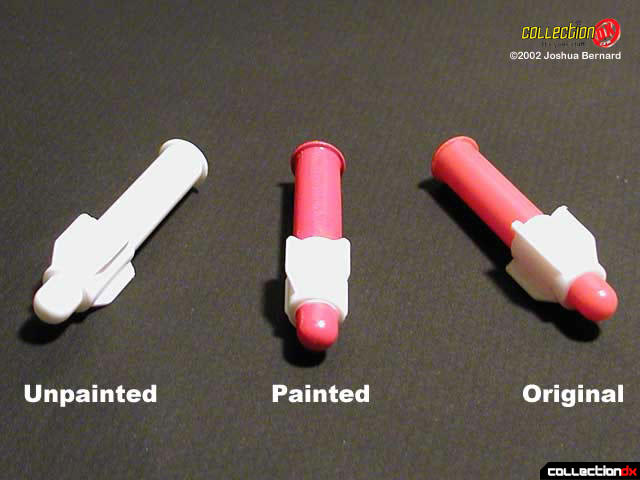 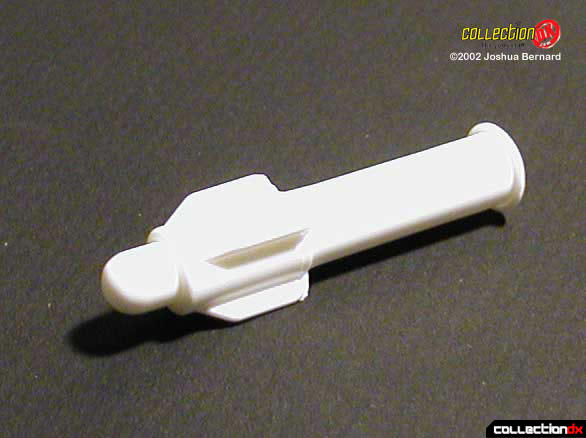 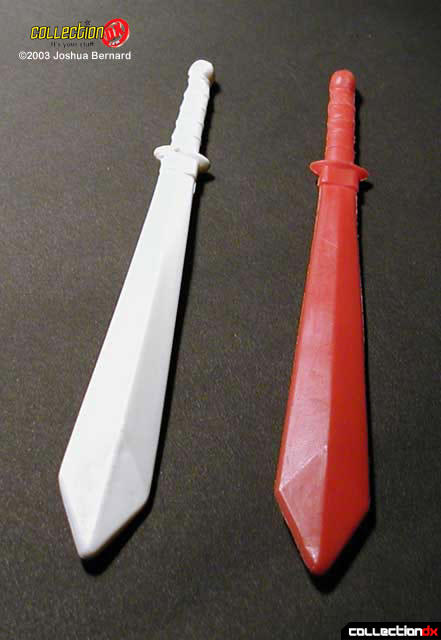 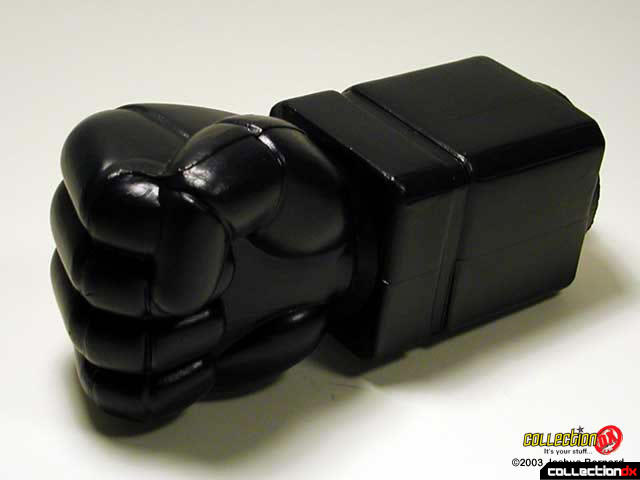 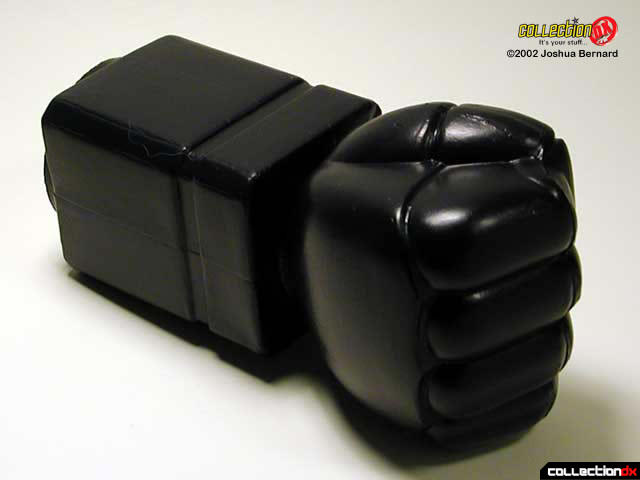 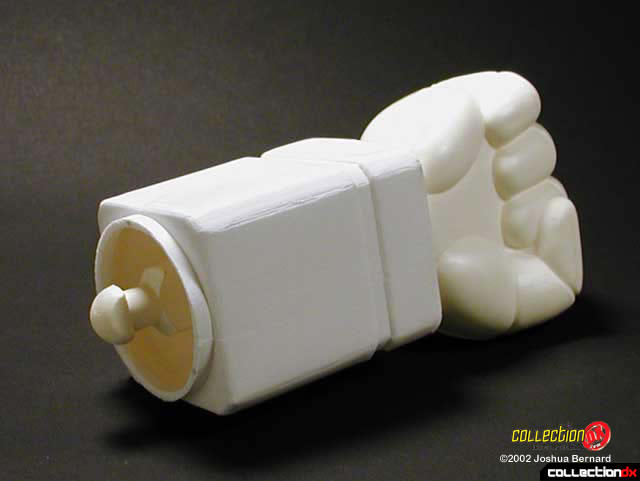 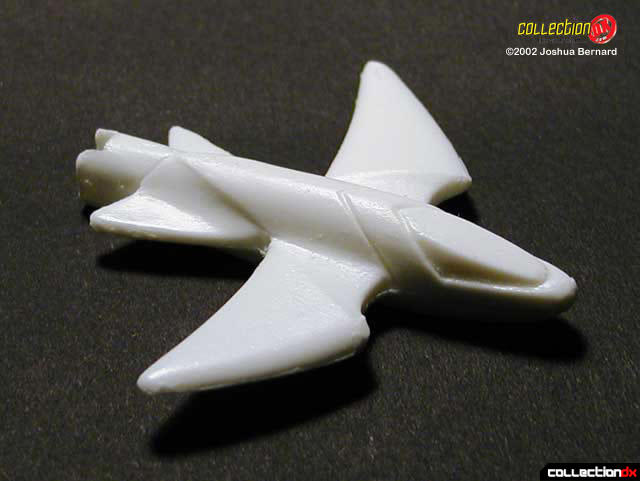 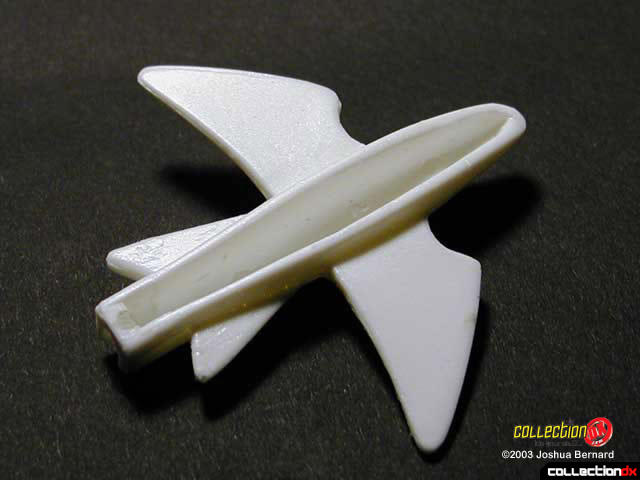 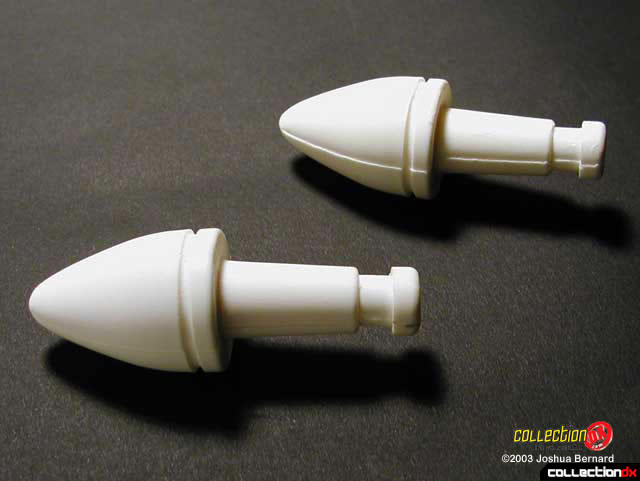 I know this is an oldie, but does Dan still offer these repro's?? I'm looking for those great looking Harkens. I think this site link is dead btw.

Nobody has seen or heard from Dan in years. I sure hope he's ok. :)

Seriously, Dan is our very own "Shogundan"! But he doesn't do the repro parts anymore. I think he sold all his molds, in fact.

Ohh- so that's how he became CDX VP, huh?

Well.. at least this review is updated now. No Webber Toys, got it.

I just acquired a complete Daimos in pretty nice shape but sans all decals. Does Dan still offer the decal repros or do you know anyone who does? I'd also be happy with scans/pdfs/etc...I'm thinking of using them as a template to do some customized ones.

Feel free to mail me in case I miss it here, it's my username here at gmail.com :)

Dan passed away, so obviously is no longer offering repros. You can try the Machindershop Yahoogroup where he used to post, i think they have them there.